Hill School gets revenge on Episcopal Academy in PAISAA first round 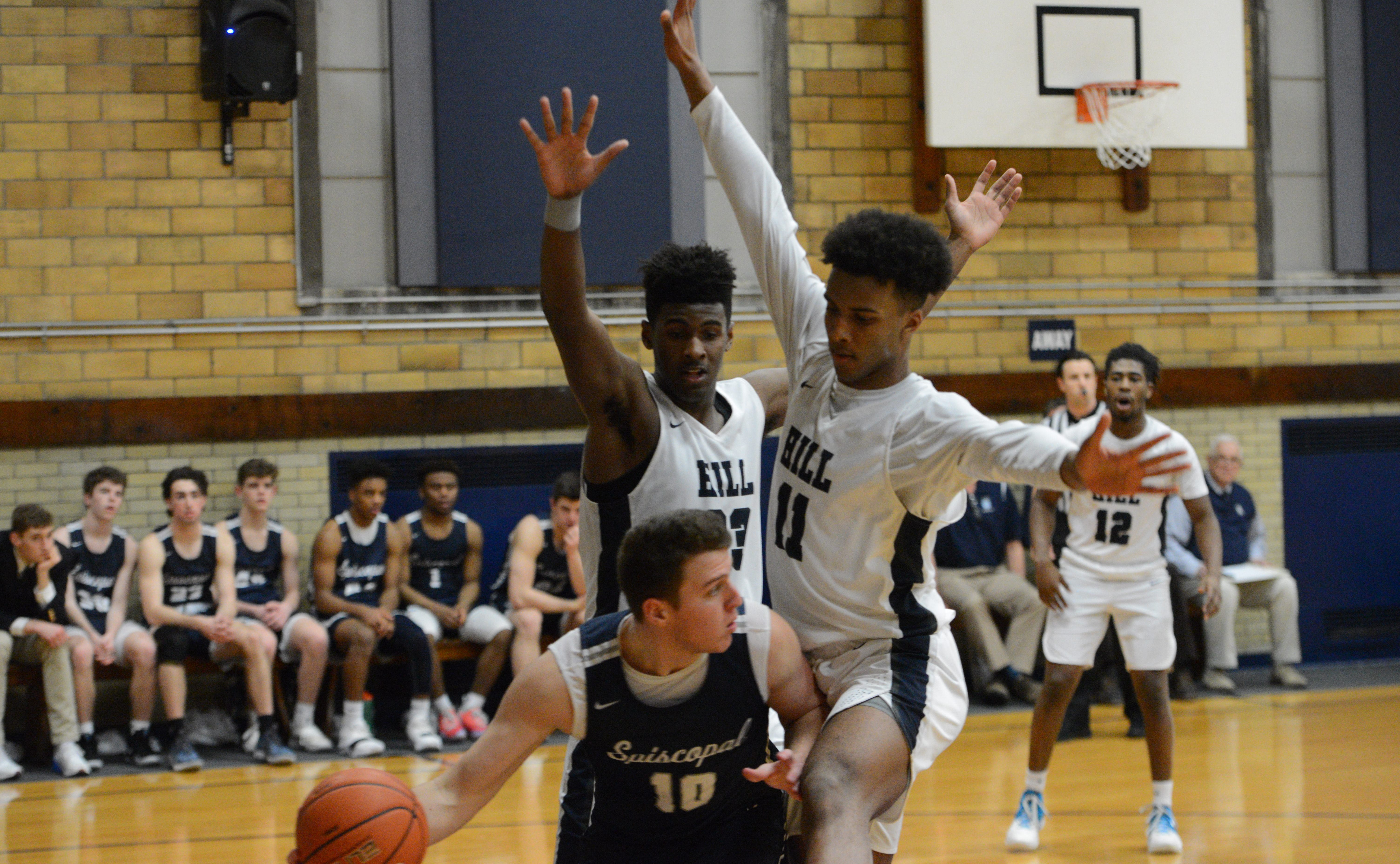 Pottstown >> The Hill School came into Friday’s PAISAA first round matchup against Episcopal Academy with an early-season loss on its mind.

The Blues fell to the Churchmen by one in the final seconds when the two teams met in December, and Hill wanted to show EA just how far it had come in the past few months since the defeat.

“We tried to forget about that, and we wanted to play with an edge, a chip on our shoulder,” Hill sophomore forward Gabe Dorsey said.

The Blues, who are the reigning PAISAA champs, accomplished their goal early, delivering a mighty punch in the first quarter and never letting EA back into the game on the way to a 69-50 win. Hill will play the Shipley School in the second round on Saturday at 4 p.m.

“It was definitely on our mind because we improved so much from that last matchup,” Hill senior forward Xavier Mayo said. “We wanted revenge and payback for a tough game that we lost last time. We were definitely thinking about that, and we were hungry to win.”

The Hill blitzed EA with a 24-4 first quarter. Episcopal Academy head coach Craig Conlin said the result of the first period was caused by a mixture of his team coming out “sleepy” and Hill’s agenda for revenge.

Mayo set the tone early as he powered his way to seven first-quarter points, while Dorsey added six more in the quarter.

Hill kept a large margin throughout the rest of the game, leading 37-20 at halftime and 56-36 after three quarters.

After a strong defensive first quarter, the Blues continued to make shots. It didn’t matter who was on the floor.

In total, nine Hill players scored on Friday. Mayo, Dorsey and senior Syre Gruber, who came off the bench, led the team with 13 points each.

Senior guard Matt Dade led all scorers with 25 points and was the only EA player to reach double figures.

Dade has turned in a tremendous senior campaign for Episcopal, earning first team All-Inter-Ac honors for the second season in a row.

“He’s been phenomenal for us,” Conlin said. “He’s been a great leader for us. He obviously has great playing ability. I think he’s a tough cover. I think he’s a mismatch … He’s had a phenomenal and outstanding year for us, and he’s been by far our best player. And he’s an absolutely great kid, no maintenance kid. I’m so proud of the player that he’s become.”

The Blues’ second round matchup with Shipley is also an early season rematch. Hill lost 56-51 on Nov. 28.

“We’re definitely looking for revenge against them as well,” Mayo said.