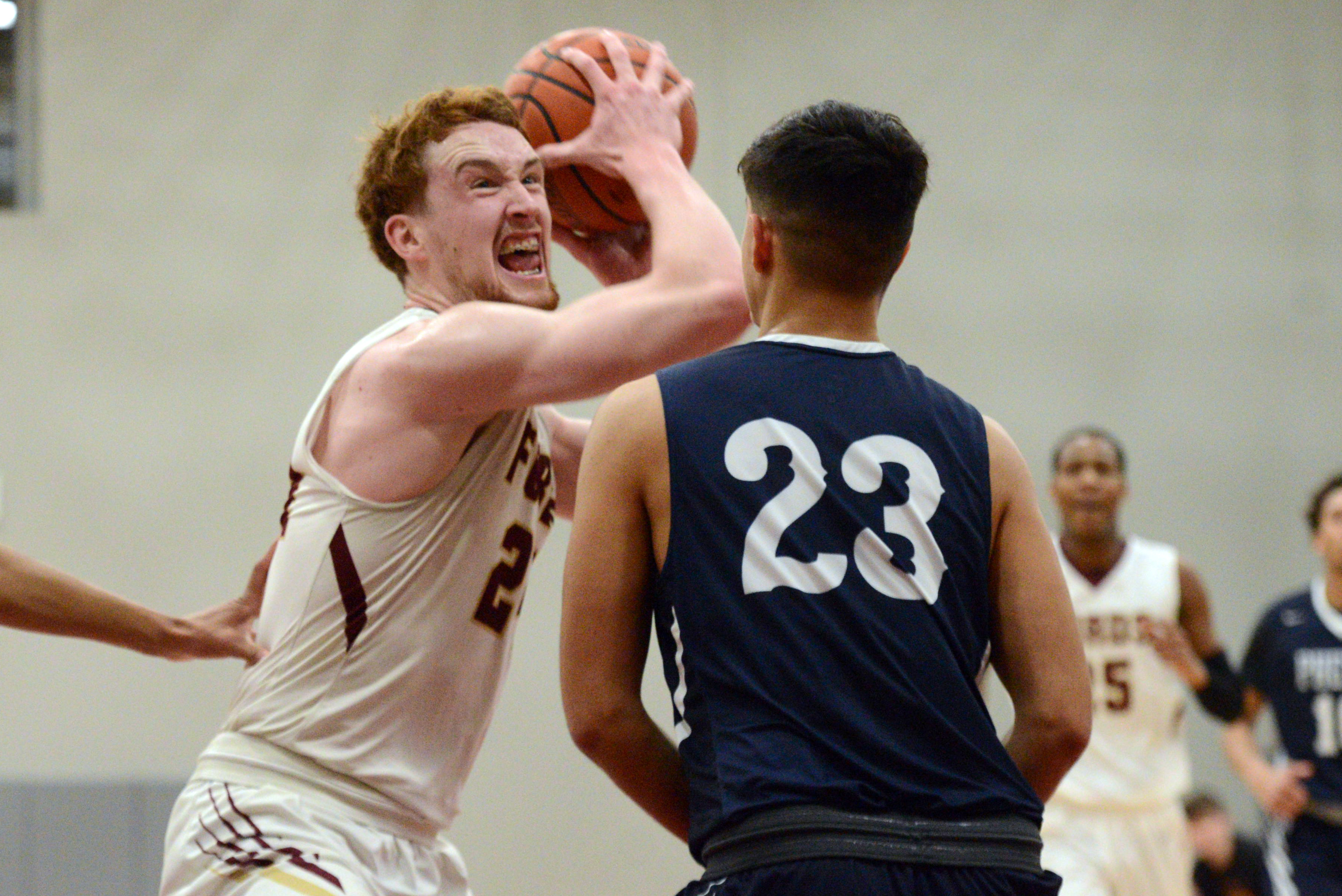 WHITPAIN >> It won’t be too long until Jameer Nelson Jr. and Christian Ray are rivals, not teammates.

After this season, Ray is headed to La Salle, while Nelson will take a prep year before joining him in the Big 5 at St. Joe’s, where his father starred.

With an 84-58 victory over Phelps School Friday in the Pennsylvania Independent Schools Athletic Association semifinals at Montgomery County Community College, in which Ray and Nelson combined for 48 points, the two friends postponed the rivalry for at least one more game.

Christian Ray had 28 points in @FordsBasketball’s win over Phelps. Here he is on getting back to PAISAA title game and how he took over after a scoreless first quarter. pic.twitter.com/3zGVDyiId6

The Fords (27-0) will play Westtown School Saturday at Jefferson University for the PAISAA title. They lost in the final last year, and rectifying that is the final jewel in a crown that includes the last two outright Inter-Ac titles.

Haverford got hot from deep early to build an 18-11 lead after the first quarter. Senior guard Gavin Burke and Nelson each hit two 3-pointers, and senior forward Asim Richards added another.

The hot start from beyond the arc opened driving lanes for the Fords.

“When we hit outside shots, it makes them come out, and I think we’re good enough to be able to blow by people when they come press us,” Ray said. Haverford used defensive pressure to force the Lions into turnovers and get out in transition in the second quarter. The Fords started the second on a 12-2 run to build a 19-point lead.

The Fords took a 36-21 advantage into halftime. Nelson, who finished with 20 points, had eight points in the first half. Burke had nine, and Richards scored seven.

The third quarter belonged to Ray. After six first-half points, he exploded for 15 in the the third. His play helped Haverford coast into the final period with a 62-37 lead.

“It’s amazing when you’ve got somebody on your team who can just put the team on their back any time that they need to,” Nelson said. “He just opens up the floor for not only himself, but everybody.” Behind Nelson and Ray, Burke finished with 11 points for Haverford. Justin Anderson (in a post-grad year after two seasons at Archbishop Carroll) and Ronnie Ellis tied Slay with a team-high 12 points for the Lions.

Haverford lost to the Hill School in last year’s title game. The Fords will have a shot at redemption against Westtown Saturday.

Nelson hopes he and Ray have one last victory together before they head their separate ways. After that, a new rivalry will begin.

“I’m not gonna lose to him ever,” Nelson said. “But it’s fun winning with him.”