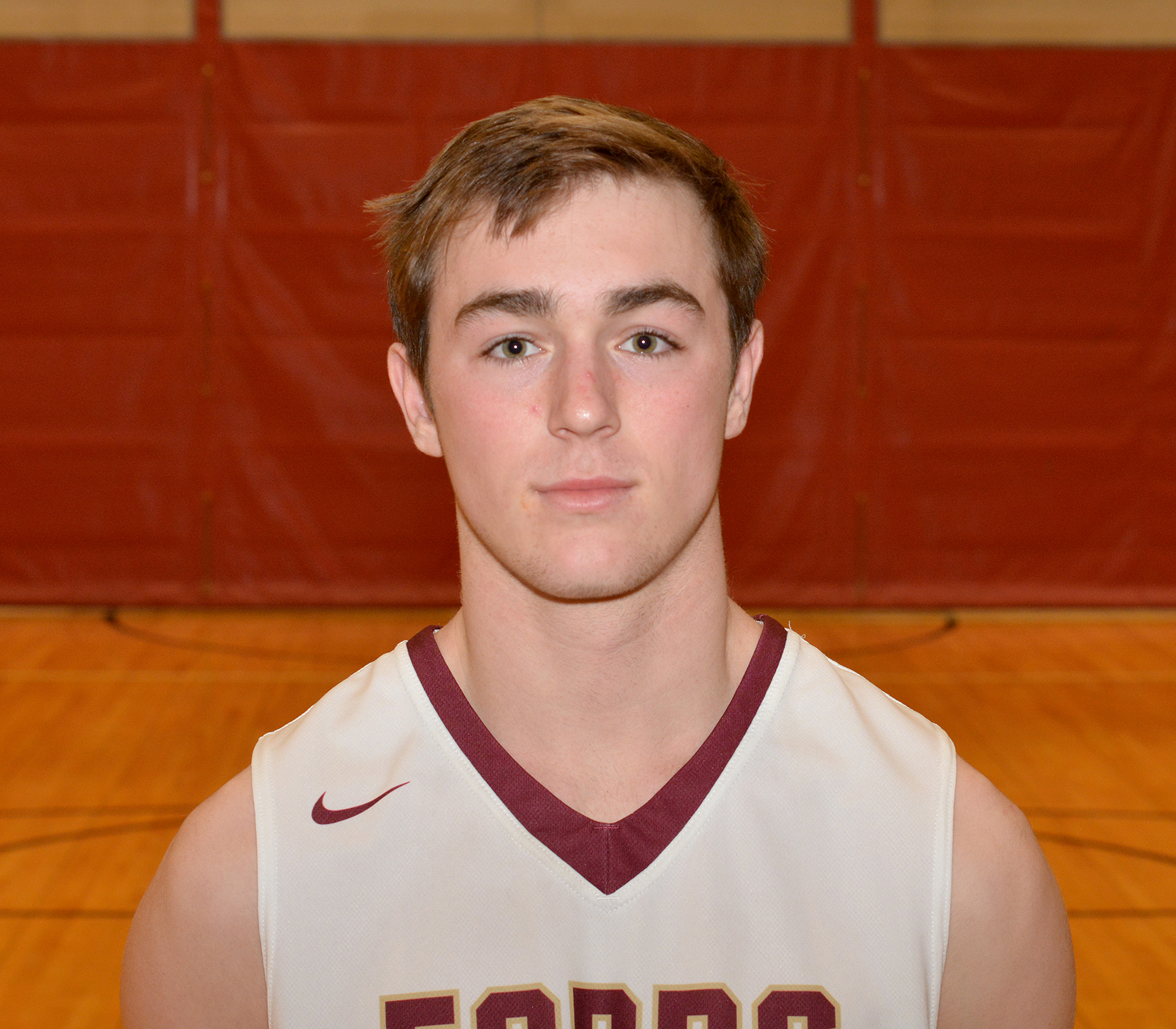 The junior guard, a third-year starter for the Fords, has played a key role in Haverford School posting its first 10-0 Inter-Ac record since 1927, and its first Inter-Ac title since 1999. Burke leads the Fords in three-point percentage, and has taken the most charges for the squad. In the Fords’ final Inter-Ac contest Feb. 9, Burke scored 16 points in a 79-66 win against Penn Charter. A fine all-around athlete, he has verbally committed to Villanova University for lacrosse.

Q: What did winning the Penn Charter game mean to you? What is your most vivid memory of this game – can you share it with us?

A: That win was huge for us as a program. We haven’t won the league since 1999, so winning that game was a really sweet ending to the league games. Winning that final game to go 10-0 was what we as a team worked for all year. The most vivid memory from the game was giving our team manager a jersey to suit up. He’s been our team manager since I was a freshman and it was awesome to rally behind him, especially when he got into the game.

Q: What do you feel has been the biggest key to your productive 3-point shooting this season?

A: The biggest key to my shooting this year was the guys surrounding me, giving me open shots. It’s a lot easier to make a shot when you get a wide open assist or a great screen to get free.

Q: What do you feel is currently the strongest aspect of your game?

A: I’d say the strongest aspect of my game is 3 point shooting. We work on a lot in practice, and it’s a lot a fun to get in shooting rhythm, especially with the other guys on the floor.

Q: Do you feel your basketball training helps you in any way(s) for lacrosse?

Q: You lead the team in charges taken. What has been the key to your success in this area?

A: The key to all the charges this year is the team defense we’ve played. When your teammates are playing great on ball defense, it makes it easier to read the play and set up for a charge.

A: The biggest basketball mentor has been my Dad. He was my coach all through middle school, and he taught me how to play. Also, playing with guys like Tommy McNamara and Micah Sims really showed me how to play hard.

Q: What uniform number do you wear for Haverford School?

A: I wear No. 4 in basketball and No. 35 in lacrosse. I got both of those numbers when I was a freshman, and they were kind of the only ones open, so I decided to stick with them throughout high school.

Q: What attracted you to Villanova?

A: I’ve been a Villanova fan from birth, and I’ve always wanted to play for the school I grew up rooting for.  I’m proud to be joining such a high caliber lacrosse program.  I’m interested in studying business there, and I think I want to pursue a career path along that field.

Q: What extracurricular activities are you involved with at Haverford School other than basketball and lacrosse? What sparked your interest in these particular activities?

A: Although lacrosse and basketball takes up most of my time, I am involved in a student mentorship program at Haverford. What sparked my interest was that one of my best friends ran the program, and he made it clear that it was a great program to join.

Person I most admire: “My grandfather, because he always does what’s right and is my biggest fan.”