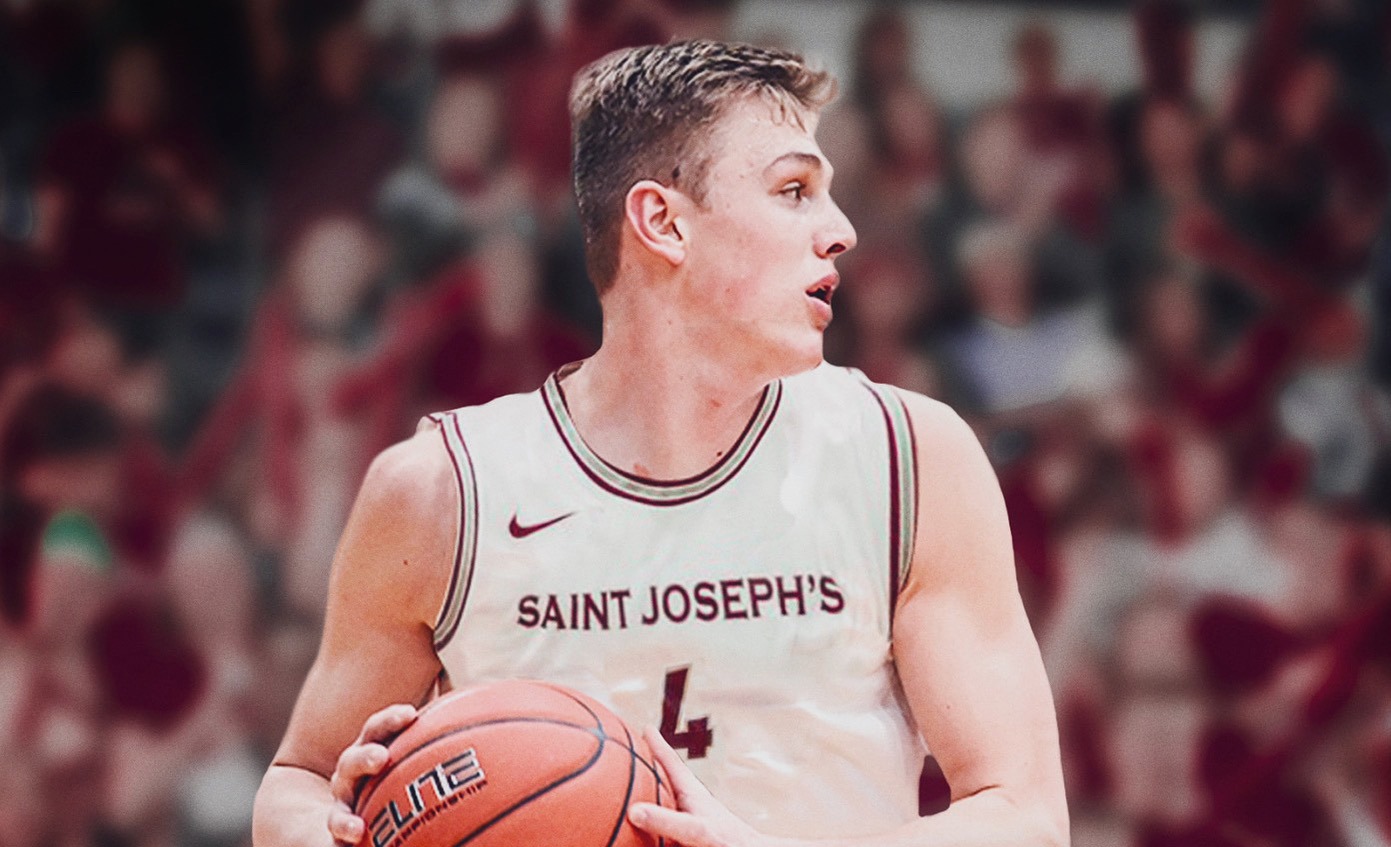 Jack Forrest, who finished his Lower Merion basketball career last year with 1,209 points (eighth on the school’s all-time list), is coming back “home” to play only a few miles away, at Saint Joseph’s University.
Forrest, who was the 2019 Central League’s Most Valuable Player, is transferring from Columbia University, where the 6-foot-5 guard had a solid freshman campaign, averaging 25 minutes a contest as well as 8.9 ppg (third on the team) and shot a team-best 35.2 percent from three-point range.
“We are excited to add Jack to the story of Saint Joseph’s basketball – our studies of him brought us to a conclusion that he has great upside as a student-athlete and ambassador on Hawk Hill,” said Saint Joseph’s men’s basketball head coach Billy Lange. “He comes from a driven family, he is a special student, has a skill set we highly value, and played for a terrific high school program in Lower Merion that prides itself on a connection and competitive spirit that aligns with what Saint Joseph’s and this program have always been about.”
In a commitment statement Forrest released on April 1, the day he decided to transfer to Saint Joseph’s, he said, in part, “In Coach Lange and Saint Joseph’s University, I believe I’ve found exactly what I’m looking for. It took a few days for Coach Lange’s message to resonate with me. I thought to myself, Columbia to St. Joe’s would be sort of… unorthodox. But the more I connected with their staff, and the more research I did, I saw how perfect that unorthodox decision would be for me.
“Hawk Hill is an incredible basketball community with some definite parallels to my high school program. A storied tradition. A legacy of excellence. Toughness, pride and passion. People who do things differently and aren’t afraid to take chances.”
Columbia’s final game of the 2019-20 season was an 85-65 loss to Penn March 7 in which Forrest scored 13 points. Four days later, Forrest told Lion head coach Jim Engle that he was opening up his recruitment.
“I’m forever grateful for my experience at Columbia,” said Forrest in his commitment statement. “I’ve met amazing people and had the opportunity to go to a great school and play Ivy League basketball. Columbia will always hold a place in my heart. Most significantly though, I learned what drives me.
“A big part of the motivation in choosing an Ivy League school is to guarantee what happens after you’re done playing. It makes total sense. It’s a smart and strategic investment. Maybe I’m crazy, but what I began to feel in my heart is that for me basketball is not a means to an end – it is a way of life. And it’s something worth sacrificing for, even if that means taking a few risks. With Kobe’s tragic passing, that became even clearer to me. He was so driven, so focused on his goals.”
Although in-person recruitment ended a few days after Forrest opened up his recruitment, he soon received a call from Lange.
“Coach Downer [Lower Merion boys’ basketball head coach Gregg Downer] called Coach Lange after I had opened my recruitment, and after watching film of me, Coach Lange called me, and I made the decision to transfer to Saint Joseph’s,” said Forrest. “I really like Coach Lange, he’s very, very personable, a family man, and he’s got NBA experience. He knows what it takes to get to the next level.”
Downer said, “I’m very, very excited to have Jack joining Hawk Hill. I have known Coach Lange for a long time and I see great things ahead for both of them.”
At Lower Merion, Forrest led the Aces to three Central League titles, and earned All-State Third Team honors as a senior. During his senior year, he averaged 19.5 ppg and 6.0 rpg and nailed 66 treys in 19 games, converting 44.3 percent from three-point range.
Forrest will sit out the 2020-21 season per NCAA transfer rules.
“Coach Lange and his staff have a vision for their program and for me and they talk in specifics,” said Forrest. “I know that committing to a program like St. Joe’s comes with certain challenges. I’m excited that one of those challenges is being around people who care. Coaches and teammates who will push me and hold me accountable and die-hard fans who will, too.
“I am beyond grateful to Coach Lange for the opportunity to be part of one of the greatest college basketball programs in America. My parents are really, really excited that I’m going to be playing for Saint Joe’s – they’ve been really supportive throughout this – and it will be nice to get a home-cooked meal. And I am grateful for having amazing coaches like Coach Downer who have helped me become the player and person I am today and helped me believe in what I can become. I can’t wait to play in Hagan.”