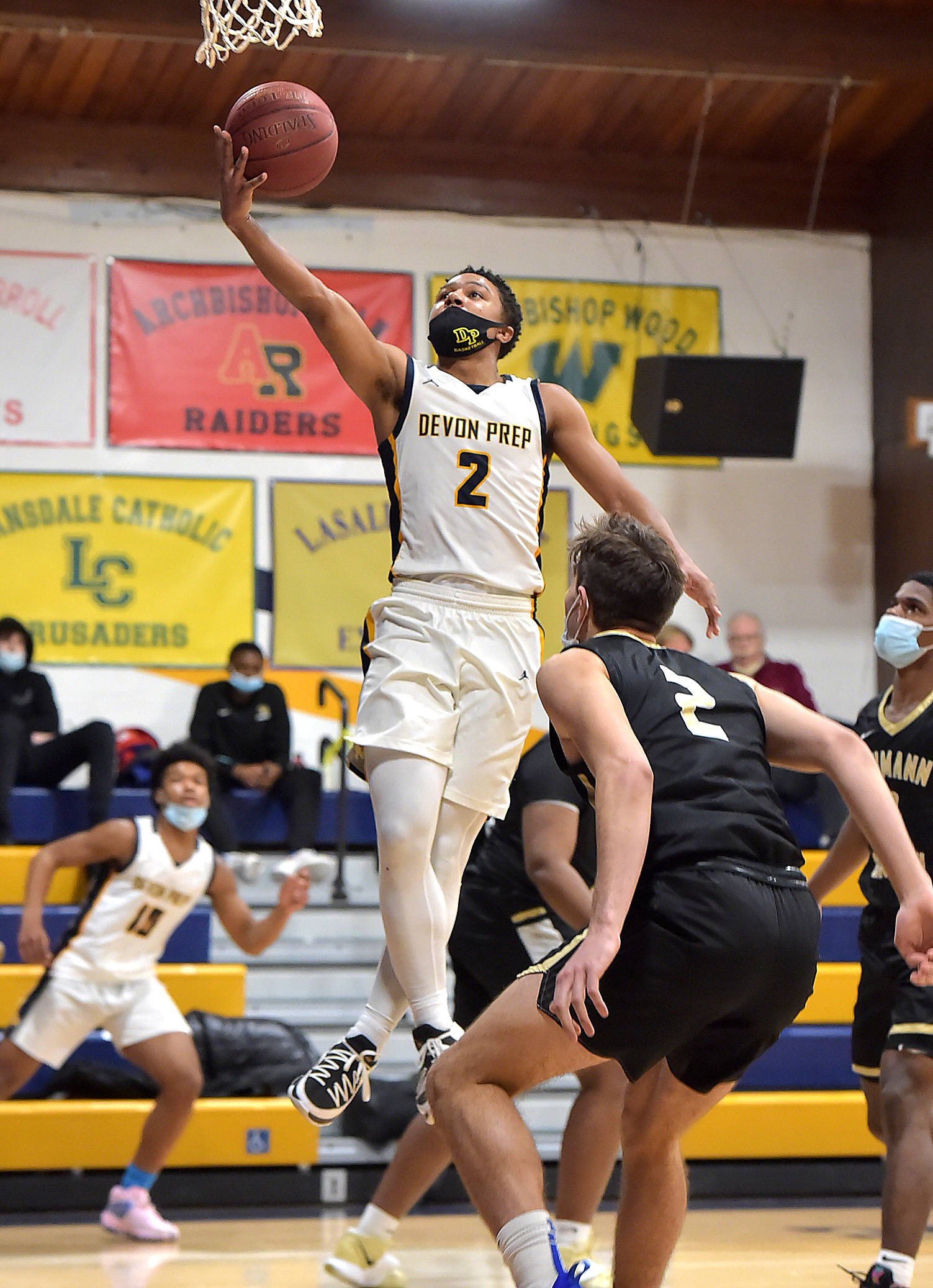 Hicks averaged 14 points per game as the Friars’ senior point guard was arguably the best on-ball defender in the Inter-Academic League. Hicks is headed to play his collegiate basketball at Towson University next fall.

The Moose senior averaged 17-2 points per game to go along with six assists and was the main offensive threat for a 20-win Moose squad. Warley will play his college basketball at Florida State University next fall.

The Tide junior shooting guard, and transfer from West Chester Rustin, was a big reason Devon Prep qualified for the Philadelphia Catholic League playoffs this season. Pettit averaged 13.5 points per game and sank 43 3-pointers for the Tide.

The Longhorns senior averaged 17 points per game and was one of the deadliest 3-point shooters in District 1 as the main offensive threat for the Longhorns. Nest fall he will be playing his college basketball at Ursinus University.

The silky smooth Whippet point guard led Downingtown West with 18 points per game to go along with five assists per game. Blair was the key to the Whippets reaching the District 1 6A playoffs.

When a team faces hardships or adversity, it looks to its coach to be a leader and carry the team to its highest level.

This 2021 season saw many challenges for the West Chester Rustin boys basketball team, including a shutdown during the season due to COVID-19, and injuries to many key players.

But, the Golden Knights still managed to capture the Ches-Mont League American Division title, and win two District 1 Class 5A playoff games before succumbing to Chester in the District 1 title game with two of their starters being out with injuries. It is for leading this talented group of young men through these hardships that Keith Cochran is The Daily Local News All-Area Boys Basketball Coach of the Year.

“This team grew a lot as the season went on,” Cochran said. “They learned that what us coaches were telling them would work and a light went off and they believed in us and each other. They started to focus on tape study and defensive assignments and there was absolutely no drama with this team. They all played for each other and cheered for each other. It was a great group of kids to be around.”

Cochran is the only coach West Chester Rustin has ever had since the school opened in 2006. He has put West Chester Rustin on the map in District 1 as a team that is always going to compete to its fullest and will always be a major player every year. This season, despite many injuries and a COVID shutdown, the Golden Knights reached the peak of their abilities as a squad.