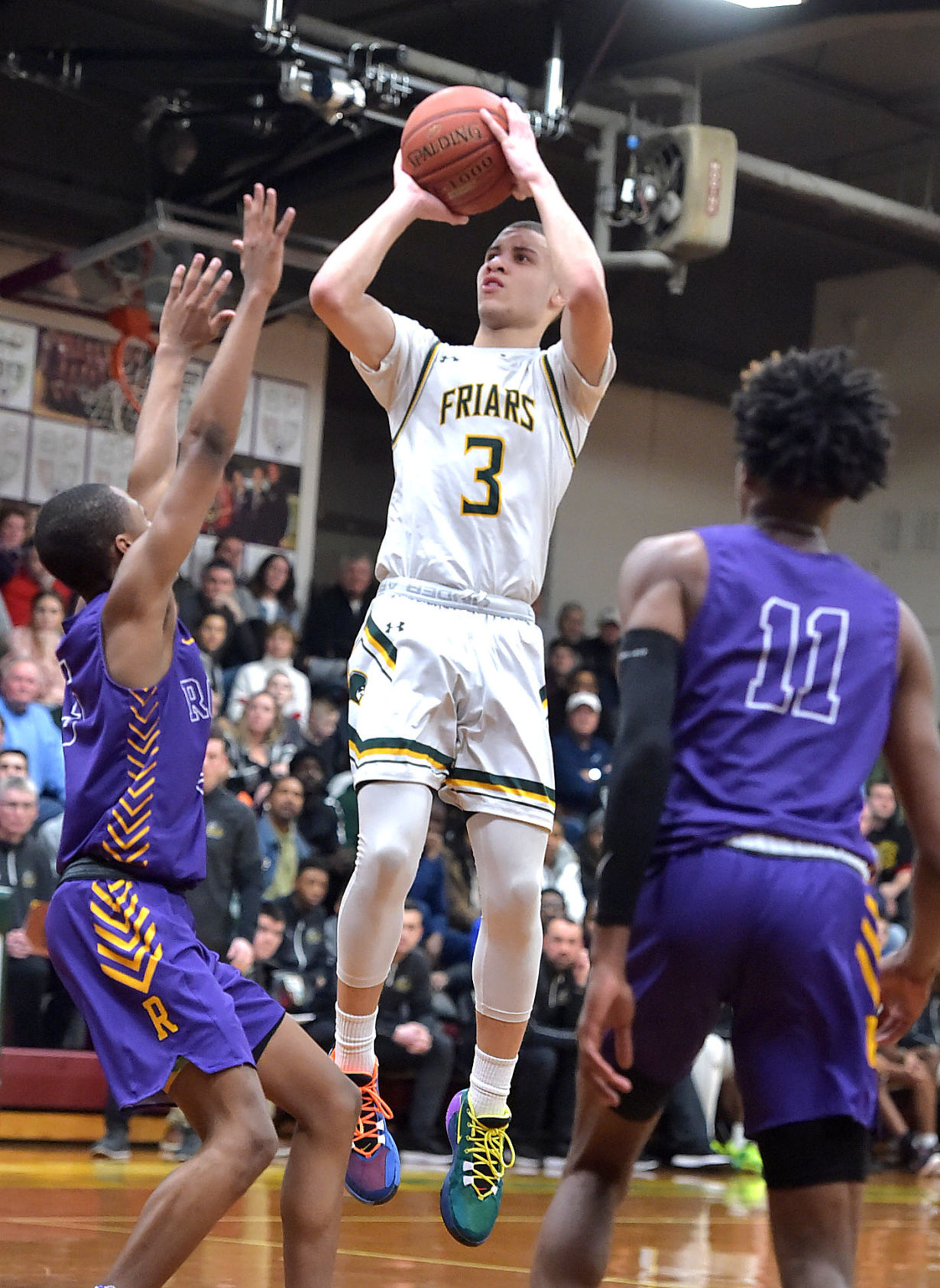 The conversation was freighted with disappointments, so many of them frighteningly familiar to us all. Of a season ending prematurely. Of careers ending early. Of disruptions to routine and habit.

But Funston and his Friars carried something else, deep in their hearts.

“I’m sure every other team that was still playing thinks this,” Funston said Monday. “But I think this was our championship to win.”

Funston’s Friars had evidence on their side. The Friars had won their two PIAA Class 4A games by an average of 36 points. Ahead lay District 3’s Bishop McDevitt in a never-to-be-requited quarterfinal, then either Pope John Paul or Tamaqua. The state final could bring Imhotep Charter, which Bonner-Prendie had beaten in the District 12 final, with a chance to avenge last year’s state-final loss against a Panthers team that had graduated three Division I players.

What-ifs abound in the time of coronavirus, but the one Bonner-Prendie harbors is among the most salient.

For the last three weeks, we’ve devoted pages and pages to contemplating Delco’s basketball past. We’ve done so as a direct result of its unprecedented and upheaved present in the hiatus of all things sports (and most things life) due to the COVID-19 pandemic. As we review the tales penned by the great teams of the past, we have to cope with a present in which the final chapters for teams like Bonner-Prendie forever remain unwritten.

Selecting the members of our 16-team bracket was a laborious process, culling a field of 19 state champions and 42 state finalists on the boys side. The minute differences of three losses one year vs. five losses another mattered to us, even if history blurs the value. We didn’t always get it right.

Chester’s Rahmee Gilbert goes up for a basket during the District 1 Class 6A semifinal loss to Methacton. (Pete Bannan/MediaNews Group)

Now consider this scenario: Say 20 years down the road (assuming a sizable course-correction for the newspaper industry), the future custodians of the Delco Times undertake a similar project. How to reckon with the teams that made the Elite Eight of states in 2020 but were allowed to go no further?

Bonner-Prendie’s case is perhaps the most intriguing of the three boys teams left standing. In 2018, a team led by Ajiri Johnson, Isaiah Wong and Tariq Ingraham made the Catholic League final, losing at the buzzer to eventual Class 6A state champ Roman Catholic. The Friars made the state semifinal, losing in overtime to Class 5A champ Abington Heights.

A season later, Johnson had graduated, bound for Rider. Wong and Ingraham, both headed to the ACC, led Bonner-Prendie not to the same heights in the league but a state final in Class 4A before running up against Imhotep’s band of Division I talents.

This year’s team has certainly less star power and arguably less overall talent. But if it had been the one to win it all … that’s a sentence forever unfinished.

“I just think this team that we had this year really embodies the culture and the mindset and tradition that Bonner has – counted-out, undersized, the whole idea that it’s not the size of the dog in the fight but the fight in the dog,” Funston, who was named Catholic League coach of the year, said. “ … Every team that you coach, you think deserves a championship. But I think this year’s team especially, with the grit and heart they showed, deserved a chance to win a championship.”

Bonner-Prendie and Chester Charter Scholars Academy, in Class A, hoped to blaze trails for their programs. Chester sought to adds its name to a storied list of predecessors. This was never the most talented bunch of Clippers. But the heart it showed in its last outing – a come-from-behind victory over Simon Gratz on a Zahmir Carroll buzzer-beater the day after JV player Edward Harmon was shot dead – guarantees this group a hallowed spot in the history of Pennsylvania’s most renowned program.

“They’re resilient and just straight-up players,” Chester coach Keith Taylor said. “They’re fighters, able to get through anything. The time that we had, those last couple of days, it was rough on the kids, rough on our staff, rough on our city. They just had to focus and go and do what our fallen soldiers thought they would want us to do. They put all those emotions on the backburner and just fought. And they fought hard.”

Taylor hasn’t spent much time pondering the what-ifs. He’s not one to mire himself in the historical tug-of-war between eras and teams. He knows what his team was, what the group of young men is, and that’s enough.

The Friars’ mystery similarly bonds them, in Funston’s eyes. He’s been moved by the courage of a veteran group in the face of unmatched uncertainty. Funston expressed his gratitude to his team last week and the sincere hope that the Bonner-Prendie family remains connected beyond its time in school.

But for posterity, the questions will remain open and unresolved. Would this Chester team have been the ninth to win a state title? Could it have ridden its emotional wave to a 19th state final? Would Bonner-Prendie’s squad have assumed the vaunted place in program history that is sought?

The only reply is that we don’t know, and never will.