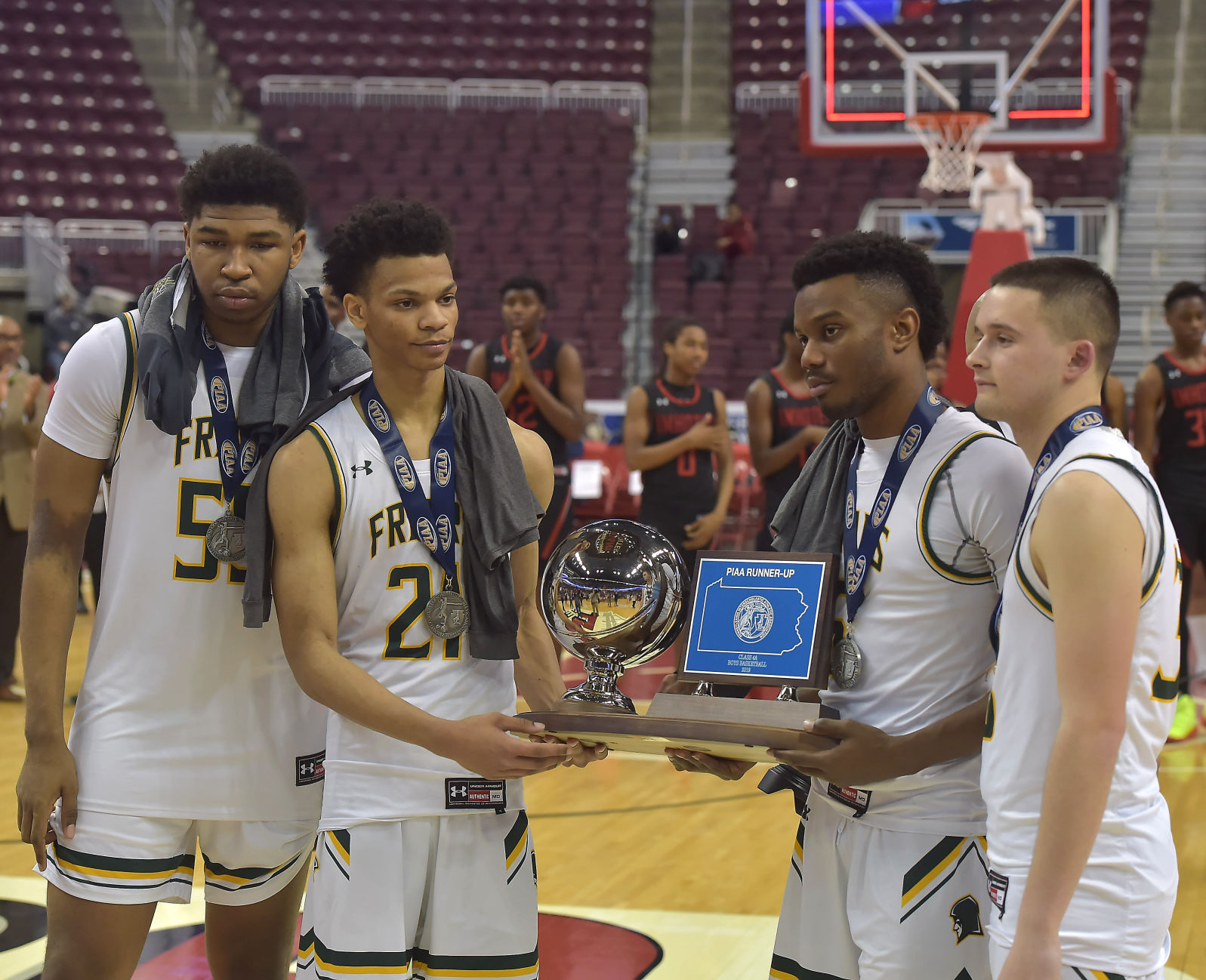 Bonner & Prendergast's boys basketball team settled for silver in the 2019 PIAA Class 4A final against Imhotep. The special season assembled by those runners-up Friars were one of dozens considered by the Delco Madness selection committee, but they didn't quite make the cut. (Pete Bannan/MediaNews Group)

I’m never one for sticking around on Selection Sunday to hear everybody weigh in. For me, it’s about the NCAA tournament brackets: Tell me who’s where and when, and I’m out, long before Jim Nantz or whoever in the studio gets to chatting with the NCAA big wig that emerges from a sequestered conference room for what I assume is the first look at daylight and gulp of fresh air in days.

Maybe that’s because when 68 teams are selected and sorted, there’s not much left to discuss short of manufactured controversies. The case against a team snubbed from the Big Dance usually isn’t hard — maybe don’t lose to Arkansas-Pine Bluff at home in November if you want to go the tournament, OK?

But after sitting on the vaunted selection committee for the Delco Madness tournament, I find myself working to justify (maybe to no one more than myself) how we arrived at these decisions. How exactly was the enormousness of Delco basketball history distilled into 16 boys teams and 16 girls teams in any kind of coherent way?

The truth is that if we had picked 128 teams, many on the committee would be feeling the same way right now, amazed at how some teams on the outside looking in managed to end up there. But surveying the abundance of talent that didn’t make it only reinforces one of the points we’d hoped to highlight in this process: There is something amazingly special about the breadth and depth of Delco’s hoops history. With 42 state finalists on the boys’ side, with 40 Catholic League champions from the girls’, we could’ve compiled double the brackets. But every tournament has a first team out, and our process for determining them was immensely laborious.

One ground rule that we set for ourselves that’s important to remember: We tried to treat teams in consecutive years as a unit. So the 2016 Cardinal O’Hara girls basketball team that made the PIAA Class 6A final and the 2017 Catholic League champions are, for our purposes, one in the same. Ditto the 1962 and 1963 Darby-Colwyn unbeaten state champs, or the 2011 and 2012 Chester teams.

Because of their much longer history of PIAA competition (the 1920s as opposed to the 1970s), picking a boys bracket was more complex. How to weigh the merits of eras, like the 1958 state champion from Haverford as opposed to the 1970 runner-up, a team that featured legendary athletes Ray Edelman and Steve Joachim? How did the back-to-back Monsignor Bonner Catholic League champs of the early-1980s rank against the city championship won in 1960?

Then there’s the value of legend. Chester’s 1983 state champions ended the Clippers’ state-final curse, the first PIAA championship in the program’s eighth finals appearance. But was that team that much better than some of its forebearers? (Or, more to our particular conundrum, was the one-loss 1967 state runner-up really better than the 1972 squad that lost in the state championship to Farrell by one point?)

What sticks out most about the boys field is, Chester dominance aside, the plethora of schools with a truly once-in-a-generation team that we couldn’t include. Probably the first team out of the bracket was the 1991 Glen Mills team, which went 31-1 and won back-to-back state and District 1 titles. There was the 1960 Radnor PIAA runner-up and the state final runs by Springfield in 1981 and Strath Haven in 1992 and Academy Park in 1994. Or to bring it more recent, the 2013 and 2015 Archbishop Carroll squads and the 2019 Bonner-Prendergast team. (Thank goodness geography ruled out Episcopal Academy’s 2006 team with Gerald Henderson and Wayne Ellington for us, occurring before the school’s move from Merion.)

One thing, particularly on the boys’ side, that should be evident is the stunning quantity of stars who aren’t in this tournament. Jameer Nelson’s Chester teams aren’t represented, nor are Herman Harris’ or Emerson Baynard’s. Derrick Jones doesn’t have a horse in the race.

The girls field wasn’t easy to piece together, either. Part of the challenge was the parallel nature of the Catholic League, where Archbishop Carroll, Cardinal O’Hara, Archbishop Prendergast and even (in the 1950s and ’60s) Notre Dame High in Moylan had spells of championships, that only fleetingly intermingled with the PIAA realm. Piecing together the teams of the 1950s, when Notre Dame won four titles in 10 years as opposed to O’Hara’s run of six crowns in seven years in the ’90s, or Carroll’s seven-of-13 run starting in 2000, was daunting to say the least.

Limited opportunities for girls in sports meant fewer state championship accolades to go around. That also meant that district championships meant a little more. So teams like Ridley’s 1976 District 1 champs or the 1990 Sun Valley team that hung a banner were strongly considered. Same for squads from Springfield in 1982 and Haverford in 1997, or the first Strath Haven team in 1984 (which built off the Nether Providence state champion the year prior, which was included.)

Even now, when girls hoops teams from the Catholic League seem to be in the state quarterfinals every year, it carries a different weight than before the six-class bonanza.

All that is to say that despite our diligence, we may never get to the one true Delco hoops champ for boys and girls. No answer on the best teams ever, no matter how fact-checked or researched, will ever be a definitive one.

We’re just happy to be having the conversation.