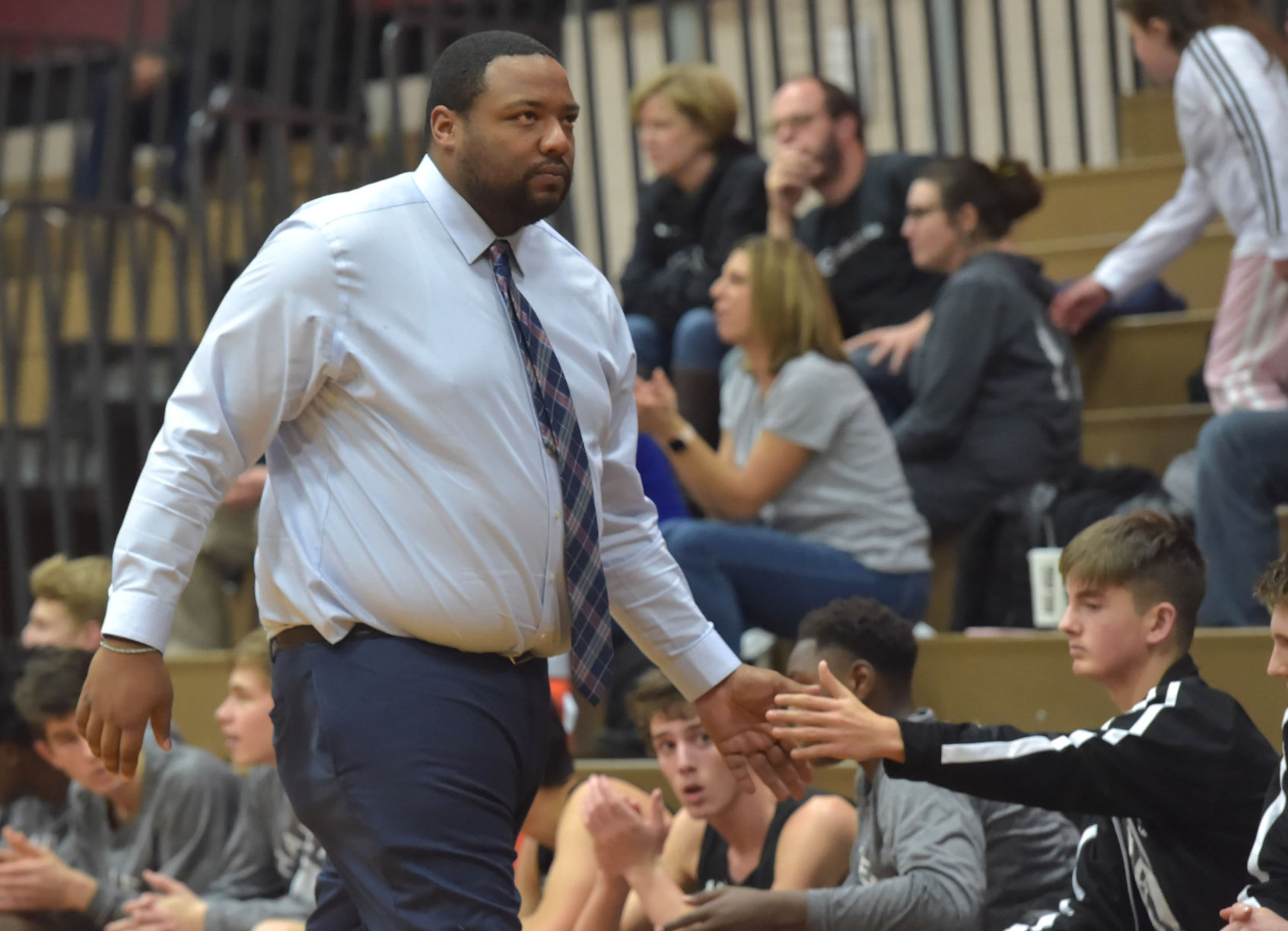 Coach Dan Spangler, seen during a game last season while he was in charge of Strath Haven, was named the Class A Coach of the Year Monday for his role leading Chester Charter Scholars Academy to a District 1 title and the PIAA quarterfinals. (Pete Bannan/MediaNews Group)

In 2019-20, coach Dan Spangler’s first season in charge, the Sabers managed 20 wins against a schedule packed with larger-division team. The run included a District 1 Class A championship and bulling into the PIAA quarterfinals with a pair of decisive wins before the tournament was cancelled by the coronavirus pandemic.

Monday, Spangler added the Class A coach of the year award, as voted by Pennsylvania sportswriters.

CCSA’s point guard, Malik Cook-Stephens, was named as a third-teamer. The Christian Academy had two players picked, with Grant Sareyka a second-teamer and Isaiah Mitchell on the third team.

Spangler’s Sabers finished 20-6. They beat TCA twice, including the district final, and beat District 1 champions/state quarterfinalists in Class 2A (Dock Mennonite) and Class 4A (Pope John Paul II). Half of the losses came to Class 5A state qualifiers (Penncrest, Unionville and D1 champ West Chester East).

Spangler had a 13-32 record in two seasons at Strath Haven, including a District 1 Class 5A berth in 2018. His replacement there, Chris Conlan, led the Panthers to a 17-win season and a states berth.

Sareyka led TCA to a perfect record in the Bicentennial League and a 23-win season. The Crusaders lost in the BAL and District 1 finals, then dropped a three-point overtime decision to Nativity BVM in the states opener despite 32 points from Sareyka.

Mitchell, a 5-9 senior, was the perfect counterpoint, an athletic guard who suited TCA’s high-tempo style that netted 70.8 points per game. Mitchell was the third-leading scorer at 9.7 ppg.

Cook-Stephens, a 6-3 junior, landed on the third team. The point guard averaged 6.2 points per game as the egalitarian Sabers had eight players average between 6.1 and 7.8 ppg. Cook-Stephens had 12 points and five assists in the PIAA second-round win over Notre Dame-East Stroudsburg.

The Class A player of the year is Kaden DiVito, a 5-11 junior guard from Cornell. DiVito scored 20.8 ppg for the WPIAL finalist. DiVito, a Washington & Jefferson College signee, scored 1,970 career points.

First-team guard Tanner Colflesh, a junior from Turkeyfoot Valley, led the state and was fourth in the country, according to MaxPreps, at 38 points per game, including games of 61, 58 and 53. He also averaged 7.9 rebounds and 4.2 assists.

The team includes freshman guard Davion Hill of St. John Neumann, who averaged 23.2 points, 5.5 assists and 3.7 steals for a state-tournament qualifier. Hill is the younger brother of Indiana Pacers’ forward Alize Johnson and SJN teammate David Hill, a 6-1 junior who made the second team. The older Hill averaged 20.9 ppg.

The only big guy on the first team, 6-6 junior Angelo Reeves of Vincentian Academy, is also the only repeat first-teamer. Vincentian, which announced in February that it is closing due to declining enrollment, reached the state final in 2019 and won the WPIAL title this year.

The Class A selections are below. The teams will be released one day at a time this week, starting with Class A Monday.