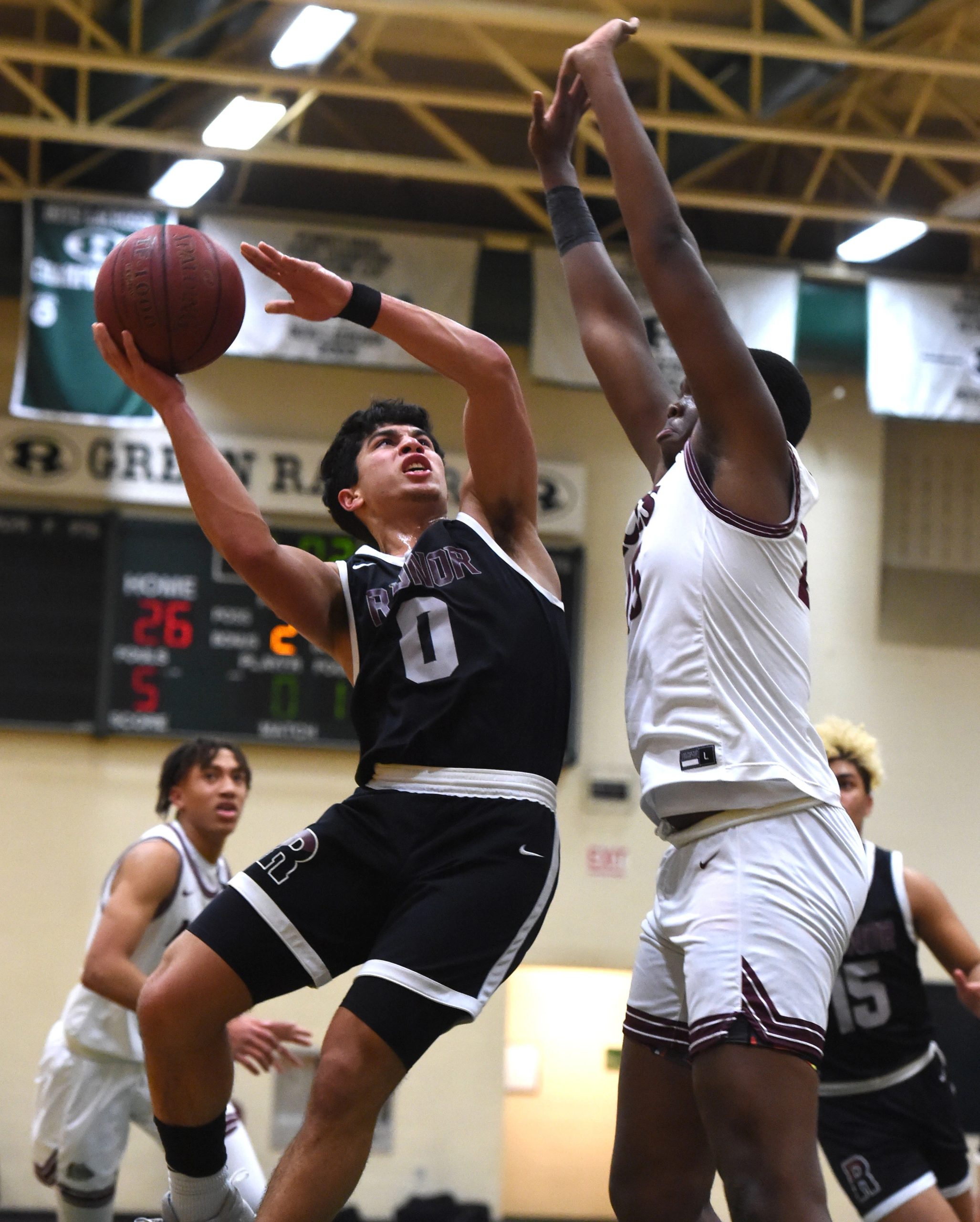 The best guess right now according to modern historians is roughly 1984. That’s at least a lifetime and change ago for the current Raptor players, although the way they battled Monday, that’s certainly subject to change.

Two minutes into the third quarter of the Central League championship game between the teams at Ridley High, right around the time the concession stand was low on hot dogs, pizza and the latest rage, walking tacos, the Raptors scored eight straight points to erase what had been a 12-point deficit late in the first half.

Radnor’s Pierce Justice puts up a shot in the first half against Lower Merion in the Central League final Monday. (Pete Bannan/MediaNews Group)

Though it was still a one-point game early in the final frame, the Raptors couldn’t keep up, the Aces working hard for a 59-49 victory and yet another Central League title thanks largely to 6-10 senior Demetrius Lilley, who scored 10 of his 20 points in the fourth quarter, including thundering back-to-back dunks.

“I think we could have got them,” said Raptors senior Pierce Justice, who contributed 12 points, including a couple of threes. “This team has been special all year. We’ve been clicking. And it showed. We were tied. We just had a little lapse in judgment a couple of times and let it slip away. I think if we would have taken a lead, we would have been better with our shot selection. Some of the possessions on offense we rushed to take shots because we were down two, down three and wanted to hit that go-ahead basket. And sometimes when we were on defense, we tried to pressure up on them a little bit to try to create a turnover. Ultimately those lapses in judgment and those lapses in concentration let them get ahead.”

The Aces burst out to an 8-2 lead behind explosive guard Jaylen Shippen and Lilley, who had a two-man game going. They led 17-8 after one frame and 26-14 with 2:49 left in the first half.

That’s when Justice, the senior guard, scored on a backdoor reverse layup and drained a three-pointer. Peter Gribbin tallied inside for the Aces but Jackson Hicke, who led the Raptors with 13 points drilled a three to get the Raptors within 28-22.

At that point, Lilley was cold and bloodied. He changed jerseys from 14 to 25 because there was blood on the 14, courtesy of a couple of slices in his right forearm that he said were part of the rugged game.

Charlie Thornton, who would foul out and senior Cliff Smith took turns playing defense on Lilley, who wasn’t getting any easy shots.

Lilley was quiet until Justice bombed another three that got the Raptors within 34-33 with 1:33 left in the third quarter.

That’s when Lilley answered with the first of three straight baskets, giving the Aces a three-point lead entering the fourth quarter.

The Raptors nonetheless closed within six points on Thornton’s dunk with 2:49 left in the game. That seemed to infuriate Lilley, who responded with back-to-back throwdowns giving the Aces another double-digit lead.

“He had a really great dunk,” Lilley said of Thornton. “But my teammates found me down low, and I dunked. Credit to them. But Radnor played amazing defense. Some of the best defense I’ve seen all year. I definitely give them props tonight.”

The last few minutes largely were a free throw show. All that remained was for the Aces to cut down the nets.

Tough as the defeat was for the Raptors (21-3), it was a step up from their loss in January to the Aces, who were without star Sam Brown in that game.

The Raptors are the top seed in the District 1 5A playoffs. Two victories and the finest season in the history of Radnor basketball will continue into states.

“We’re looking forward to districts,” Justice said. “We play next Wednesday. We’re going to be ready to go again, fire on ally cylinders.”