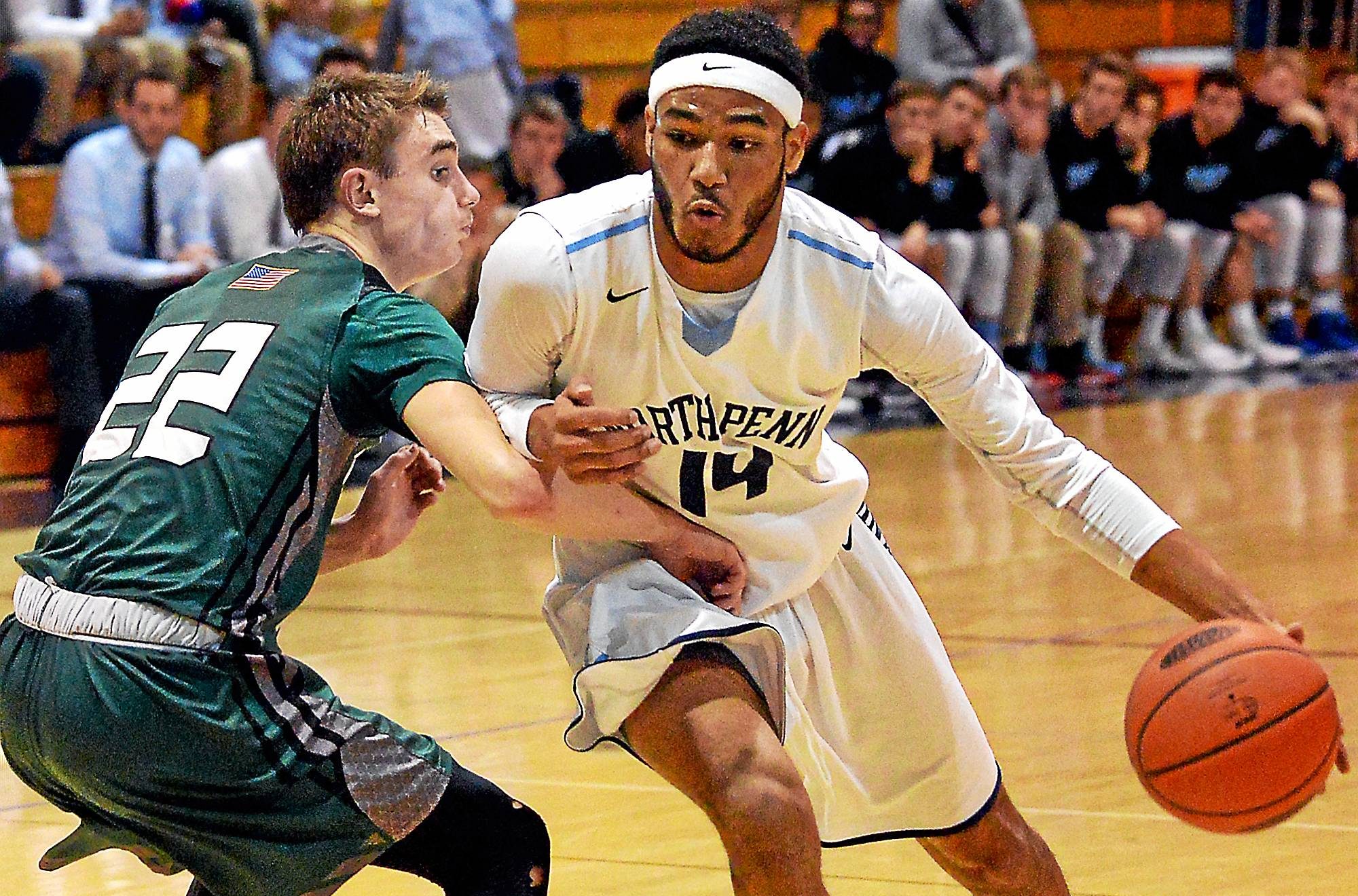 Through six league games, North Penn and Central Bucks West are tied atop the Suburban One League Continental Conference with matching 5-1 records.

The schools met early in the season in December and the Knights won, 48-35, at CB West.

In the first meeting, Knights seniors Reece Udinski and Ricky Johns were getting their first starts after finishing their playoff football run during the fall season. They each scored 15 points to lead their side to a comfortable win.

The Bucks are a young team this season and have a little more experience now than they had when the teams met in December. In that game, Jake Reichwein and Colin MacAdams each scored 10 points.

This game promises to go a long way in determining the SOL Continental winner. With only six league games remaining, North Penn and West have a one-game lead over CB East and two-game lead over Souderton.

Everything was going great for the Upper Merion boys basketball teams in the middle of December. It was beating Upper Perkiomen by 20 points and was on its way to a 4-0 start. But with one rebound, things changed.

Star forward Matt Faw jumped up to grab the ball and landed awkwardly. He limped off the court and hasn’t played since. He’s expected to miss at least the rest of the regular season with a bone injury in his foot.

“It’s disheartening for him,” Upper Merion coach Jason Quenzer said. “You’d think a kid like that — sealed up college (Holy Cross) … some kids would be like, ‘I’m good, I’m packing it in,’ but it doesn’t really matter. He wants to be out there so bad. It’s killing him. As a coach it’s tough to watch.” In his absence, the Vikings have gone 5-5 and remain in first place in the Pioneer Athletic Conference Frontier Division with a 5-2 league record.

They have also been without senior Anthony Shepperd for the last four games due to an ankle injury. Faw stands at 6-foot8 and Shepperd 6-foot-6.

“Our average height with Matt and Anthony out went down like five inches,” Quenzer said. “How we play defense — a lot of it was predicated around having rim protectors, but now we’re asking guys to step up and stop penetration whereas before it wasn’t the end of the world because we were altering shots at the rim. That part hurts. We’re trying to fill that void with intensity. (The injuries change) how we play. It’s more guard-heavy basketball now.”

Their last game was the worst loss of the season — a 66-39 home defeat to Perkiomen Valley — a team they hope to see again later this year in the PAC playoffs.

“I had a talk with a lot of my seniors after that game,” Quenzer said. “We had a very good conversation in regards to how much more intense we need to be every moment — just not to let this year slip by, let it get out of control. They’re very hungry. I think (the PV game) was a little bit of a wake-up call to how much better they were than us that night. You take that loss and you try to learn from it and you try to grow together. These last few practices we’ve had after have bene phenomenal. Hopefully that translates to some wins on the court.”

Upper Merion is No. 6 in the most recent unofficial District 1 Class-5A playoff rankings. The top 26 teams earn playoff berths.

The Vikings have games against Owen J Roberts, Cheltenham, Upper Perkiomen and North Penn coming up.

Through one round of league games, PW is 7-0 and has won every game by at least seven points. It holds a one-game lead over Cheltenham and a three-game lead over Hatboro-Horsham. The Colonials will face both teams on the road in the final week of January.

Hatboro-Horsham and Cheltenham are getting ready for their late-season pushes after playing one of the best games of the season against each other last week.

The Panthers beat the Hatters, 78-76 in overtime, when senior Trevonn Pitts grabbed a steal and laid it in at the other end with less than three seconds left in the extra session.

With half the schedule remaining, the Hatters will look to run the table and have a chance to avenge each of their three league losses at home against Wissahickon, PW and Cheltenham.

Cheltenham also gets to host its only loss — PW.

Both teams are in good shape for District 1 Class-6A playoff berths. Cheltenham is No. 10 in the latest unofficial rankings and HH is No. 26. The top 39 teams make the tournament.

Some of the best high school basketball talent in the country will be on display at Lansdale Catholic Friday night when the Crusaders host Neumann-Goretti.

The Philadelphia Catholic League-leading Saints featuring guard Quade Green and forward Dhamir Cosby-Roundtree. Green will be playing college basketball at Kentucky next year and Cosby-Roundtree will be at Villanova.

Lansdale Catholic is near the bottom of the 14-team league with a 1-4 record. Starkey Gabel and Craig Rosenberger lead the Crusaders in scoring with 12.8 and 11 points per game, respectively.