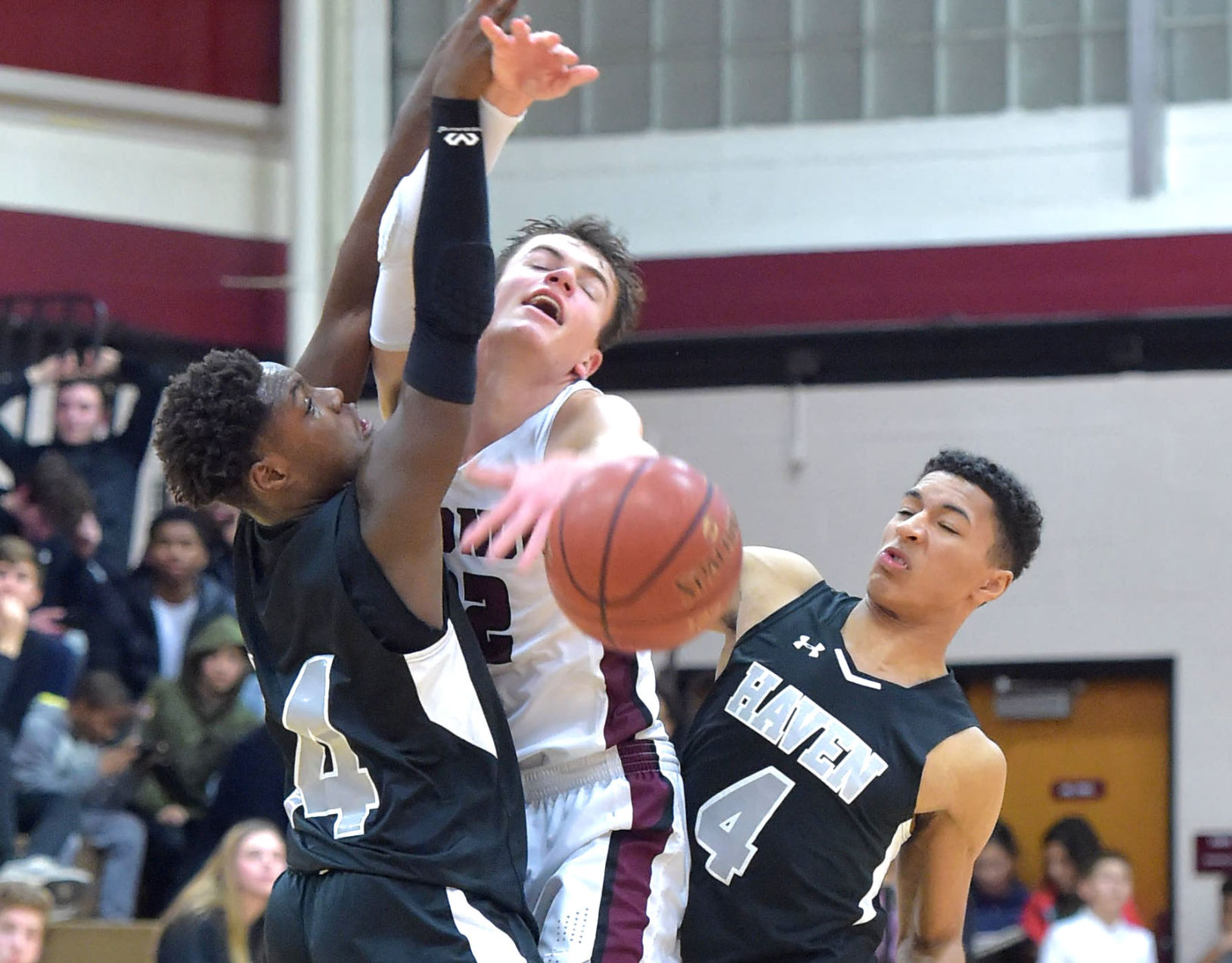 The Central League’s unbalanced schedule has long been an impediment to crowning a true champion. It’s a delicate balance with 12 teams in the league. Playing each opponent twice in a true home-and-home is impossible under the PIAA’s 22-game limit. Playing each team once doesn’t solve the home-court imbalance, and leaving 11 nonleague games is too burdensome of a schedule.

So the Goldilocks solution being tried this year is an expanded league playoff system that admits six teams into a knockout tournament.

The Central League used to qualify only the top four teams in the regular-season standings, or the top three if one team finished unbeaten, which is fairly commonplace and could happen again this year with Springfield’s girls at 15-0 entering the last day of league play Thursday.

The new playoffs take place over three days at neutral sites. The third seed plays the sixth, and four will play five Saturday, with the re-seeded winners taking on the top two seeds Monday night. The winners advance to Tuesday’s final. Garnet Valley’s Neel Beniwal, center, shoots over Penncrest’s Aidan Carroll in a three-overtime game two weeks ago. The teams hail from different divisions in the Central League and could meet in next week’s Central League final. (Pete Bannan/MediaNews Group)

“We’ve always tried to solve that unbalanced schedule with a playoff,” Springfield athletic director and Central League boys basketball chairman Glenn Mallon said. “We just kind of felt that with the six teams, it would be a better fit than the four to find the best team, because there are some years where depending on the matchups of schools, they have harder schedules than other teams.”

Sites weren’t finalized as of Wednesday, pending results Thursday to set the field. But Monday’s semifinals will take place at Marple Newtown and Conestoga, while Tuesday features a championship doubleheader at Harriton.

The postseason levels out the two-division schedule. Each Central League team — the “big school” and “small school” divisions that roughly correlate to 6A and 5A — plays a home-and-home with the other five teams in its division and once each against the six teams out of division for a total of 16 games. Size is no automatic guarantee of quality. But, for instance, avoiding a trip to perennial powers like the Springfield girls or Lower Merion boys is a big luck factor.

The playoff games have no bearing on the District 1 seedings, which will be finalized Sunday. And the looming district playoffs only had a slight influence on the Central League’s thinking.

In years past, the layoff from the final regular-season game to the first districts game could be lengthy. For the 16 of 24 Class 6A participants who aren’t awarded byes, the gap between last regular-season competition day is just shy of a week. (This year, it’s from Saturday, Feb. 8 to the following Friday.)

For the eight teams receiving a bye in 6A, the gap is nine days. It’s 10 days for any of the 16 Class 5A qualifiers. (Those waits are reversed on the girls sides, with 5A squads waiting nine days).

That gap has benefits. For Keith Heinerichs, whose Haverford team assured a District 1 Class 6A berth with Tuesday’s win over Ridley, the sabbatical is not just time to rest but catch up on teaching time.

“I think those four days are almost like a minicamp,” he said. “I think there’s a lot of times where right now, you don’t get to correct mistakes because it’s practice-game-practice-game-practice. And there’s things you’re doing wrong on defense and you don’t have time to correct there. Whereas now, you can get into your shell and break down, ‘we’re not moving the ball well, we’re not screening right.’ And that’s the time to do that. I cherish the practice time.”

For others, getting off the three-game-per-week treadmill into 10 days of rest can upset the rhythm. Many teams schedule scrimmages to stay fresh and get game-intensity minutes in the interim.

Mallon said the balances will be slightly different in 2021, with the final league play day scheduled for a Tuesday. That permits a Thursday first round, Saturday semifinals and Monday final. But that balance is another that the schools have struck.

“It made sense that it wouldn’t hurt anybody by playing an extra game before the playoffs,” Mallon said.

As the regular season winds down, there are plenty of surprising turnarounds from 2018-19. Cardinal O’Hara going from 9-13 to 15 wins (with one game left) is no shock, given that the Lions graduated only one contributor from last year. Strath Haven’s reversal from 3-19 to 15 wins in Chris Conlan’s first season is more surprising.

But one underrated turnaround might not look that way on paper. Academy Park won 15 games last year, but Frank Wolf departed after the season. In Kevin Stewart’s first year, with a young roster, you might expect some back slide.

But the Knights enter their regular-season finale Thursday at Penn Wood with a 14-7 record. The Knights sit seventh in the District 1 Class 5A rankings, and were due to host Penn Wood in the first round of the tournament. The Patriots knocked AP out of the postseason last year, 73-48.

Stewart has had to deal with a remarkable number of challenges. Only one player, Jalen Cassidy, has played in every game. Stewart has weathered absences to his two leading scorers, Derrick Northern (for six games in December) and Tahriq Marrero (who’s missed the last four).

It’s led to Stewart giving young players minutes earlier than he expected. And while it hasn’t been a perfect run through — see a 12-point home loss to Chichester — the Knights have had success while still building for the future.

“When you’re establishing culture in a program, we lost some seniors along the way who were not able to buy in, which is fine,” Stewart said. “Which gets some of the younger guys thrown in the fire early. So it’s a day-by-day, brick-by-brick process. We emphasize situations every day in practice to get them more game-ready and improve their IQ.”