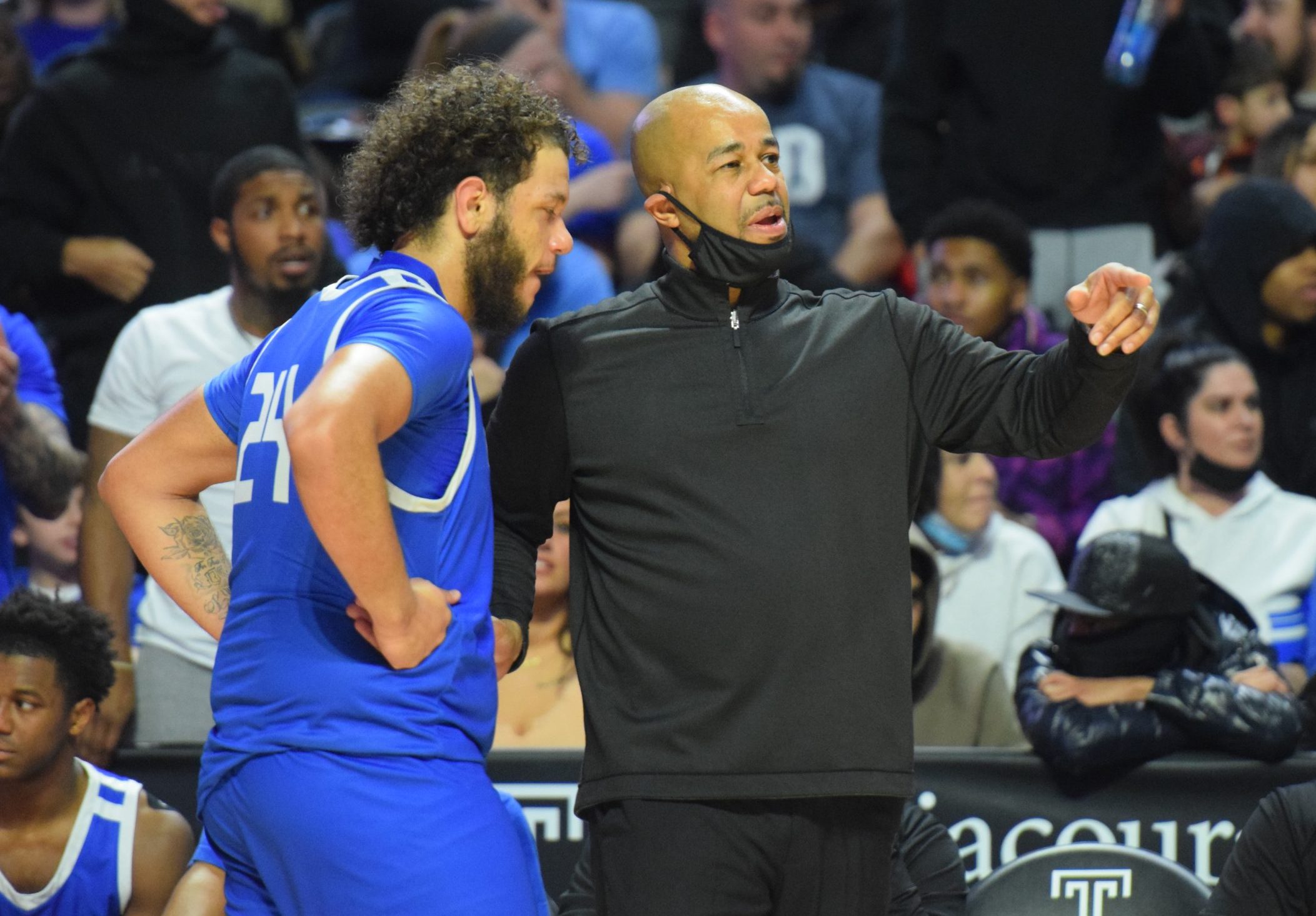 When Dana “Binky” Johnson was hired as the Norristown boys basketball head coach in 2017, he brought with him the five-p philosophy – proper preparation prevents poor performance. He believed preparation builds confidence and, with confidence, anything is possible.

Johnson stepped down Thursday after five years and four seasons as head coach. His teams were always prepared and never lacked confidence.

The defensive-minded Eagles went 72-36 during his tenure and 42-16 in Pioneer Athletic Conference games. They reached the District 1-6A playoffs in three of his four seasons and won at least one game in each appearance. They went 6-3 in districts and reached the PIAA-6A state playoffs three times.

“It’s time,” he said. “I gave almost 30 years of sharing my life with the Norristown community, especially the basketball community, and it’s time to give the enjoyment of my work-and-life-balance a chance, valuing different things in life. This is a hard decision because you know how connected I am with my community. It was a hard decision but it just came down to the decision that it’s the time to do it.

“If I was judged on wins and losses, if that was the only thing, that goes OK and I was successful winning here at Norristown…. If it was just on the record I’m very pleased with that, but it’s more so on making the difference in a life. As far as basketball, it’s so fun. It’s just something that – you know you have your callings in life and I know one of mine is coaching.”

Last season was Johnson’s deepest postseason run. Norristown entered the District 1 playoffs as the 12th seed and reached the championship game for the first time since 2009. The Eagles beat No. 21 Wissahickon before upsetting No. 5 Haverford, No. 4 Bensalem and No. 1 Methacton on their way to the district final against No. 2 Lower Merion. After losing the title game, Norristown advanced to the second round of states with a win over Hempfield.

Johnson got to enjoy the playoff success with his son, DJ Johnson, who was a senior and the team’s starting point guard.

“It’s beyond special, it’s not something you would ever think of,” Binky said while crediting his friend and Wissahickon head coach Kyle Wilson for helping him with the father-son, coach-player dynamic. “When I started coaching 26 years ago, it wasn’t even a thought that you’d coach your son. You do it for the love, the passion, the dedication and making a difference, but to actually leave on a note like that where you did have that experience – it’s not the easiest experience that anyone would ever face, but it is rewarding, especially when you have success in the end.”

Norristown entered the district playoffs as the No. 7 seed in Johnson’s first year in 2018 and the No. 5 seed in 2019. Both teams earned first-round byes before picking up second-round wins – 2018 over Perky Valley and 2019 over Central Bucks West. They lost in the quarterfinals both seasons and qualified for states.

“Many positive things were accomplished during Coach Johnson’s tenure as our Head Boys Basketball coach,” Norristown athletic director Anthony Palladino said. “He and his staff represented Norristown well and we wish them nothing but the best in the future.”

Johnson played point guard for Norristown before graduating in 1990. He was a three-year starter and helped the Eagles win Suburban One League titles in 1989 and 1990 and a District 1 championship in 1990.

After graduating from Norristown, Johnson went on to play collegiately at Canisius College. He was a four-year player for the Golden Griffins and two-time captain. He was inducted into the Canisius College Sports Hall of Fame in 2019.

“(Coaching) is in my bloodline,” he said. “It’s a passion. It’s one of the few things I know and take pride in doing very well. Coaching isn’t about X’s and O’s, it’s all about making a difference in a young person’s life. When I knew I had that gift to make a difference in young folks’ lives, I just used basketball as a vehicle to connect that way. I knew I had to use to it my upmost ability and that was through coaching.”