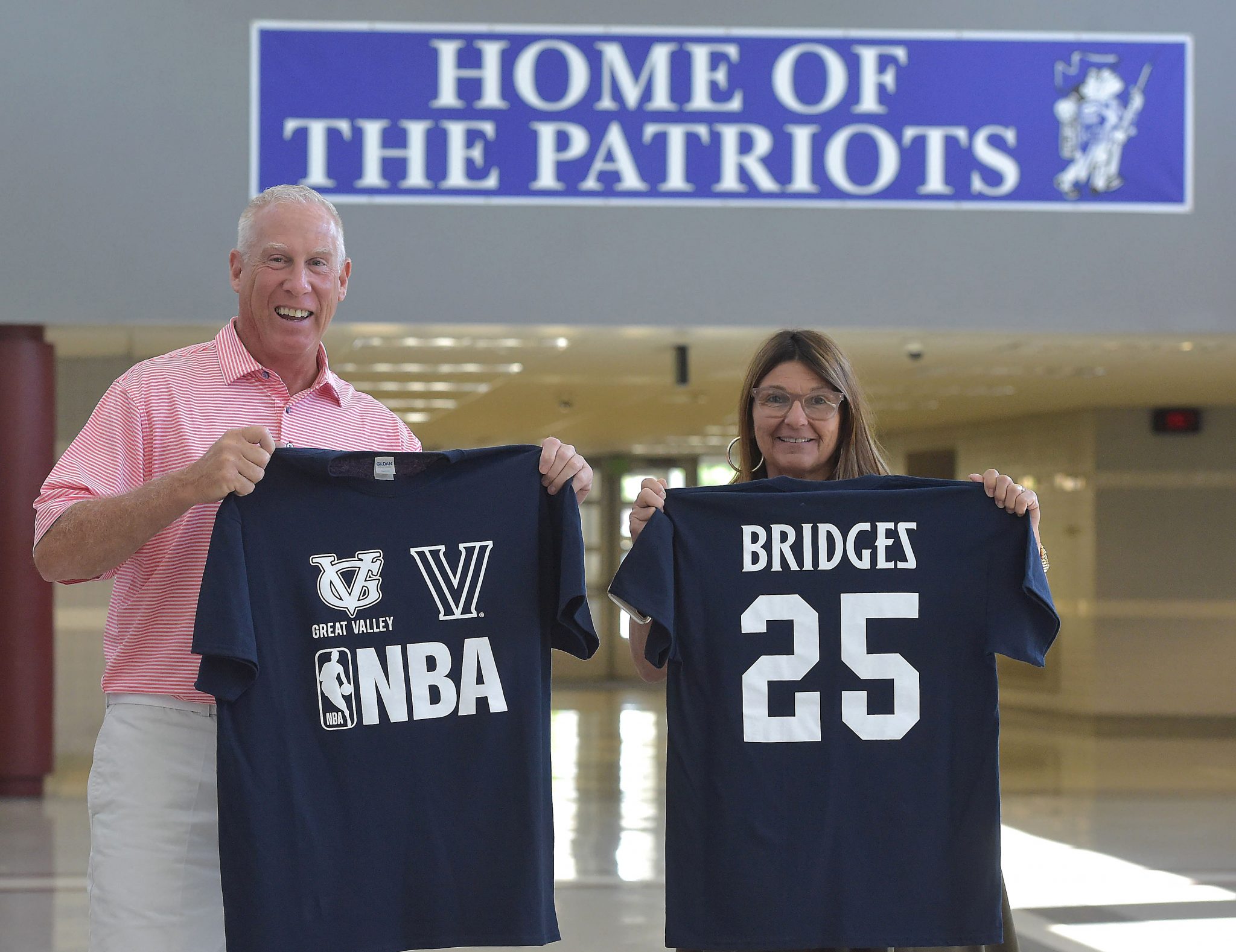 As administrators swapped war stories in State College Tuesday, neither Russell Wren nor Glen Mallon stood up to offer his testimonial to the group. But both athletic directors settled their minds on the same tale.

In the fall of 2014, Springfield, where Mallon is a longtime AD, rode a 12-1 record into a District 1 Class AAA football final against 11-1 Great Valley, where Wren is the AD. The Patriots prevailed that night, 21-0, in a hard-fought game. A week later, when the 12-1 Patriots faced District 12 champ Archbishop Wood, they trailed 30-0 after 12 minutes, on the way to a 44-7 states loss.

“It’s really not fair, and that’s the heart of what the people today were saying, is that this is an unfair situation,” Wren told the PaPrepLive.com. “That’s why they’re calling it the Equity Summit. It’s not an equitable situation.”

The Playoff Equity Summit, organized by public schools, drew representatives from more than 150 schools, including five from District 1. As New Castle Area School District Superintendent John Sarandrea told those assembled, more than 375,000 students were represented. The schools sought to organize and ensure their voices are heard in the debate over competitive balance in Pennsylvania. The majority of those voices are saying that the problem is the mixing of boundary and non-boundary schools in postseason competition.

“I think was it very loud and clear from the members that we need to continue the dialogue, and that’s at the heart of this,” said William Hall, the superintendent of the Millcreek School District in Erie County and one of the organizers. “We have to be heard, we feel that we have not been heard, and even at this point, judging from some of the reaction that’s out there, we feel that the door’s being shut on us.”

Sarandrea and Hall wanted the meeting to crystalize plans that would mobilize the sentiment they’ve harnessed, both via the summit and surveys distributed statewide to public schools. They’ve formed a six-man steering committee of superintendents — which also includes Len Rich of Laurel School District, Stuart Albaugh of Harmony Area, Eric Zelanko of Portage Area and Jason Moore of Central Cambria — and hope to expand the geographical reach into the eastern part of the state.

Among what Hall calls the “action items” generated are a push for an independent legal review of the 1972 law passed by the General Assembly that incorporated private schools into the membership of the previously all-public PIAA. The PIAA’s stance is that the legislature would have to overturn or amend that law to relieve the PIAA’s liability to litigation should it separate championships or classifications based on school type. Many legislators who have spoken to the PaPrepLive.com have shown no inclination to put the issue before the General Assembly.

The outcome of the legislative review will shape how the public schools move forward. But the coalition is united in declaring the playing field between boundary and non-boundary schools unbalanced and that public schools’ needs are not being served. Talk of the “nuclear option,” splintering off from the PIAA, was muted, several attendees said.

“The data they provided was outstanding,” said Upper Merion Superintendent Dr. John Toleno, referencing both survey results and an info sheet also distributed at last week’s PIAA board meeting showing boundary and non-boundary championships since 1972. “… You look at the problem and go, ‘Oh my god. Clearly there’s an issue.’ I’ve seen these things occur. I’ve seen some of our school districts suffer at the hands of some of these transfers and situations for athletic advantages, and I think a change is necessary. How that happens is going to be another interesting piece.”

“When I talk to people in my community and they see this issue, people are just amazed that common sense doesn’t factor in this conversation,” said Mallon, the only representative from a Delaware County school in attendance.

Wren’s perspective is notable for its sympathy with the PIAA’s position, being what he called as caught between a rock and a hard place. Wren has been at Great Valley long enough to remember the introduction of those terms, “boundary” and “non-boundary,” which remain unofficial monikers. An effort to add them to the glossary of the PIAA bylaws in 2011 — refining the current “public” and “non-public” definitions to group charter schools with private schools — was rejected by the board. It casts a long shadow on the efforts to get wholesale changes like separate championships.

But the consensus Tuesday was that rules recently implemented, such as a postseason ban for transferring students in their first seasons and a competition formula to take effect in 2020-21 for football and basketball, are either insufficient band aids or merely defer the problem. The PIAA explicitly voted down the formation of a seventh “super classification” in the success-factor formula last week, which was one of the scenarios that the Equity Summit put forth. Much of the membership favored a plan in which non-boundary schools are divided into two classifications by enrollment, while boundary schools occupy four classifications divvied up by enrollment.

“I think the solution is fairly easy, but it’s a matter of figuring out who’s holding the keys here and why has it not been addressed,” Toleno said. “Hopefully the voices from today will bring it together.”

The public coalition and PIAA approach the problem from diametrically opposed positions. The PIAA line is that harsher prohibitions on transfers will lessen competitive imbalance. Many at the Equity Summit feel that a public/private split will reduce transfers.

Part of the plan is to increase communication.

“We need to bring in the Catholic schools and the charter schools,” Zelanko said. “This is not an ‘us vs. them’ issue. We want equity for every student, whether it’s a boundary school or a non-boundary school.”

Many of those involved view Tuesday as a preliminary step that confirms the discontent isn’t a localized aberration in certain pockets of the state. Now it’s a matter of coalescing that into tangible paths forward.

“First step is to get all parties involved to agree that we need to make a change here,” Toleno said. “There’s enough people who are now talking about this to say, ‘Hey look, we have to come to the table.’ I don’t know why that can’t happen. But these guys did a great job setting this up today, and I’d be surprised that anybody can see that data given out today and say, ‘What is the problem here?’”

“We need to let the dust settle on some of this and then decide when we want to move forward and how,” Hall said. “But it needs to be soon, and we all kind of recognize that we’ve been waiting for a number of years for some significant change. We think it can be done sooner rather than later.”