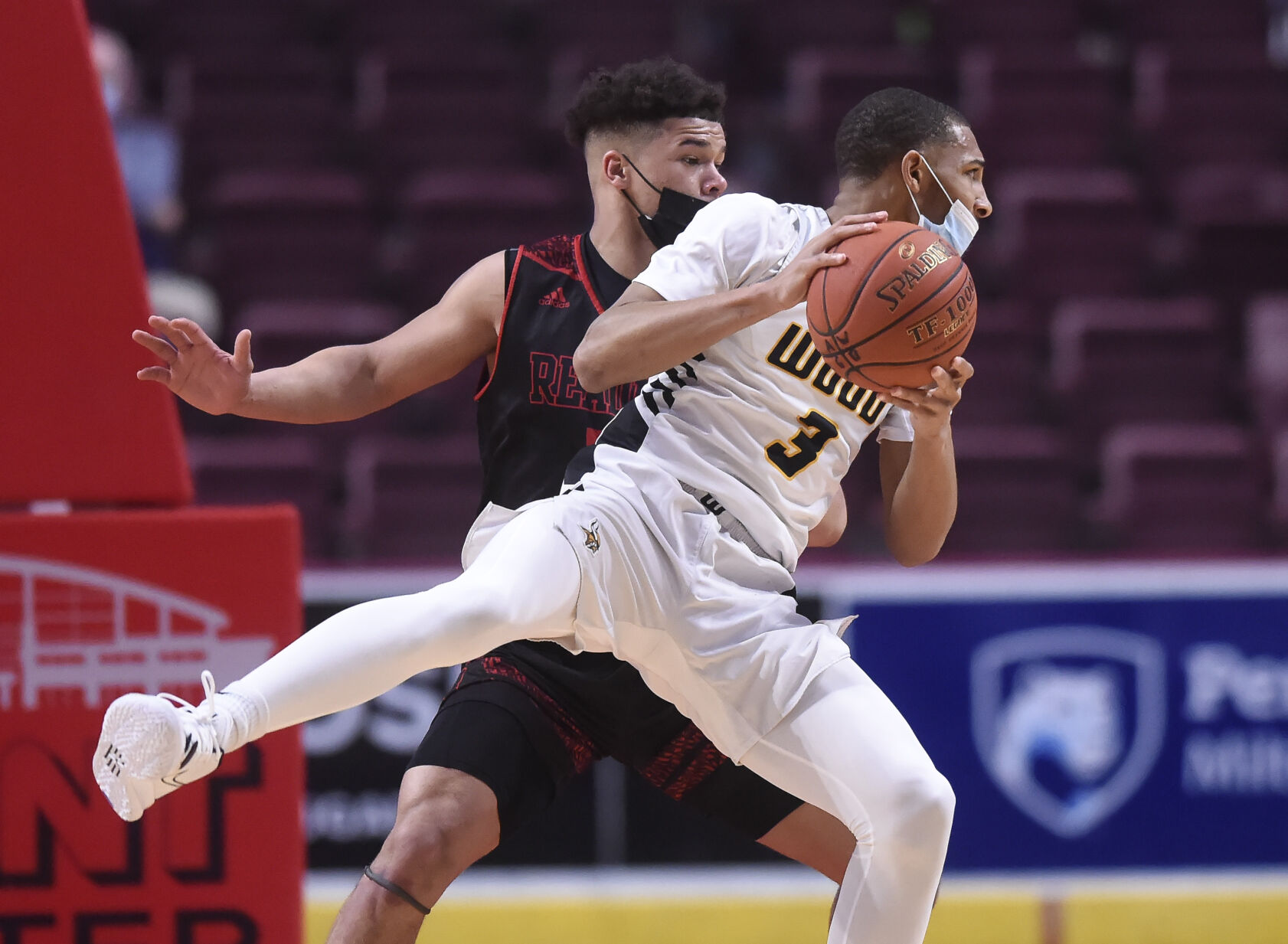 Rahsool Diggins had big shoes to fill as a freshman at Archbishop Wood High School four years ago. The Vikings were coming off the program’s first Philadelphia Catholic League and PIAA state championships and Diggins was taking over the starting point guard role after the graduation of PCL Most Valuable Player Collin Gillespie.

Four years later, Diggins has blown those high expectations away.

The 6-foot-3 guard is leaving Wood as the program’s all-time leading scorer with 1,513 career points. He was selected First Team All-PCL three times and was named league MVP twice.

“I never dreamed of it,” Diggins said, looking over his resume, “but it happened. It was a great thing. We worked hard for it. Coach (John) Mosco and the coaching staff put me in the right position, trusted me, let me play my game, let me make mistakes and this is where it got me.”

After leading the Vikings to a Catholic League championship this winter, Diggins is The Reporter/Times Herald/Montgomery Media 2021 Boys Basketball Player of the Year.

“It’s very impressive,” Mosco said of Diggins’ accomplishments. “He came in as a freshman and played with four Division I players and he just fit in from Day 1 with them. Then sophomore year we were young and everything was on his shoulders and he just kept growing every year with that. Finally this year we were able to crack through and get the Catholic League championship.”

“Junior year I didn’t really have to guard the best player because I had Jaylen Stinson on my team,” he said. “He’s one of the best defenders in the league. Senior year that’s what I wanted to do — I wanted to get better at defense, play harder. It wasn’t like it was hard for me to do — it was me doing it. I know I have to play (defense) at the next level for (University of Connecticut) coach (Dan) Hurley, so I might as well start now and prepare.”

In addition to the personal accomplishments, the four-year starter led Archbishop Wood to plenty of success during his time in Warminster. The Vikings won District 12 championships in 2019, 2020 and 2021 while reaching PIAA state championship games in 2019 and 2021. In 2020, Wood was still alive in the state playoffs when the remainder of the season was cancelled due to COVID-19.

He’s most-proud of winning the PCL championship last month. Diggins scored nine points and dished out 12 assists in the 68-59 win over Roman Catholic for the second Catholic League title in program history.

“(Freshman year) I was sitting at the Palestra and I called coach Mosco,” he said. “I told him I was going to get him one (PCL title) before I leave. My sophomore year we lost in the quarterfinals, so we didn’t get the chance to go to the semifinals. My junior year we lost in the semifinals at the Palestra and then finally my senior year we won it before we left.”

As the team’s point guard and leader, Diggins had to keep his teammates happy to achieve the success that they have over the last few years. He faced the challenge of making sure classmates Stinson, Marcus Randolph and Daeshon Shepherd — all 1,000-point scorers and Division I recruits — got enough shots while still keeping enough for himself.

“He was a quiet leader,” Mosco said. “He just led by example. He put everybody on his shoulders. It’s hard with all the players we have to keep everybody happy. He was able to get everybody enough touches and to keep his touches going good, too.”

Another intangible that makes Diggins special is his big-game ability. Mosco said he’s not afraid of the bright lights and the stats back that up.

In his first game at the Palestra in the 2020 PCL semifinals, Diggins scored 35 points, including a PCL record 20 in the fourth quarter.

In two state championship games at Hershey’s GIANT Center, Diggins scored 20 and 26 points, respectively. Last week he scored nine of his 26 points over the final four minutes to help trim a seven-point deficit to one. His pull-up three-pointer with 5.7 seconds remaining made it 58-57, which turned out to be the final score against Reading in Wood’s only loss of the season.

“I just try to win,” Diggins said. “I know my family traveled a long way to get to Hershey — I know they don’t want to see me stink it up. I always have to perform for my family. And I didn’t want to let coach Mosco down. Even though we lost, I did my best to win.”

“He just comes out and plays,” Mosco said. “He doesn’t worry about who’s in front of him or anything that’s being said. He just worries about what he has to do to get the job done.”

Diggins will have plenty of opportunities to play under the bright lights at the college level. He will continue his academic and basketball careers at the University of Connecticut. He chose UConn over a long list of schools, including Florida, Kansas and Villanova, to offer scholarships.

“Coach Dan Hurley reminded me of Mosco,” he said. “They’re both crazy intense. They both trust their guards as long as they play defense. I think UConn was more of a family-oriented program just like Archbishop Wood. Great staff. It’s always great to be called a UConn guard.”