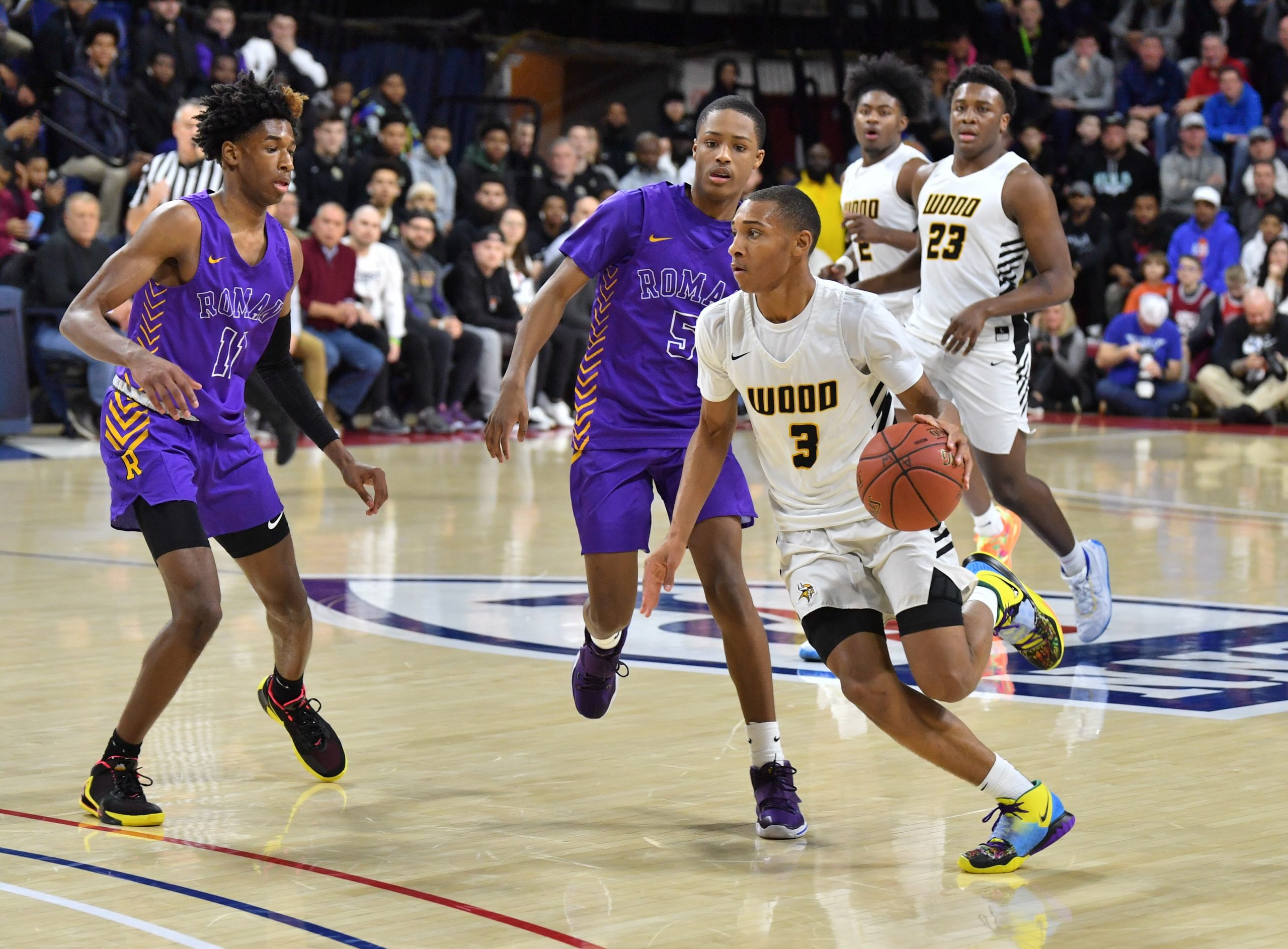 Archbishop Wood’s boys’ basketball team didn’t get to finish its season but that didn’t stop the Vikings from getting some recognition at the state level.

Wood coach John Mosco credited all to his guys but was still happy to see their efforts rewarded.

“I’m happy for all the guys as individuals and for the program, having four guys reach all-state, you don’t hear of that too often,” Mosco said. “Especially with them all being underclassmen, I was happy to hear that and it’s always good to get the recognition for the kids and the program.”

Diggins’ stock only continued to improve in a stellar season that saw the junior named the PCL’s MVP while averaging 20.2 ppg and six assists per game. A smooth scorer, the 6-foot-2 junior rose into the top 100 prospects for the Class of 2021 and added an offer from Kansas to his list on Wednesday.

“He became more of a leader, he balanced distributing the ball with picking when it was his time to take over,” Mosco said. “He played within himself and didn’t worry about whether he was getting points, which helped everything come natural to him.”

Wood finished the regular season as the top seed in the PCL standings and made it to the Palestra for the league semifinals. In his first game at the historic venue, Diggins poured in 35 points including a PCL record 20 in the fourth quarter but it wasn’t enough to get his team through to the championship game.

Despite his national and local profile growing, Diggins never let it affect his performance on the court.

“It’s a credit to his mom and dad, he comes to work every day at practice and in school,” Mosco said. “He’s just enjoying being a high school student. It’s tough, a lot of kids are already thinking about college and he’s just worried about being a high school kid and getting better every day.

“He reminds me a lot of the guards we’ve had in the past like Tommy Funk (Army), Collin Gillespie (Villanova) and Andrew Funk (Bucknell) where they just wanted to come work and get better.”

Malvern Prep senior Deuce Turner, the Inter-Ac’s all-time leading scorer and a Bucknell recruit, was named the 5A Player of the Year. West Chester East big man Andrew Carr, a 6-foot-10 Delaware recruit, was also named to the first team after helping his squad win the District 1 5A title.

Stinson was perhaps Wood’s biggest breakout player of the season. The 6-foot guard, who has a number of mid-major offers, averaged 15 ppg, five rebounds and three assists per game as a hard-charging attacker and tenacious defender.

On top of that, Stinson showed a knack for hitting big shots in Wood’s biggest games. During the Vikings’ seven overtime thriller with Paul VI of Virginia, Stinson scored 31 including some key baskets in the second and third overtimes.

A 6-foot-5 wing with endless athleticism, Shepherd worked to become more of an all-around player for Wood this season. The junior bumped up his perimeter game, shooting 37 percent from deep while averaging 13 ppg, seven boards and three assists.

Shepherd, a Norristown resident, also stepped up on the defensive end and asked to guard the opposing team’s top players every night.

“He wanted to guard the other team’s best scorer, he really focused on his rebounding and scored when we needed him to score,” Mosco said. “Now he just has to take his game to the next level and not just be that athletic guy. He has to continue to make better decisions with the ball and better moves but I thought he had a solid year and he was really consistent.”

Archbishop Wood’s Daeshon Shepherd (22) celebrates his three-point shot in double overtime that gave the Vikings the lead for good over Roman Catholic during their game on Sunday, Jan. 19, 2020. (James Beaver/For MediaNews Group)

Wood’s final all-state pick was also its newest player. Randolph, who transferred from Willingboro (NJ), fit right in as a 6-foot-4 guard with shooting, passing and rebounding abilities. After being the main guy for his team across the river, Randolph accepted a drop in numbers playing with Wood but still posted 14 ppg, five rebounds and four assists.

“It took him some time to adjust and it’s different playing AAU with these guys as opposed to high school,” Mosco said. “It could be Jaylen, Daeshon, it could him, Muneer (Newton) or Rahsool on a given night and he took to it really well and played lights out. To get credit like that, he must have really opened people’s eyes.”

With the entire starting lineup and several key bench players expected back, the Vikings will be a team to watch in the 2020-21 season. At the same time, Mosco said it doesn’t mean anything now and the group still has plenty to accomplish.