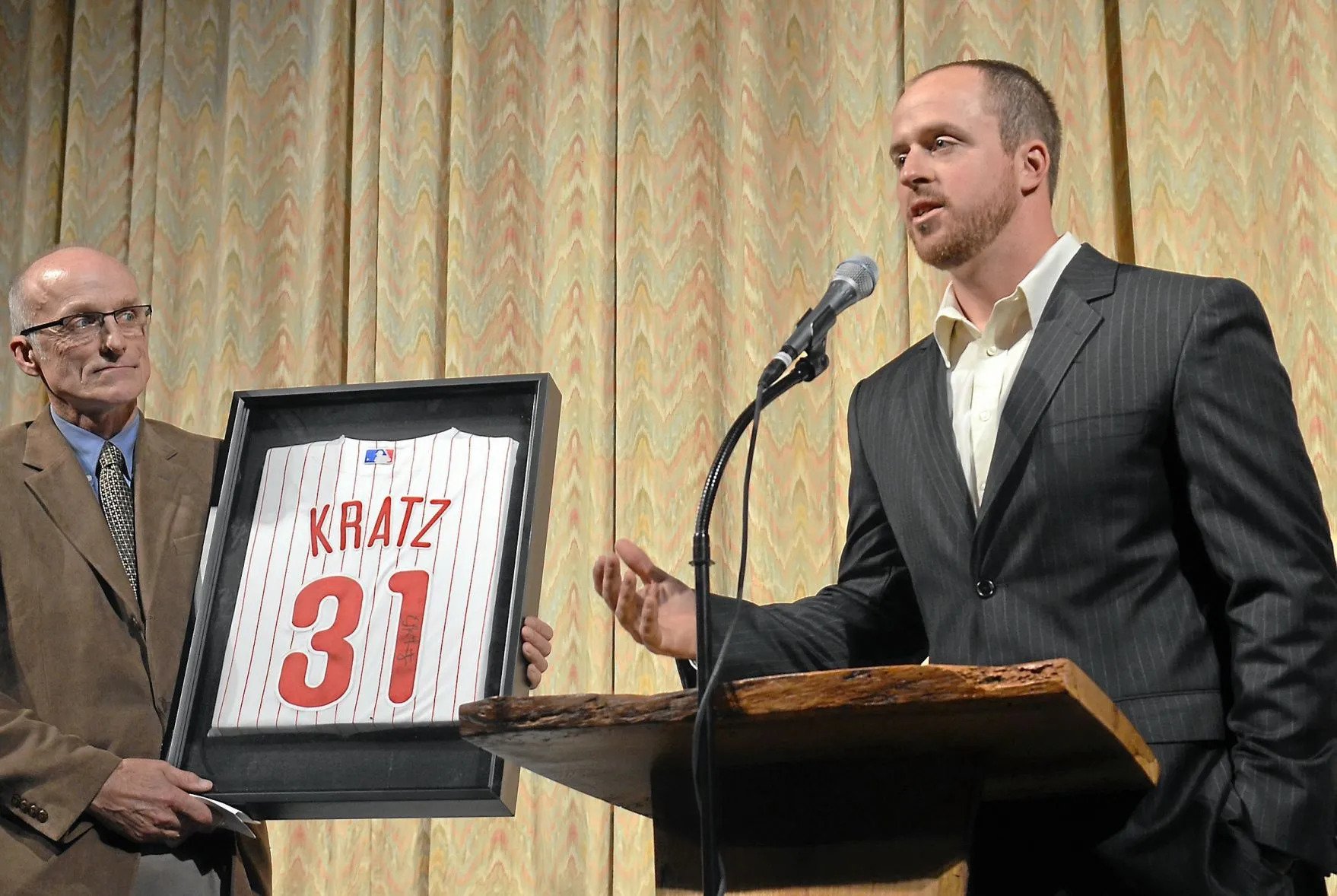 Erik Kratz, right, a 1998 graduate of Christopher Dock Mennonite High School, speaks as he is recognized with a Distinguished Service Award during a cermony at the school Oct. 19, 2022. (Geoff Patton/MediaNews Group File Photo)

Erik Kratz, a Dock Mennonite graduate who spent 19 seasons in professional baseball – 11 of those in Major League Baseball, including two stints with the Philadelphia Phillies – was announced as the Dock varsity baseball head coach Thursday by the school.

Kratz, who graduated from Dock in 1998, has previously been the Dock Mennonite Academy middle school coach. He takes over the varsity program from Joe Mascio, who resigned after one season that saw the Pioneers go 15-4 and win the District 1 Class 2A title.

“We are very excited to have Erik lead our baseball program,” Dock athletic director Seth Frankenfield said. “We know Erik will get the most out of our athletes from a baseball perspective, but he will also help develop them into leaders who will make a positive influence in our world. Erik has an undeniable love for baseball, yet he cares just as deeply about student athletes and helping them become the best overall person they can be. We look forward to this culture being instilled in Dock’s Baseball program.”

After a college career at Eastern Mennonite University that included him twice earning Old Dominion Athletic Conference Player of the Year honors, Kratz was selected in the 29th round of the 2002 Major League Baseball Amateur Draft by the Toronto Blue Jays.

Kratz played in the minors until making his major league debut in 2010 with the Pittsburgh Pirates, the first of nine MLB teams the catcher played for until retiring after his 2020 season. He earned a World Series ring as a member of the 2015 champion Kansas City Royals.

Kratz saw time with the San Francisco Giants and Tampa Bay Rays in 2019 before finishing his career with the Yankees in 2020.