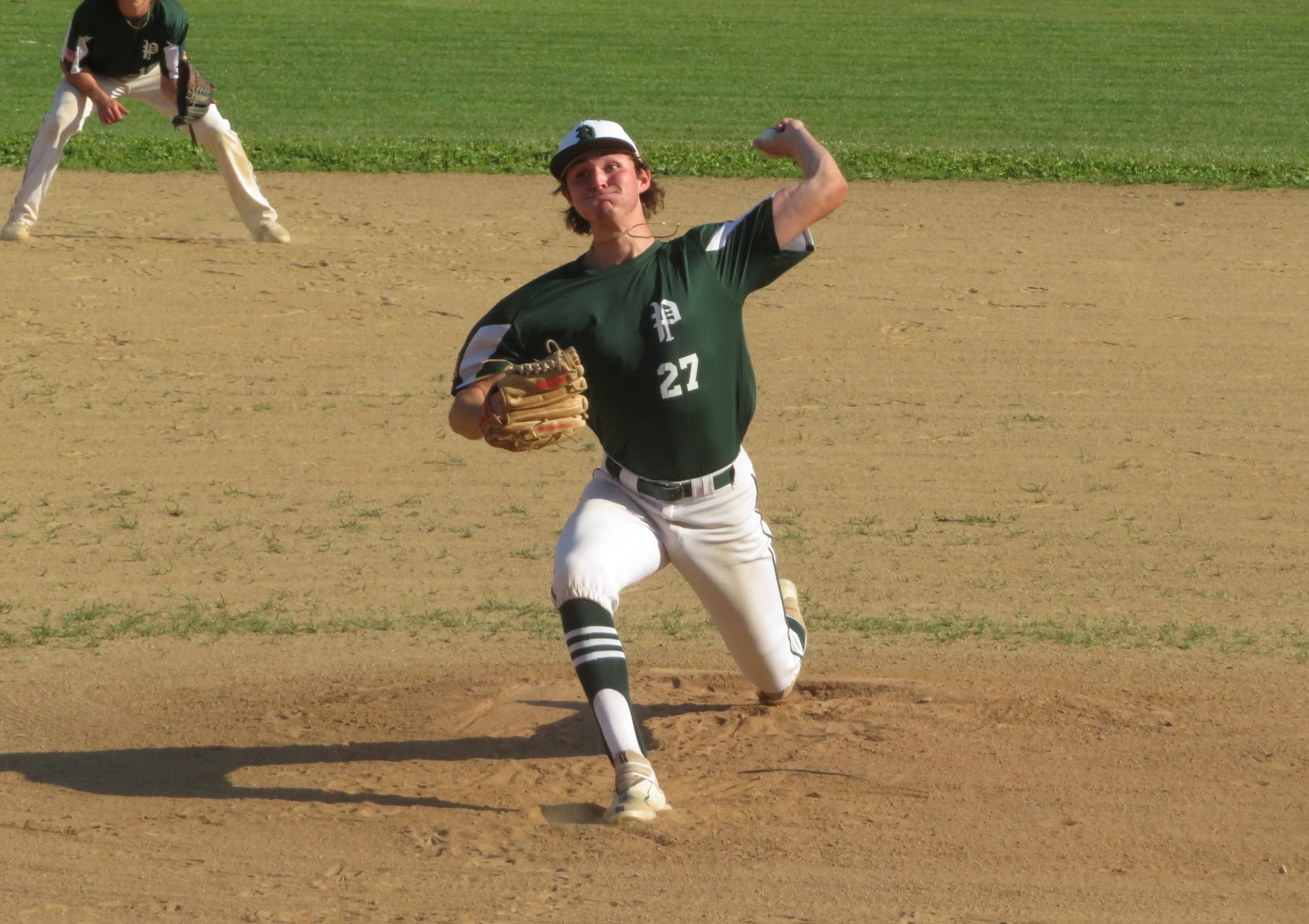 The left-hander, who didn’t pitch for a few weeks with a shoulder issue, picked up the win in Pennridge’s 7-1 Bux Mont American Legion Baseball League victory over Perkiomen at Kulp Park.

DeHaven started and threw five scoreless innings before reaching his 70-pitch limit. He surrendered two hits while striking out 11 batters to one walk.

“The fastball – I love spotting up inside,” DeHaven, who’s working on his mechanics to protect his shoulder, credited for the successful outing. “From 0-2 I go to the change and then if they hit that or sit on that I go to the curveball or another fastball inside, sometimes outside. I just run with it.”

After the leadoff batter in the top of the first inning reached on an error, DeHaven recorded 11 straight outs, nine of which were strikeouts.

The only trouble he faced was in the fourth inning. After two quick strikeouts, DeHaven walked a batter and allowed back-to-back singles to lose his no-hitter and load the bases. He ended the threat with a strikeout.

DeHaven, who will be pitching at West Chester next year, said the 70-pitch limit was just for this game.

“This is it,” DeHaven, who struck out 12 batters in four no-hit innings in an outing earlier in June, said. “Once we get into playoffs I’ll be going like 100. I’ll be good.”

Patrick Mill threw the final two innings, allowing one run on three hits. The lefty struck out two batters to no walks.

Pennridge got on the board in the bottom of the first inning. Robbie Pliszka led off with a double, moved to third on an error and scored on a Justin Petrik bases-loaded walk for a 1-0 lead.

In the bottom of the third, Pennridge added two more runs with a two-out rally. After a flyout to center field and a strikeout, Noah Rush and Petrik hit back-to-back singles. Mill got hit by a pitch to load the bases before Nathan Manuola hit a two-run single right up the middle for a 3-0 lead.

“On the first at-bat I was late on everything,” Manuola said. “I tried to set up earlier and put something in play up the middle.”

Manuola made it 4-0 in the bottom of the fifth inning with an RBI single to right field.

After Perkiomen (5-5-1) got within 4-1 in the top of the sixth, Pennridge added some insurance in the bottom of the frame.

Rush hit a two-run double before Patrick Duffy’s RBI single made it 7-1.

The Bux Mont regular season is scheduled to end July 6.

“We’re feeling good,” Manuola said. “We’re just trying to win as many games as we can, trying to move up and get a better spot in playoffs.”