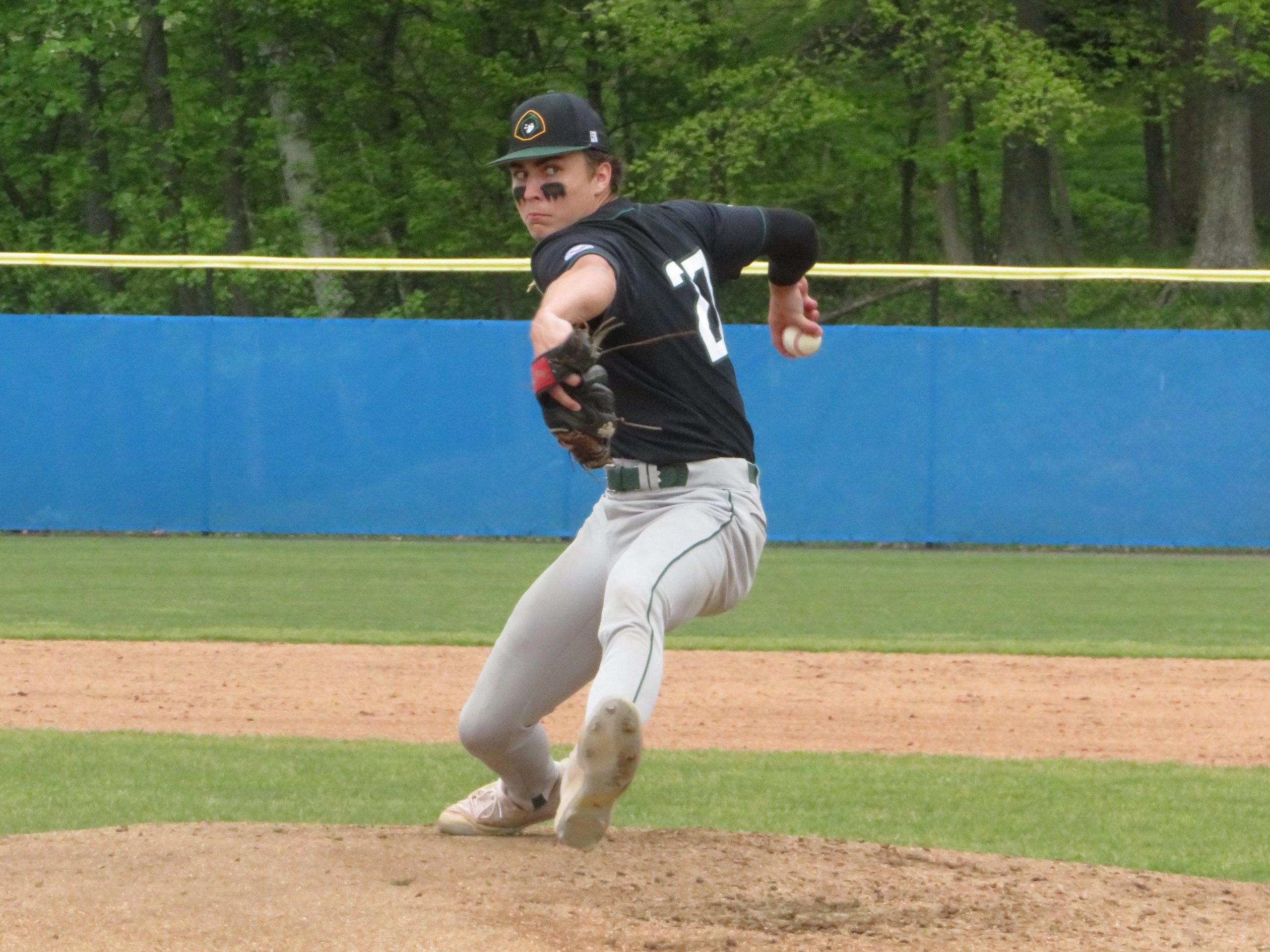 The Friars beat defending champion La Salle, 3-2 in eight innings, to improve to 11-0 in PCL play and clinch the No. 1 seed for the league playoffs with one game remaining in the regular season.

Kevin McGonigle led off the top of the eighth inning with a single and advanced to second on a Jaxon Kehoe sacrifice bunt. Joey DeMucci followed with a single up the middle to score McGonigle and break the 2-2 tie that held since the third inning.

“I was just so excited,” DeMucci, who went 3-for-4, said. “I don’t even have words right now. We just clinched the one spot for the playoffs. Put this behind us, 0-0 again, back at it again on Monday against Neumann-Goretti. Big game.

“When I saw (the hit) got through (the infield) it felt great. I knew my man Kevin McGonigle was going to score.”

Joey DeMucci gets his third hit of the day. RBI single puts Bonner up 3-2 top 8. pic.twitter.com/r3G4ofyBpm

Carr earned the win with two scoreless, no-hit innings, striking out four batters to one walk. He entered the game after starter Kevin Henrich reached the 100-pitch limit. In six innings, Henrich struck out eight batters to three walks and allowed two runs on three hits.

“I was throwing my slider and off-speed a lot more than I usually do,” Henrich said. “With a team like that, you have to mix it up or they’re going to get on you. I think I did a pretty good job mixing everything up and besides that one inning everything was smooth.”

“I can’t be any happier for them two guys,” DeMucci, B-P’s catcher, said. “They pitched their asses off. They did what they had to do, stayed composed, threw strikes, defense made some plays. We were good.” La Salle’s Cole Kochanowicz took the loss after allowing one run on two hits in one inning. He struck out one batter to no walks.

Kevin Kell threw seven innings for the Explorers before reaching his limit. After allowing two runs – one on a wild pitch and one on an error – in the first inning, he held the Friars scoreless through seven. He allowed two hits while striking out eight batters to four walks. “(Kell’s) really grown up this year,” La Salle coach Kyle Werman said. “I’ve been so proud of how he’s competed on the mound. I think his worst enemy is he’s got really good stuff and sometimes you want it too much and you leave balls up trying to overthrow. He’s really learned how to get that back and execute – dump in a 2-0 breaking ball, doing the things that pitchers need to do and he pitched today against a really potent lineup.

“We were a couple plays away from a really stellar gem. For him to go the distance like he did – we need that from him as we want to do some big things. We need to ride a guy like Kevin who’s seasoned, who’s been there before and I really like how he’s stepping up to fill those shoes.”

Bonner’s Kehoe worked a one-out walk and stole second in the top of the first inning. He advanced to third on a DeMucci single and scored on a wild pitch. Later in the first, Michael Anderson walked and scored from first when La Salle threw away a groundball, giving the Friars an early 2-0 lead.

La Salle did all of its damage in the bottom of the third. Jake Overton broke up Henrich’s perfect game with a single before Tommy Convey made it back-to-back base hits with no outs. After Overton stole third and Convey moved to second on a wild pitch, Tahir Parker hit a sacrifice fly to score Overton. Aiden Bretschneider followed with a single, scoring Convey to tie the game, 2-2.

Brian Baquero got hit by a pitch and Matt Gannon worked a walk to load the bases with two outs, but Henrich got out of the jam with a strikeout to keep the game tied.

“We had a couple opportunities,” Werman said. “When you play a really good team – if you’re trying to win a championship and beat a team like this – they’re a team with veteran guys. Everybody’s back from a really strong run a year ago. The margins are slim. To win a game like this you have to be in a position like we were, you have to execute. We had a couple miscues and I think that hurt us.”

The loss drops La Salle to a tie for fifth place in the PCL with a 7-4 record. The defending champs are 1.5 games ahead of Roman Catholic (5-5), which plays St. Joseph’s Prep Friday. La Salle closes its regular season against Roman Monday in a game that could determine who finishes as a top-6 seed and gets a first-round bye in the PCL playoffs.

“We have to control what we control,” Werman said. “A win on Monday puts us in that position. There’s a bunch of teams fighting for those same spots and probably a bunch of 8-4 teams, hopefully if we do what we need to do on Monday, but I’ve been here and learned some hard ways about that last game of the year. We’re going to talk about how to compete. It’s a 6A school, a rival, on their turf over at La Salle U. I think that’s going to present a challenge.”