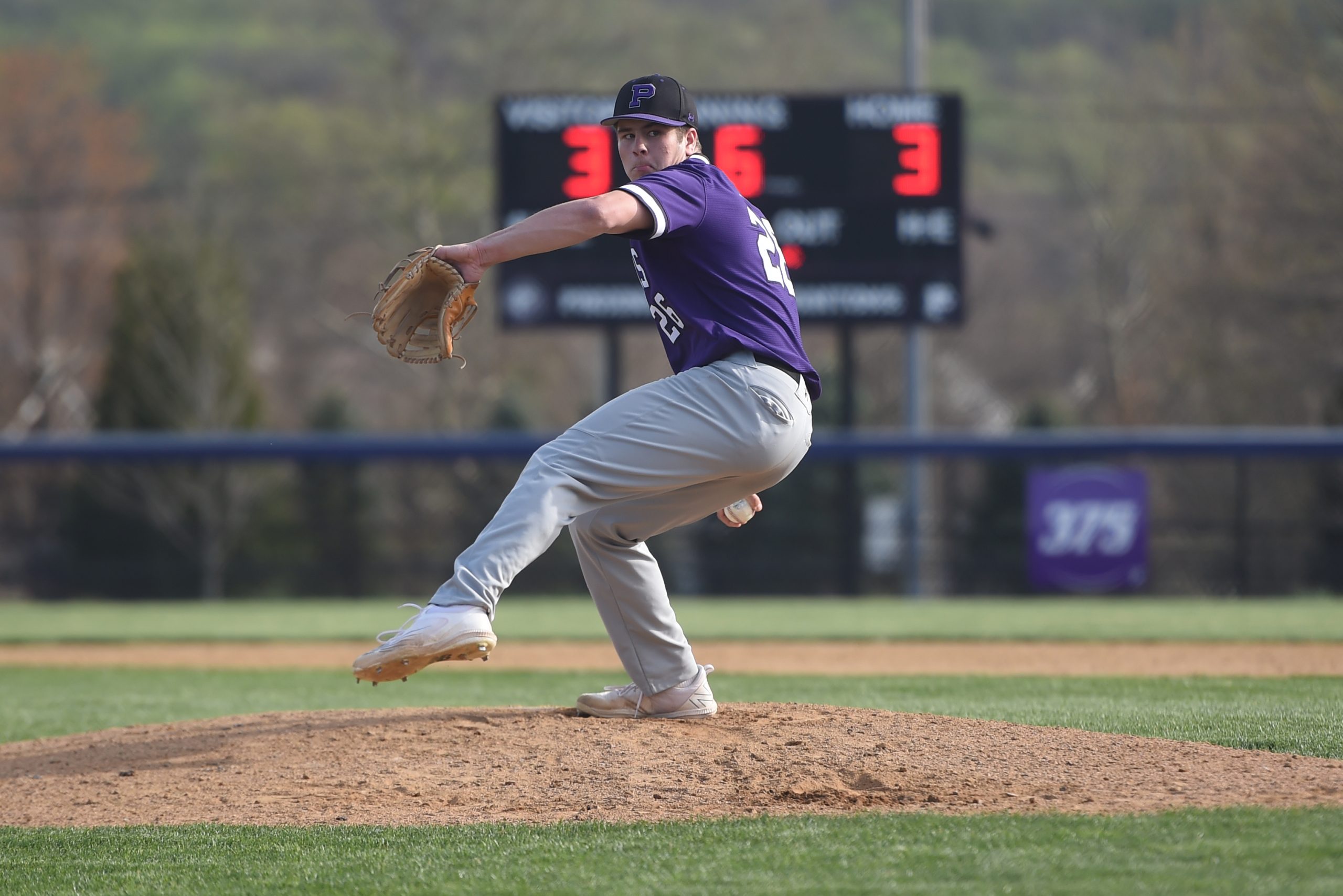 Highlights: Drew Kingsbury put together an efficient complete game where he allowed six hits and one run while striking out four over 85 pitches to lead the Phantoms to a PAC Frontier win. The win gave the Phantoms a two-game edge over the Indians with three Frontier games remaining.

Dylan Antonini was the Phantoms’ offensive standout, going 2-for-3 with a double and RBI. Evan Wittig was the hard-luck loser for UP, surrendering four hits and one earned run in five innings pitched.

Ty Lohsen put in a quality start, allowing three runs on four hits over 6 1/3 innings. Howarth picked up the two-out save.

Tommy Kratz’s two-run double was the big blow in Methacton’s three-run first inning.Brandon Shane was the star for the Bears, going 3-for-3 with a home run, double and two runs driven in.

Highlights: The Rams smashed four home runs – two from Jake Books, one apiece from Gage Swanger and Nicholas Flores – and rolled by the Eagles in five innings for a PAC win Monday.

Highlights: The Golden Panthers plated 10 runs in the second innings on the way to a five-inning win over the Vikings Monday.

Adam Yarrison went 2-for-2 and drove in four runs, while Mike Greco doubled twice and drove in a pair of runs in his two at-bats.

Frank Dimaio allowed just one hit in three shutout innings, before handing the ball to Luke Terlesky (4 Ks) for the final two frames.

Highlights: Pottsgrove broke out in the second inning and Yasir Gardner-Sizer (double, triple, 2 RBI) was among four Falcons with two hits in a five-inning PAC Frontier win over Pottstown.

Bubba Pyshre, Evan Radomicki and Zach Tyson had two hits each for Grove. Jacob Slanker gave up two runs on four hits in five innings for the win.

Jadon Wiszumerski had a double and RBI for Pottstown.

Highlights: The Blazers pulled out a back-and-forth game, rallying from 7-3 down for the win.

The Red Knights’ Juandu Nunez went 3-for-3 and drove in a run.