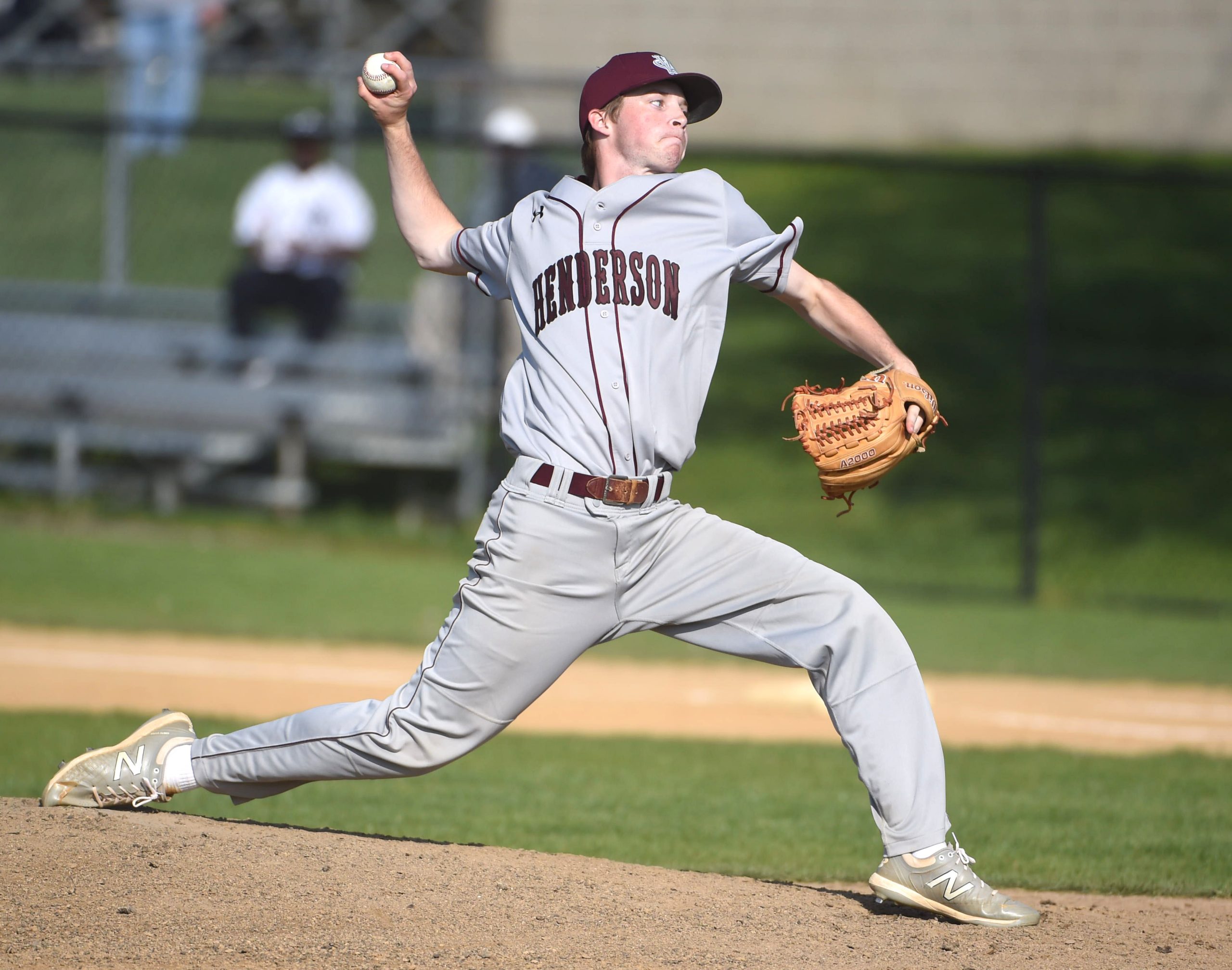 This prescription worked perfectly Monday afternoon at Price Field as the visiting Warriors rode a sterling three-hit, 11-strikeout gem from Jackson Snyder to propel the Warriors to a 6-0 win over host West Chester East in Ches-Mont National Division action.

Henderson (12-1 Ches-Mont, 14-1 overall) broke open a scoreless game in the top of the third inning to take a 1-0 lead and that was all Snyder would need to keep the Warriors atop the division standings.

“My fastball was working really well today and I was able to get ahead with it,” Snyder said. “My changeup was also working well and the fastball set it up that pitch. My defense behind me was very good, and these guys make it easy to pitch because when you get a lead you can relax a little bit and with the way they play defense it feels like six or seven to nothing.”

The Warriors got their first run when Eric Lintelman laid down perfect one out bunt single down the third base line. Lintelman then stole second and came around to score the Warriors’ first run when Eddie Smink’s grounder to short was misplayed on the throw to first and Lintelman kept running to home.

The bats kept rolling for the Warriors in the top of the fourth inning when Dylan Grim led off with a long triple to center field. Grim then scored on a passed ball to give the Warriors a 2-0 lead. Ethan Giangiulio singled and came around to score on Lintelman’s ringing double and the Warriors were off to the races with a 3-0 lead.

“I hit a changeup that was right over the middle of the plate,” Grim said. “We needed to get the lead early and those three runs felt really good. When you get three runs with Snyder or Eddie Smink on the mound it feels like a whole lot more. This was a good win for us today.”

With the lead in hand Snyder breezed through the middle innings as he set down 12 East (6-8, 6-8) batters in a row after giving up singles in the first and second innings. Snyder struck out the side in the bottom of the fourth inning on just 15 pitches and was in complete control all game as he deftly mixed up his pitches to quell the Vikings’ attack.

The Warriors salted the game away with two more runs in the top of the sixth inning. With two out, Lintelman walked to put a man on first with two out. Kevin Wheeler hit a grounder that was booted and then Smink ripped an RBI single to left field.

The error was one of four West Chester East miscues on the day. Then Dean O’Neill joined the Warriors’ hit parade by stroking a RBI double to right center and it was a 5-0 game and the Warriors had another very impressive victory.

“We scored some runs early on and they were not pretty runs,” Henderson coach Luke McNichol said. “But like we say we just kept grinding out our at bats and Jackson pitched another strong game for us. We ended up getting some timely hits and we took advantage on some of their mistakes today.”