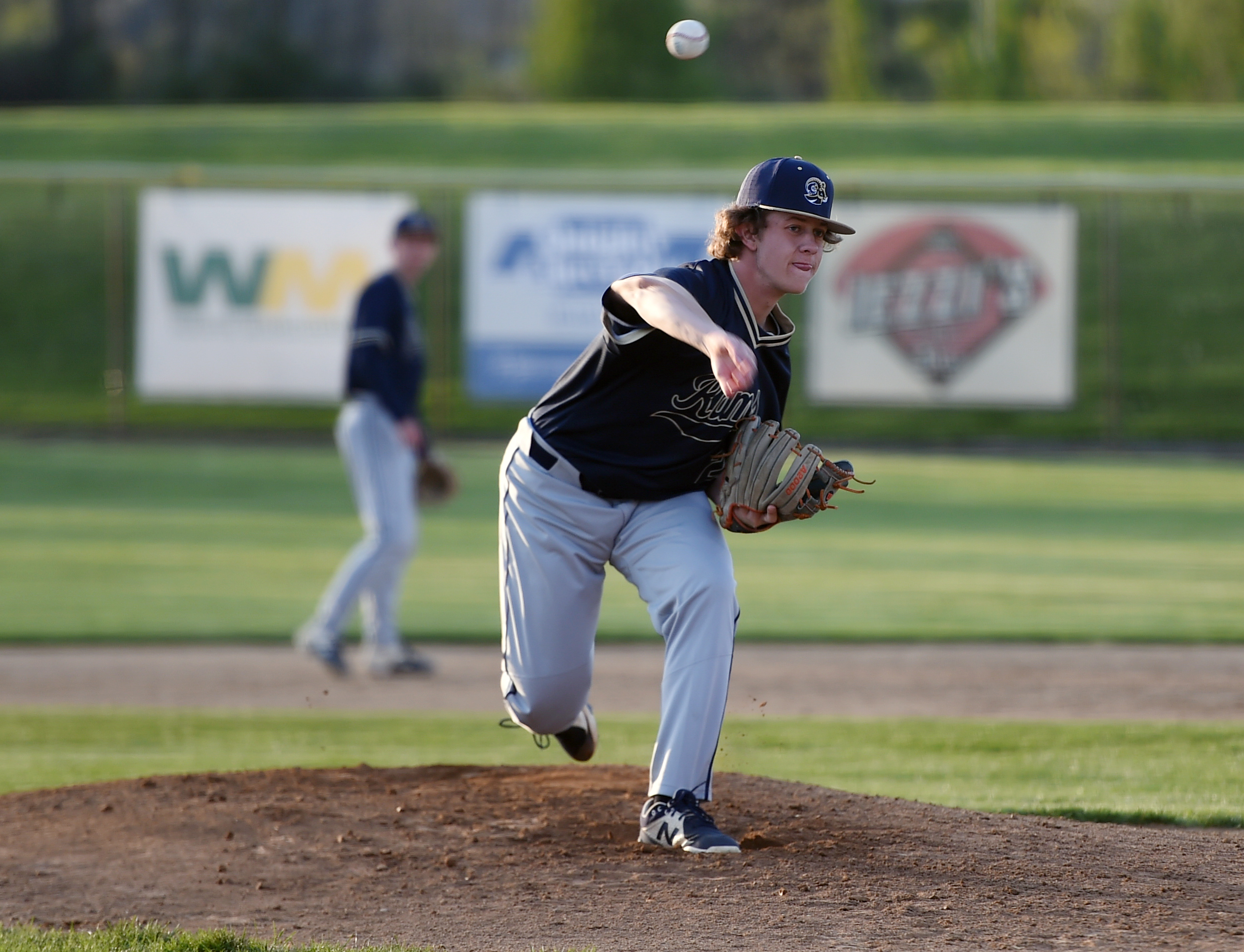 How could he? Wible didn’t even try out for the team as a sophomore and junior when Harrison was head coach.

But there Wible was Friday night at Boyertown pitching in another one of the Rams’ marquee games this season.

Wible turned in his best performance of 2022, striking out eight and allowing just four hits and no walks in a 7-0 Pioneer Athletic Conference Liberty Division win.

“I was cut freshman year and I really motivated myself to work on gaining velocity and really working on myself as a pitcher,” Wible said. “Clearly it’s paying off. I’m really proud of myself.”

Wible was cut from the Spring-Ford program as a freshman. He played for the golf team in the fall and pitched for the Spring City Legion team in the summer, but still had ideas of rejoining the Rams at some point by the end of his high school career.

He said he wasn’t quite ready last year, still thinking he had some work left to do to become the pitcher he wanted to be, so he spent time in the weight room and working with pitching coach Joe Moore (father of former Spring-Ford player and current MiLB player Ryne Moore) at Complete Game in Royersford.

Wible didn’t play with the Rams’ fall baseball team during golf season, but when he showed up for winter workouts he earned a chance on the team to prove himself this season.

“The more innings he’s accumulated here, the more confident we’ve gotten in him and the more confident he’s gotten on the mound,” Harrison said. “We’re pretty comfortable throwing him out there against anyone. It’s pretty unique that we didn’t even know of him until he came to our first winter workouts this offseason and he’s a senior. That was a pretty pleasant surprise.”

It was clear from the start of the game Friday that he had special stuff. He commanded his fastball and mixed in a change-up and curveball that gave Boyertown fits after the Bears won 7-0 in the two teams’ matchup earlier this season.

“I had all three pitches with me today,” Wible said. “I located the fastball well. The change-up was moving a lot today. The curveball I located well, kept it away. We pounded the outside corner today.”

Boyertown’s Colin Eisenhard tallied a hit in the third inning, but the Bears didn’t have another base runner until a knock by Luke Moser in the sixth. Ryan Maloney and Easton Albert tallied two-out hits in the seventh, but Wible slammed the door with his eighth strikeout of the night.

“Throughout the night as soon as he got that strike first pitch he always came back with the curve,” Maloney said. “We were starting to read it, tried to stay back. We took some good aggressive cuts, just couldn’t pull a hit through.”

“We were a little late behind that fastball, but we’ll jump back on it.”

Bears’ starter Nate Fox looked similarly effective through the first two frames before Grant Klemann led off the third with a double.

The Rams used a bunt to move him over and Ryan Cecconi drove him in to put Spring-Ford up 1-0. A few defensive miscues allowed the Rams two add three more in the inning, going up 4-0.

Spring-Ford added three more in the fourth with some help from the Bears and a two-RBI double from Griffin Straface. With Wible dealing, the 7-0 lead after three and a half innings was plenty for the Rams.

“We put the bat on the ball,” Korchok said. “They made some mistakes and we capitalized on those mistakes.”

Following a COVID canceled 2020 season and no PAC postseason in 2021. Both teams will hope to make runs at the league playoffs.

Boyertown (6-4 PAC, 2-4 Liberty) has some ground to make up in the division and league. The Bears have 14 seniors and a slew of holdovers from last year’s District 1 runner-up squad to lead them on a late-season run.

“We’ve all been playing for a long time together and I think we’re starting to gel together as seniors and we’re starting to get momentum,” Maloney said. “I think our bats are getting hot at the right time. We’re always good defensively. We just had some bad luck tonight. We’re going to turn it around and I think we’re going to make a good push here.”

The defending champion Rams (7-3 PAC, 4-2 Liberty) had a lot to replace from last year’s squad, but a comeback win against Perkiomen Valley last Friday seems to have ignited the somewhat inexperienced squad. Spring-Ford outscored opponents 38-0 in three wins this week.

“That was huge for us,” Korchok said. “That was a big turning point for us.”