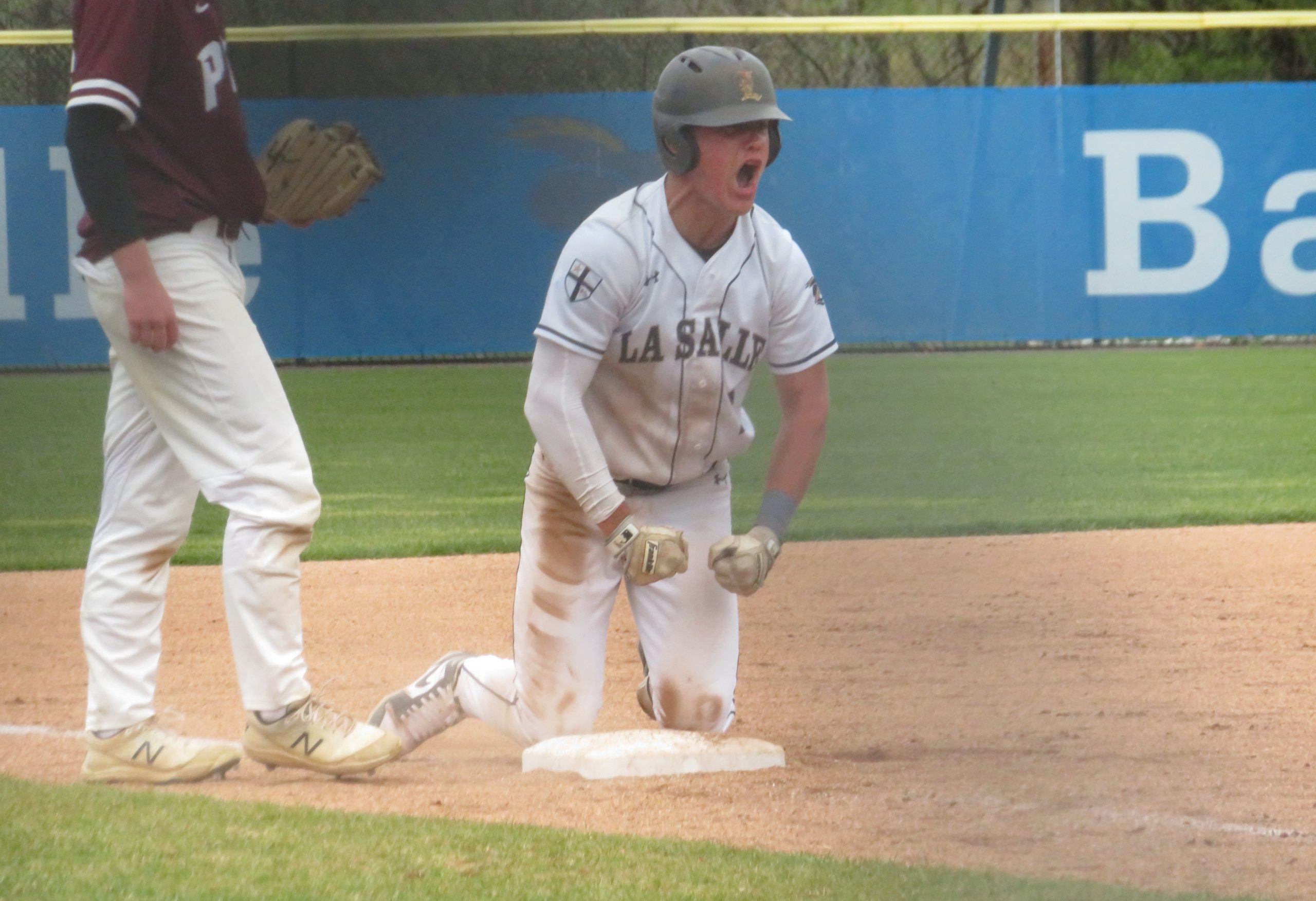 SPRINGFIELD >> When La Salle’s Aidan Bretschneider stepped to the plate with runners in scoring position, he delivered.

“All week we worked on approach,” Bretschneider credited for his big game. “The last two weeks we got out of our approach. We just hammered that in practice, driving the ball to the right side. It just worked today. Stuck to our approach that coach (Kyle) Werman gave us.”

Bretschneider delivered the game-changing hit in the bottom of the third inning. With the bases loaded and no outs, trailing 2-1, he ripped a three-run triple down the left field line.

“I was just sitting fastball and looking for inside pitches I could drive,” he said. “I got it, turned on it and it went in my favor.”

“He’s our main guy,” La Salle coach Kyle Werman said. “He’s a guy that I think guys look to to compete. He’s a confident, really really stellar athlete who’s got a future in college like some of our other guys. Aidan is the guy we roll with. Today he had a really nice day. I was really pleased and hopefully we keep it rolling.”

In the bottom of the fifth inning, Bretschneider hit a two-out, two-run single to right center, extending the La Salle lead to 12-4.

The Explorers got the scoring started in the bottom of the first inning. Tahir Parker led off by working an eight-pitch walk and stealing second. Bretschneider made it a 1-0 game when he sent a single right back up the middle and Parker beat the throw home.

“(Hitting behind Parker) is great,” the Monmouth University commit said. “Whenever he’s on base, there’s always a chance he can steal a base. He can always be in scoring position even if he hits a single or gets a walk. He can snag a base right there. It’s really nice hitting behind him.” Parker went 1-for-1 in the game. He worked a walk, got hit by a pitch and had a sacrifice fly while scoring two runs.

“He’s been a consistent spark plug,” Werman said. “He’s really a grinder at bat and it’s not a guy you’re going to beat with much. He finds the barrel, he’s aggressive, he’s confident. He gives us a different presence at the leadoff spot.”

“He’s a sophomore,” Werman said. “He’s a guy that showed pretty early on down in Myrtle Beach – first varsity at-bat he turns around a fastball from a Division I commit and hits a home run. He’s got a really advanced feel for the game that as a coach you know you’re going to get something competitive.”

Jacob Overton, Tim Schuler and Colin Dunlap added RBI for the Explorers, who also scored once on an error and once on a first-and-third steal.

While the offense was scoring runs, pitcher Emmett McLaughlin threw a complete game. Despite allowing a few seeing-eye singles in the first couple innings, he went all six innings, surrendering four runs on 10 hits. He struck out seven batters to one walk.

“He was getting a lot of tough-luck singles,” Werman said. “To their credit, they were aggressive, putting balls in play. They were just finding holes. I thought he did an amazing job at managing and avoiding the big inning. It allowed us to offensively come in and just take our at-bats and put some pressure and we got a couple key hits.”