Mercury Baseball Roundup (April 20): Pottsgrove 1st-inning rally too much for PJP to overcome 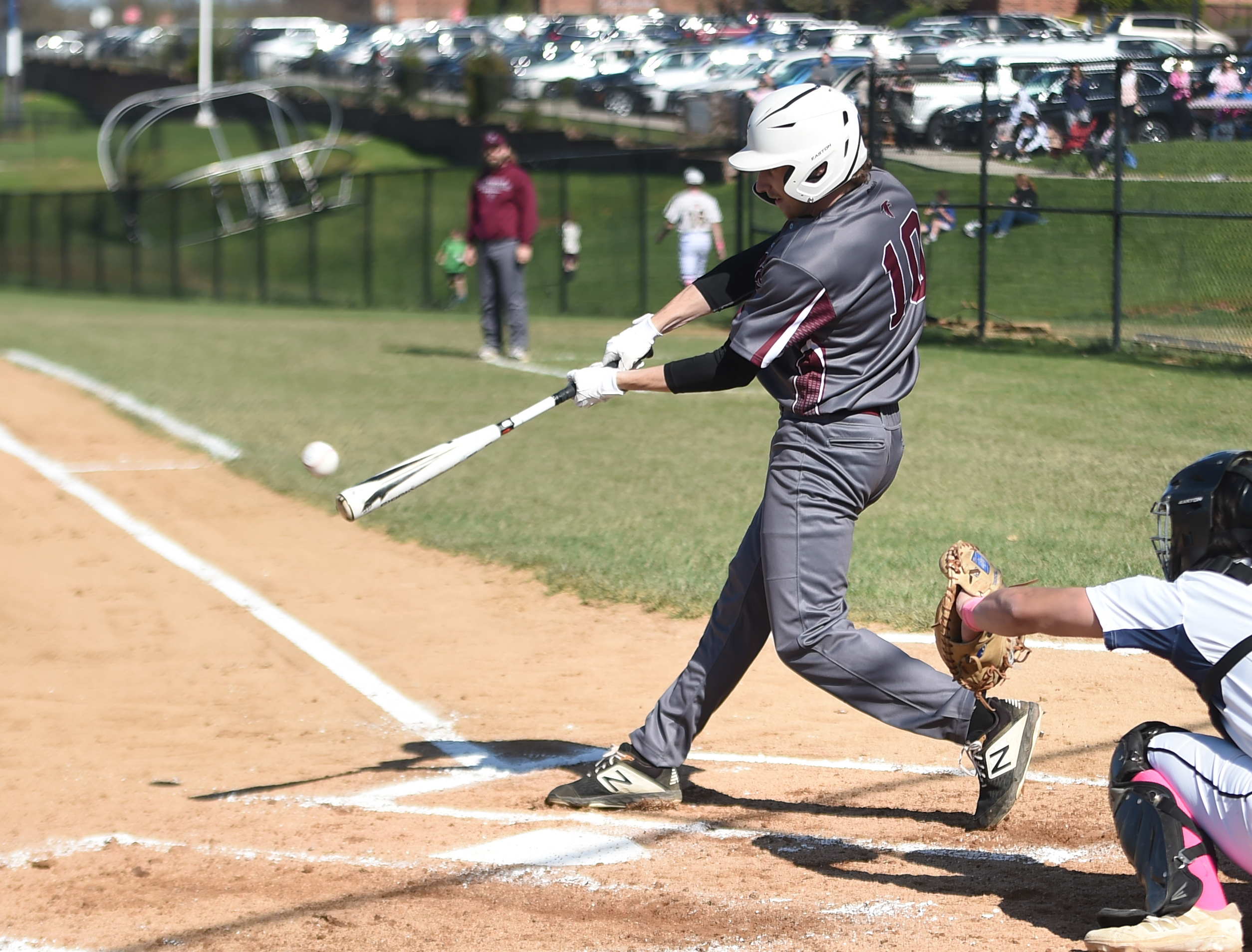 .@PGSDAthletics’s Yasir Gardner-Sizer, left, and JR McMenamin had big days at the plate in Wednesday’s win over PJP. pic.twitter.com/MOY6jJwSM3

After PJP starter Nik Rubendall retired the first two batters of the top of the first, Potttsgrove senior outfielder Yasir Gardner-Sizer doubled with two outs and two strikes to keep the inning alive.

The Falcons batted all the way around in the inning as Gardner-Sizer’s two-RBI single later in the frame finished off an eight-run inning to spot Pottsgrove an 8-0 lead. Jacob Slanker and J.R. McMenamin had the other big hits in the frame.

“Usually when one of us keeps going and gets it ready then everybody’s going to keep going and get hype,” Gardner-Sizer said. “It just moves momentum and everybody gets charged up.”

The Golden Panthers got two runs back in the bottom of the second, and scored a run in the third and the fourth, but Van Bramer retired all nine batters he faced in the fifth, sixth and seventh innings — striking out the side in the sixth — to finish off the complete game effort. He struck out five and walked one, allowing three earned runs on five hits.

“It was great,” McMenamin said. “We all hit really well. The run support was great. Ryan had a lot of support out there on the mound and he did really well out there so I give him props and I think it was great team win.”

Brendan Kenning, returning from an injury suffered during football season, doubled and drove in a run and Dylan Simeone added a double for PJP.

PJP’s Blake High kept the Falcons from pulling completely away by allowing just one run in 3.1 innings of relief.

Giorgi was 2-for-3 with two RBI, while winning pitcher Jack Colyer, who allowed eight hits, zero earned runs and struck out six, was 2-for-2 at the plate. Zachery Fusco and Luke Ott had two hits each for PV.

Kross Howarth was 2-for-3 with two RBI for Methacton, but took the pitching loss.

Highlights:  Down by one entering the final frame, the Wildcats plated four runs in the top of the seventh to take Wednesday’s PAC Liberty game. Dean Mihos (2-for-4, 2B, 2 RBI) drove in the tying run before coming in to score the winning run and then came on the mound in the bottom of the inning for the save.

Doubles by Blaine Waltimyer and Zach Brocker added insurance runs in the seventh. Kyle O’Connor and Aaron Kirby had two-hi days for the Wildcats. Nick Flores (2-for-4) doubled twice, scored twice and drove in two runs for Spring-Ford, which took a 5-4 lead in the bottom of the sixth.

Tyler Brashear struck out seven batters in 3.1 innings of middle relief for OJR.

Highlights: Wade Carruthers was 2-for-2 with an RBI and Hudson Narke and Dylan Antonini combined to not allow a hit over four innings in a PAC win.

Highlights: Braden Reig (two hits) drove in five runs and Upper Perk needed only five innings to dispatch Upper Merion in PAC play. Blake Gehman, with three hits and two RBI, was the Tribe’s other offensive standout as part of a 13-hit attack.

Highlights: Cesar Lopez and Avery Smith led the offense with three hits apiece with back-to-back triples in the fourth.

Shane Baird led the team with 4 RBI an Zach Mayza had 3 RBI.