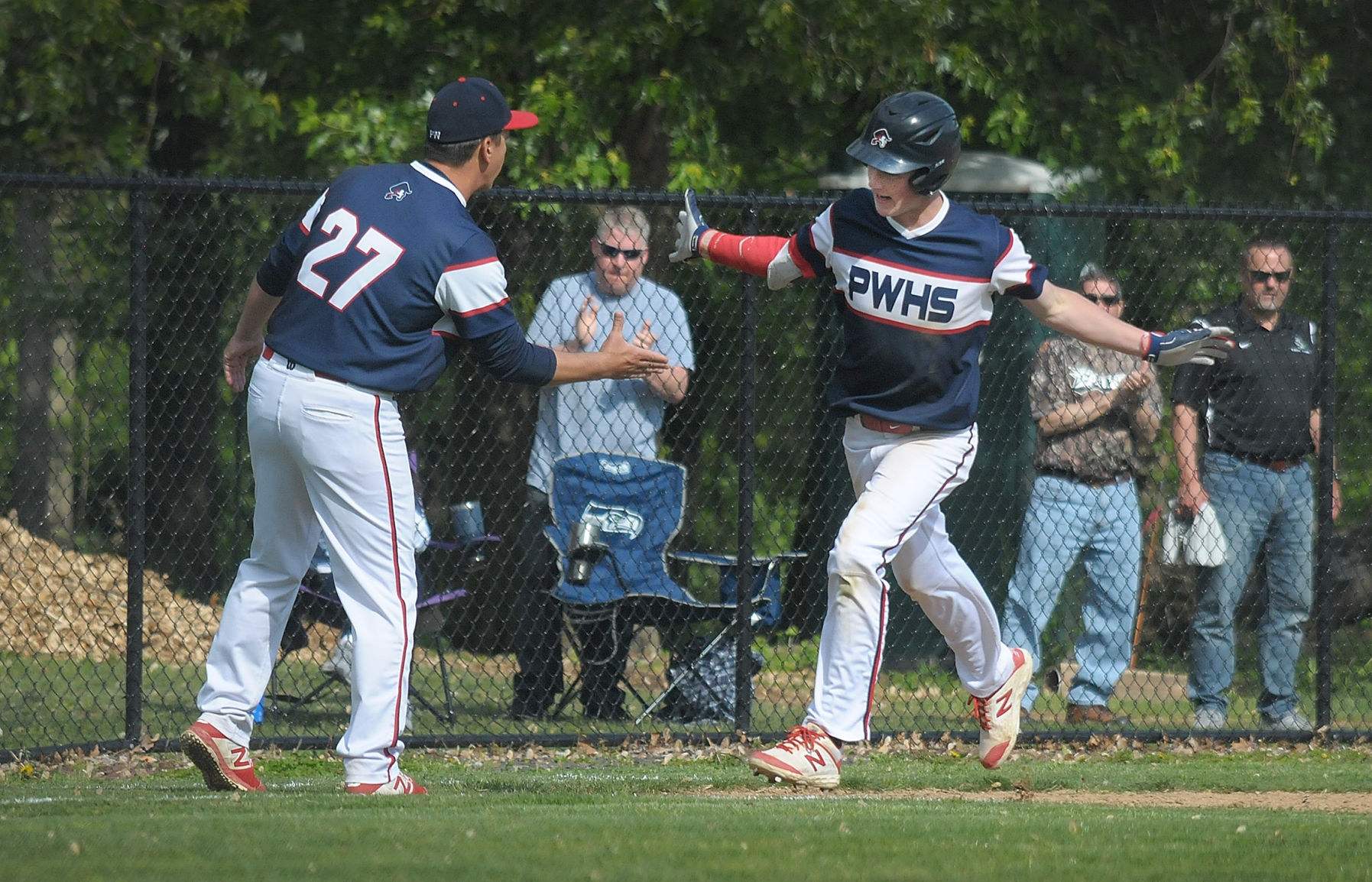 A few days before tryouts, a member of Joe Jaconski’s family tested positive for COVID-19. After losing his entire junior season to the pandemic, the Plymouth Whitemarsh senior spent a week in a hotel room so he didn’t have to miss any time.

The Colonials started the season with 15 straight wins and won the Suburban One League Liberty Division behind a monster year from the University of North Carolina commit. Jaconski hit .464 with eight home runs, 29 RBI, 35 runs scored, 17 stolen bases and 27 walks in 21 games while potentially being the best defensive shortstop in program history.

For his leadership and dominant season, Jaconski is the Reporter/Times Herald/Montgomery Media 2021 Baseball Player of the Year.

Jaconski was named to his third first team All-League list this season after earning it in the Inter-Ac as a freshman at Springside Chestnut Hill and in the SOL American as a sophomore at PW. He put up his offensive numbers while getting the best from every pitcher he faced. He posted a .614 OBP and 1.596 OPS in 88 plate appearances.

“I was just trying to stay within myself and not play to try to impress others,” Jaconski said. “I was just trying to be me and get pitches I could hit. If I was getting pitches I could hit I’m going to swing at them, but if I’m not getting pitches I can hit I will obviously take the base. I just tried to stay within myself and not get myself out, make the pitchers come to me.”

“Joe couldn’t hide from anyone this year, and every pitcher who faced him knew they couldn’t make a mistake,” PW coach Chris Manero said. “This can often be very difficult for a high school player and there are so many examples of top talent like Joe struggling during their senior year because of this. However, Joe remained patient at the plate all season, never deviated from his game, walked a ton and very rarely missed an opportunity to come up big in the clutch.”

Jaconski’s been clutch his entire time at PW. In 2019, he hit a solo home run in an SOL American championship game against Hatboro-Horsham. This year he led off the bottom of the first inning with a home run in the SOL Liberty-clinching win over Abington and hit two home runs – one to left field and one to right – in the second round of districts against Garnet Valley.

Jaconski spent five weeks in Chapel Hill, N.C. earlier this summer taking classes and working out. This weekend he heads back for good for training and the fall semester.

“I obviously think it was a great season,” Jaconski said of his final year at PW. “It didn’t end the way we wanted it to. I felt I played pretty well. Now it’s kind of in the past. I’m focused on the future now because once you get to the next level in college what you did in high school does matter because everyone at that level was the best player on their high school team, everyone put up close to those numbers and very good numbers in high school. Now it’s just a mental game, staying confident and being mentally tough because everyone at the next level is that good.”