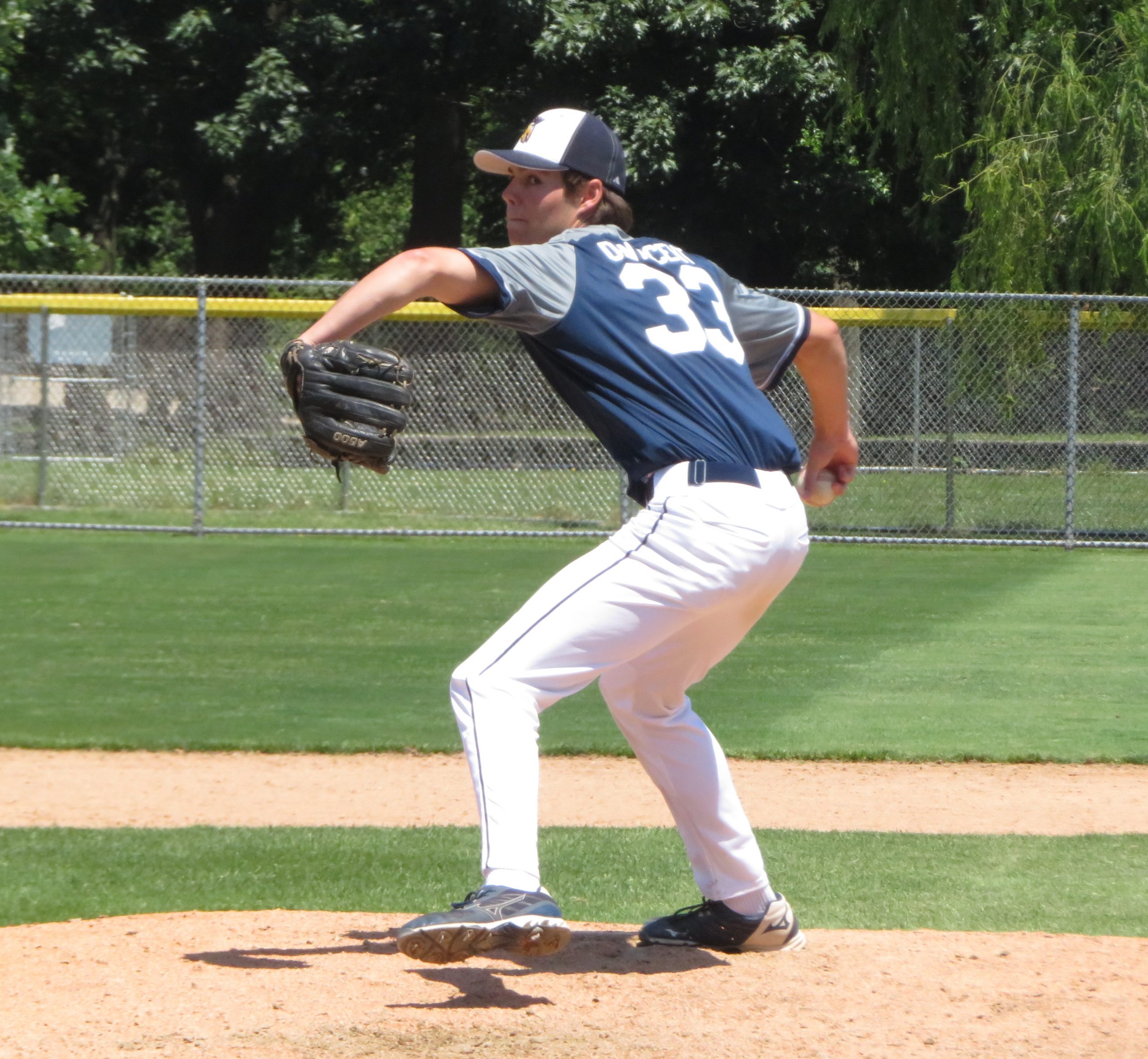 PHILADELPHIA >> Bux Mont’s 2021 Carpenter Cup run came to an end Friday morning with a 15-7 loss against Tri-Cape in the quarterfinals at Richie Ashburn Field in FDR Park.

Bux Mont surrendered three runs in each of the first three innings and never dug out of the 9-0 hole. Upper Dublin’s Tristan Cairnes started on the mound and allowed six runs on eight hits in two innings. Plymouth Whitemarsh’s Joe Rauscher pitched the next two frames, allowing three runs on six hits.

“(Tri-Cape) had some very legitimate hitters in their lineup and they really hit the ball well,” Bux Mont head coach Chris Manero said. “That’s part of the fun of the Carpenter Cup – every team you see is going to be very talented. Even if you have your best guys out there, somebody’s gotta be better. They put on a nice little hitting display in those first couple innings.”

Central Bucks South’s Owen Petrich put Bux Mont on the board with an RBI single in the third inning. His two-out base hit plated Hatboro-Horsham’s Will Bruner to make it 9-1.

After Tri-Cape got its lead back to nine, 10-1, in the top of the fifth, Bux Mont responded with a five-run bottom of the frame. North Penn’s Evin Sullivan and Quakertown’s Justin Butler had back-to-back RBI singles before Hatboro-Horsham’s Trey Porter ripped a three-run triple to make it 10-6.

The four-run difference stood through the sixth inning, but Tri-Cape added a run in the seventh and four in the eighth to take full control, 15-6.

Hatboro-Horsham’s Nick Katherine was hit by a pitch to lead off the bottom of the ninth. He moved to second on a single and advanced to third and scored on two wild pitches, scoring the final run of the game and making it 15-7.

Porter didn’t get his first at-bat until the bottom of the third inning when Bux Mont trailed 9-0. He flew out to right field in the third and reached on an error in the fourth.

When the Hatboro-Horsham sophomore stepped to the plate in the bottom of the fifth inning, it was a 10-3 game with the bases loaded and two outs. He drilled the ball to the left-center gap, clearing the bases and landing on third with a three-run triple.

“Right down the middle,” Porter said. “Just tried to swing and get it in the gap to score those runs.

“I was busting out of the gate. I was hoping for a double because I thought (the centerfielder) was going to cut it off, it looked like he got a good jump on the ball. Then I saw him throw it in and I thought I’m going to go three.”

After a strikeout to end the bottom of the fifth inning, Bux Mont made its lineup change and brought in the second team.

DeVincent entered the game in the top of the fifth inning when it was 9-1. He threw two no-hit innings, allowing one run on three walks while striking out three batters.

“I just wanted to go out there, throw strikes, have fun,” DeVincent said, “don’t do too much. I’m not trying to walk anyone, just get outs, throw strikes and have fun.

“My fastball was working. At first I was around the zone a little, then once I started to get in the groove I started to throw more strikes. My slider was working pretty well, threw a couple of those for strikes.”

After Bux Mont scored five in the bottom of the fifth to get within 10-6, DeVincent gave the team a chance by throwing a scoreless top of the sixth.

“It was important to get that (shutdown inning),” DeVincent said, “because after that the momentum for us was right back into hitting. Maybe it didn’t pay off the way we wanted it to, but just to get the guys back up, on their feet, cheering for everyone – it was good to see that.”

Junker came on in relief in the top of the ninth and retired both batters he faced.

Bux Mont hoped its Carpenter Cup journey would last longer. One more win would have sent them to the semifinals in Citizens Bank Park. Despite the earlier-than-expected exit, everyone enjoyed their opportunity to be a part of the historic tournament.

“It was great,” DeVincent said. “The fields were awesome. Getting to play with everyone that plays around us for school ball – it was just good to get out after the school season and play more baseball. It was a great experience.”

“This is always one of the great events of the year,” Manero said. “You’re always going to have a lot of talent. It’s a great chance for players to see how good the competition is out there, but it’s also just an awesome experience for them to play with other guys in their league, other guys that they see. I think one of the best things is that for some of the seniors it’s that last chance to represent their high school. Some of these guys – the offseason this year was not as traditional as usual. I think some of them started to get heated up as the high school season went on. In a way, this was like an extension of that, especially if they have some of their teammates with them. I always say for anyone who’s talented and wants to be around and play some good baseball for a couple weeks – this is an awesome opportunity.”