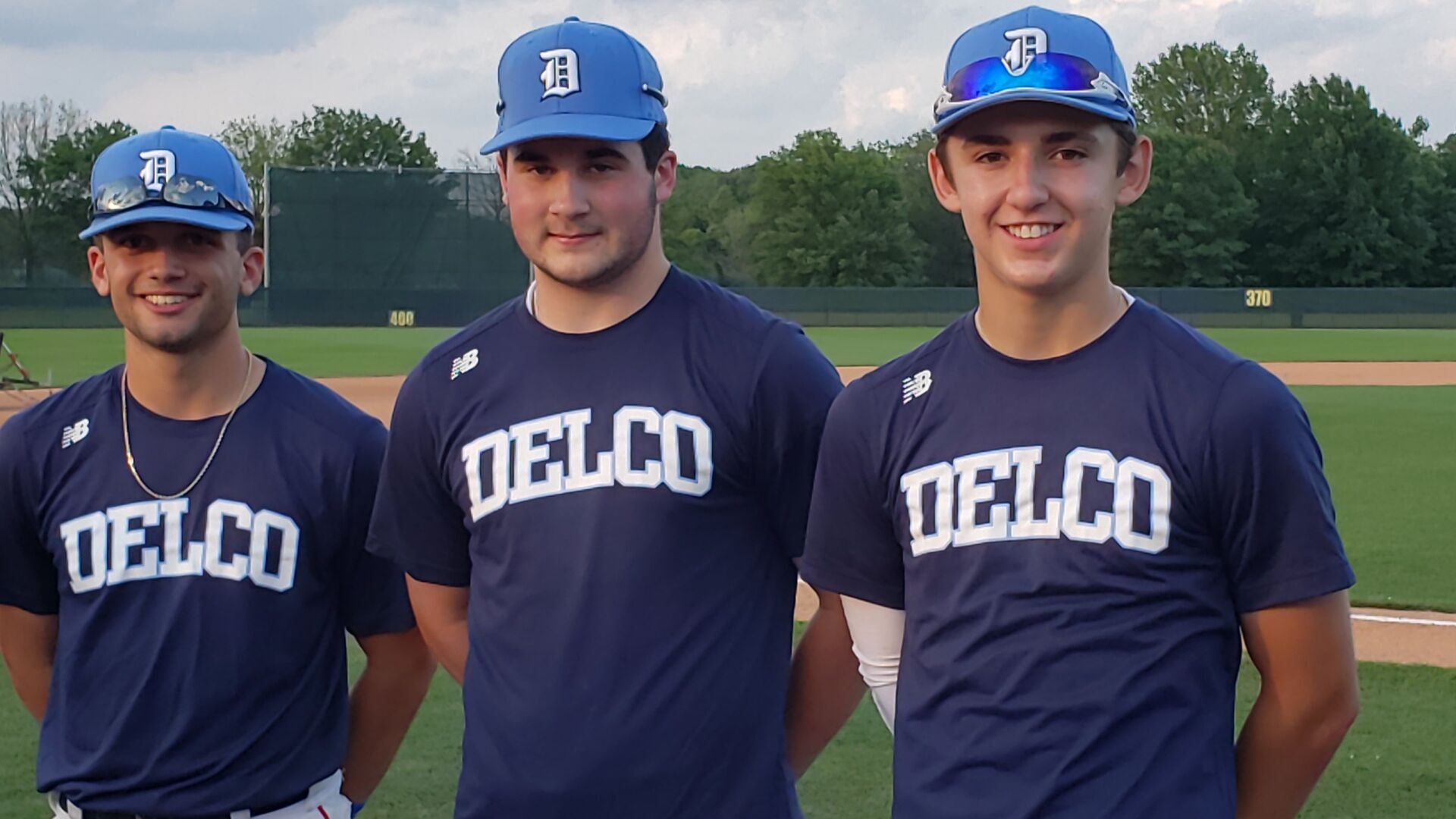 PHILADELPHIA – When the going gets tough, baseball players get going.

You could see it in the inspired play of Cody Grande and Jake Carlin Monday in the Carpenter Cup at FDR Park.

You could feel it in Team Delco’s dugout.

Playing for Delaware County, the contingent coached by the ageless Paul Bogosian, Grande and Carlin fed off of each other just as they did for Brian Francis, their coach at Springfield High this past season.

Grande went 1-for-2 with a walk and two runs scored. Carlin drove him in both times, rapping a single the second time around.

Delaware County lost the game, 8-4, to Delaware North. But collectively they honored their brother, and Cody’s brother A.J. Despite cancer treatments, A.J. insisted on stopping by the dugout, albeit briefly to say hello to Cody and his baseball band of brothers.

Team Delco never will know how much its “1, 2, 3 A.J. Grande” tribute at the end of the game meant to Cody.

“He battles hard every day,” Cody said. “He has good days and bad days. But in the end, they’re all good days. I know he would want to be here playing third base today. When he beats this, he’ll be back out there playing in college.”

Cody Grande wears older brother A.J.’s No. 11 as a salute to his sibling who is undergoing cancer treatments. At left are Jake Carlin (2) and Zack Tropiano, teammates of Grande at Springfield. At right is Gavin Severa (6) of Ridley.

A junior, Cody Grande is grateful to be part of a baseball program teaming with brothers. In addition to the Grandes, there are Matt and Reese Beans, Matt and Mike Grapin and John and Sean Williams. Almost every Cougars baller has a big brother or a little brother. Typically, Francis bats the brothers back-to-back. That bond has strengthened through the illness of A.J.

“They’re great kids, A.J. and Cody,” Francis said. “They’re great players but more importantly, great kids. Our school has been great as far as supporting family. A.J. comes and goes to little events, he has that right attitude and spirit and that’s what he needs. He’s getting out of bed and he’s coming to things he loves. And it’s really good for him and Cody.”

Carlin, who plays shortstop, is one of the few Cougars who doesn’t have a sibling on the baseball team. But in Cody Grande, he has a brother like no other. Best friends. Unconditional friendship. Maturity far beyond their teenage years.

“I tell Cody if he needs anything I’m definitely there for him,” Carlin said. “I try to talk to him or listen if I can. Whatever he needs, I’m there. We hang out. We’ll play bounce-pitch at softball fields or St. Matt’s. We have spots to go. We were at the (boys) district championship game. As a team at Springfield, we all came together this year. We all came together and helped (the Grandes) out. The community in Springfield, everyone is doing as much as we can.”

Team Delco could have done a little more with its opportunities Monday after grabbing a 2-0 lead in its first at bat. But the extra out they gave up in the second inning led to three of the five runs Delaware North put on the board to take the lead for good.

“We got off to a good start and then we got hit around a little too much,” said Bogosian, who recently stepped down after 34 years coaching Haverford High. “We had chances but so did they. Eight-four is not what we wanted but what are you going to do? They battled. There are a lot of great kids here. And we’re all pulling for A.J.”

Truth be told, Cody Grande would have been OK going hitless Monday after saluting his older brother upon his arrival. It was a gesture only a brother could fully appreciate in this situation, for Cody wore No. 11, which A.J. embraced after receiving inspirational correspondence to get well from former Phillies shortstop Jimmy Rollins, who also wore 11.

It was a moment the Grandes will have forever.

“We were picking numbers and I’m usually 12 or something,” Cody Grande said. “I just felt I should go with 11 and do it for him. His favorite player is Jimmy Rollins. I was thinking, why don’t I do it this time?”

When times are tough, ballplayers get going. And nobody fights harder with all the resources around them than the Grandes.

(If you’d like to be part of the fight for the Grandes, go to www.mealtrain.com/trains/62910d/donate).