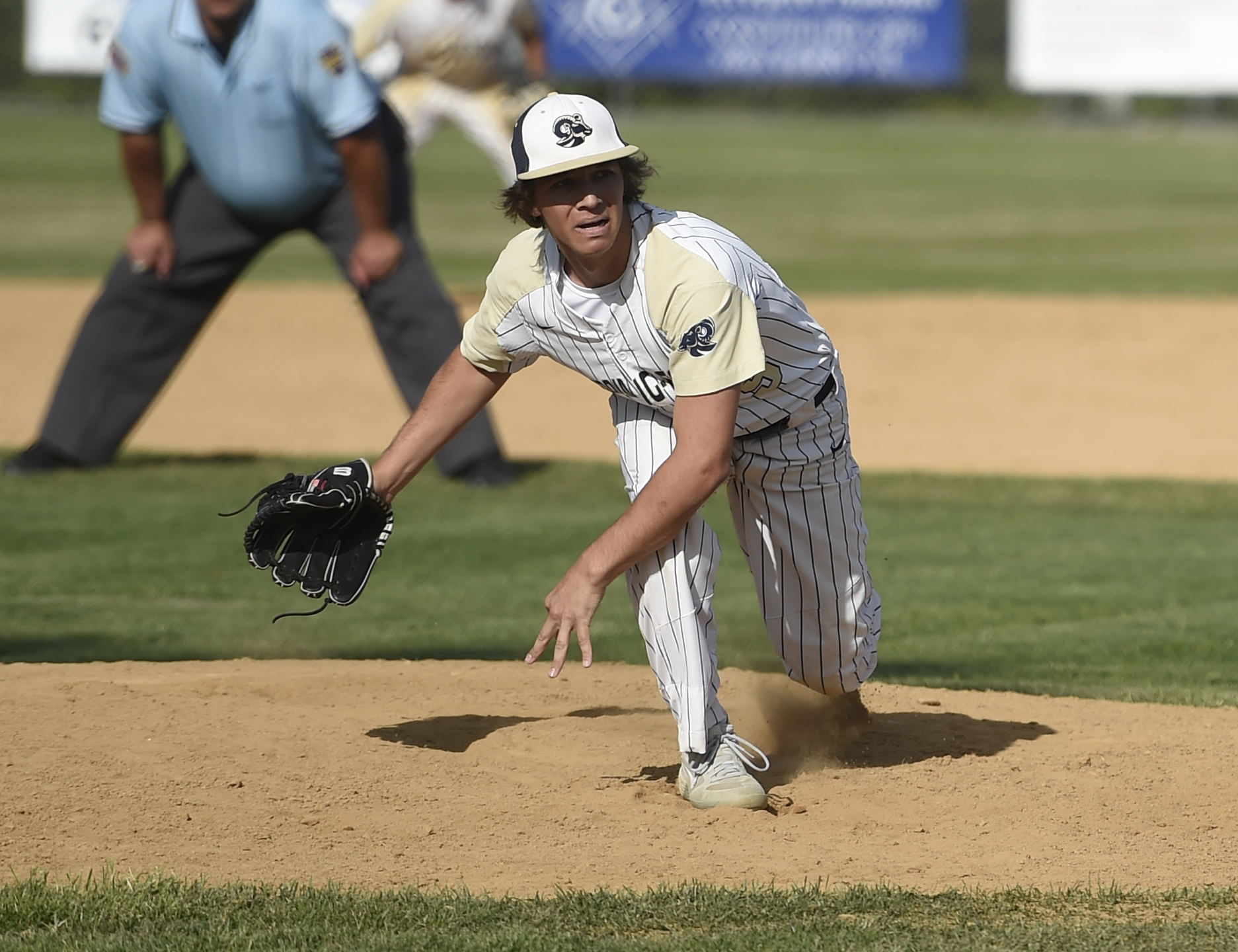 WINGATE >> It was definitely worth the trip.

Spring-Ford’s baseball team found itself facing a three-hour bus ride on the latest stop in its 2021 postseason Thursday. The Rams headed to Bald Eagle Area to play Hempfield in the quarterfinal round of the PIAA Class 6A playoffs.

The Rams showed no downside from the road trip by rolling over the Spartans, 10-1. A seven-run second inning at-bat set the tone for the victory, qualifying the District 1 fifth seeds for semifinal-round play Monday, their first trip to the state semis since 2014.

The seven-run outburst broke a deadlock and gave the Rams an 8-1 lead. They added another run in the third, then went up 10-1 in the fifth.

Spring-Ford scored on a groundout by Jake Books in the first inning. A single by Billy Bean, a walk to Cole Casamento, a Hempfield defensive error, Jarrett Gordon being hit by a pitch, a Books groundout and Aydan McNelly’s two-run double fueled the second-inning outburst.

“We got guys on base and generated offense,” Harrison said. “A big double, good bunts and we ran the bases. We did the things we emphasize, and the little things.”

“It was whole team momentum,” said Griffin Straface, who went 2-for-3 and scored three times. “We were well-prepped going in. We hit the ball good.”

Luke Czachor got the mound start for Spring-Ford. He went six innings, allowing three hits and one run while striking out 11 and walking one, with Nick Ashley closing out the game for the Rams.

“Luke generally comes on in relief,” Harrison said, “but he wanted the start today. He was locating his fast ball and spotting his curve when needed. He was efficient in shutting them (Spartans) down, which helped.”

Czachor found the itinerary — a lunch stop, a side trip to Lock Haven for batting practice — worked quite well for Spring-Ford’s game prep.

Griffin Straface, who went 2-for-3 on the day, emphasized the overall significance of Czachor’s performance on the Rams’ overall success.

Spring-Ford racked up 11 hits on the day. McNelly, Straface, Nick Cagliola and Bean all managed multiple hits while the Rams played error-free in the field.

“Our goal is to be state champs,” Straface said. “We’re hungry.”