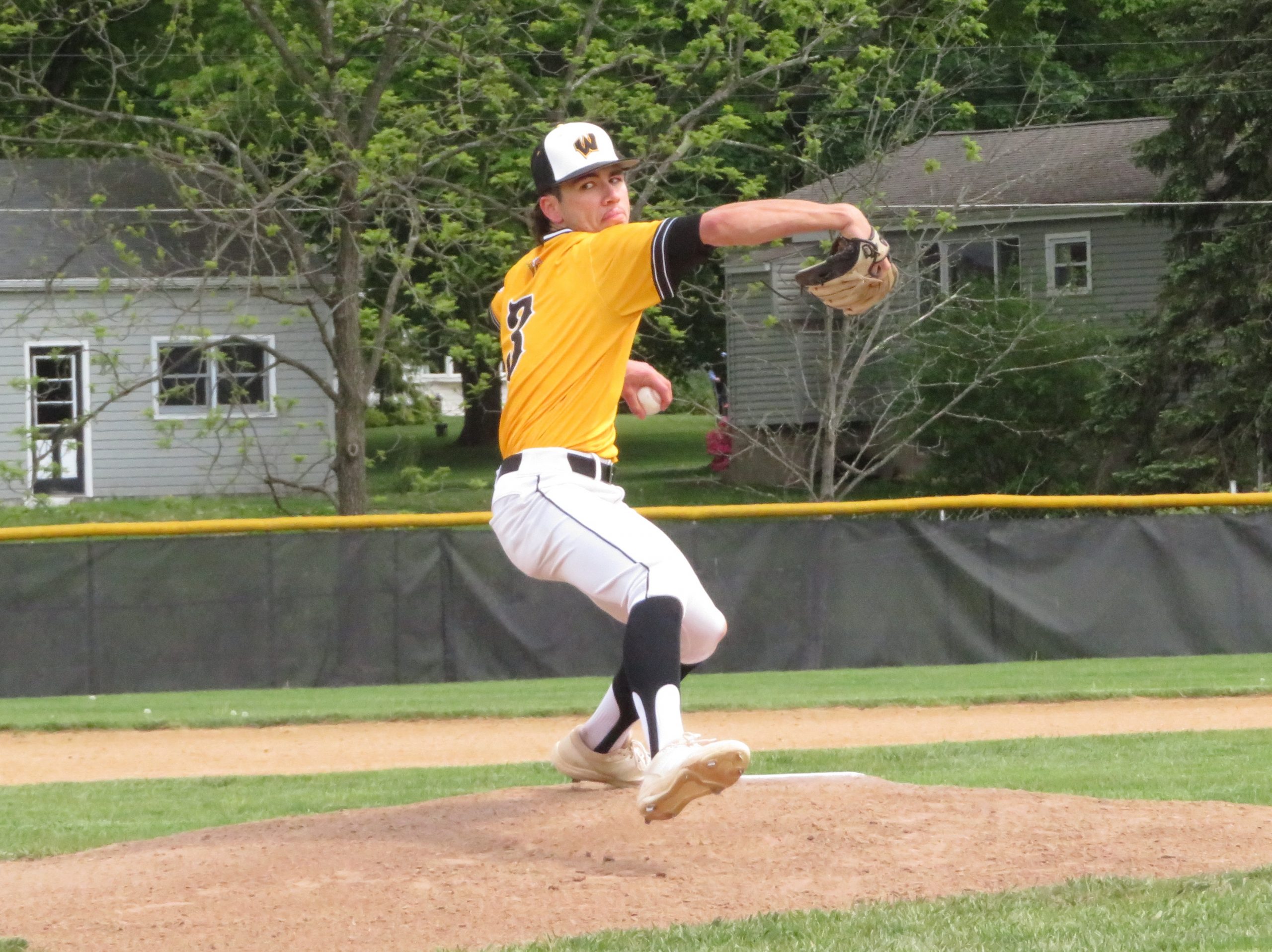 SPRINGFIELD (Montco) >> Oxford’s first trip to the PIAA baseball playoffs in more than a decade will, unfortunately for the Hornets, but a brief one.

Monday afternoon at a sweltering Ward Field at La Salle College High School, Oxford’s first appearance in the PIAA playoffs since 2007 ended in the first round, as Archbishop Wood was carried by a tremendous six-and-two-third inning pitching performance by senior Ryan Albin in a 4-0 first round victory.

“That is the thing about baseball,” said Oxford coach Tim Rector. “Sometimes you get the hit when you need it and sometimes you can’t get that hit. We have not been able top get that hit the last two games and it cost us today.”

The District 12 champion Vikings (19-3) jumped out to a 1-0 lead on Oxford (15-6) when Joey Gale smoked a leadoff double in the bottom of the second inning and scored on a wild pitch by Oxford starter Ryan Dewees. The Archbishop Wood run came a half inning after Oxford stranded two men on base against the cagey Albin.

The Vikings had a rally going in the bottom of the fourth inning against Dewees, who walked the first two batters. Rector then took Dewees out of the game in favor of Owen Rector, who inherited trouble and got out of a bases loaded jam to keep the game at 1-0.

“The heat got to Ryan today,” Rector said. “We had an hour and a half bus ride to a neutral field and then the first game here went late and we knew the heat would be an issue so we went to Owen.”

Archbishop Wood cracked through against Recor in the bottom of the fifth inning. After Aidan Myers grounded out for the first out, Mike Trommer jumped on a Rector fastball and drove it deep over the center field wall for a 2-0 Archbishop Wood advantage.

“That home run by Mike was huge,” Albin said. “Today I was able to get ahead of the hitters with my fastball, which set up my breaking stuff. Both of us were dueling out there so it was nice to see Mike’s hit go over the wall. I was fortunate to get ahead because it sets up the next three or four pitches for me.”

The Vikings put together another rally in the bottom of the sixth inning when Andrew Neeld led off with a single. Sean Slowinski walked to put two men on base with no one out. Sean Carroll popped up a bunt to Rector, but when Rector attempted to double off the runner at second, the ball went into center field and Wood had men on second and third with one out. Cole Duhaime laid down perfect bunt, which scored the third Vikings run, and then Albin drove in the last Wood run with a hard ground ball to make it 4-0 after six.

Oxford did not go easily however. The Hornets put two men on base with one out against Albin. But, on his 108th pitch, Albin struck out Tim Haftl with a high fastball for the second out. In came Connor Woodson, who ended the Hornets’ season by striking out Connor Reilly, and it was Wood moving on.

“Ryan Albin has been our ace all season,” said Wood coach Jim DiGuiseppe Jr.. “No matter what the situation, he remains calm and he is like a bulldog the way he bears down out there. And today he did it against a very exceptional hitting team in Oxford. They can really swing it and the coaches and kids should be proud of their season.”

For the Hornets, the loss was tough, but Rector focused on all that the young team accomplished this season.

“We only had two guys with varsity experience this season coming in,” Rector said. “Our first game was something like 16-11 against Sun Valley and we walked like nine guys. This team learned to play winning baseball throughout the season and they have a lot to be proud of.”