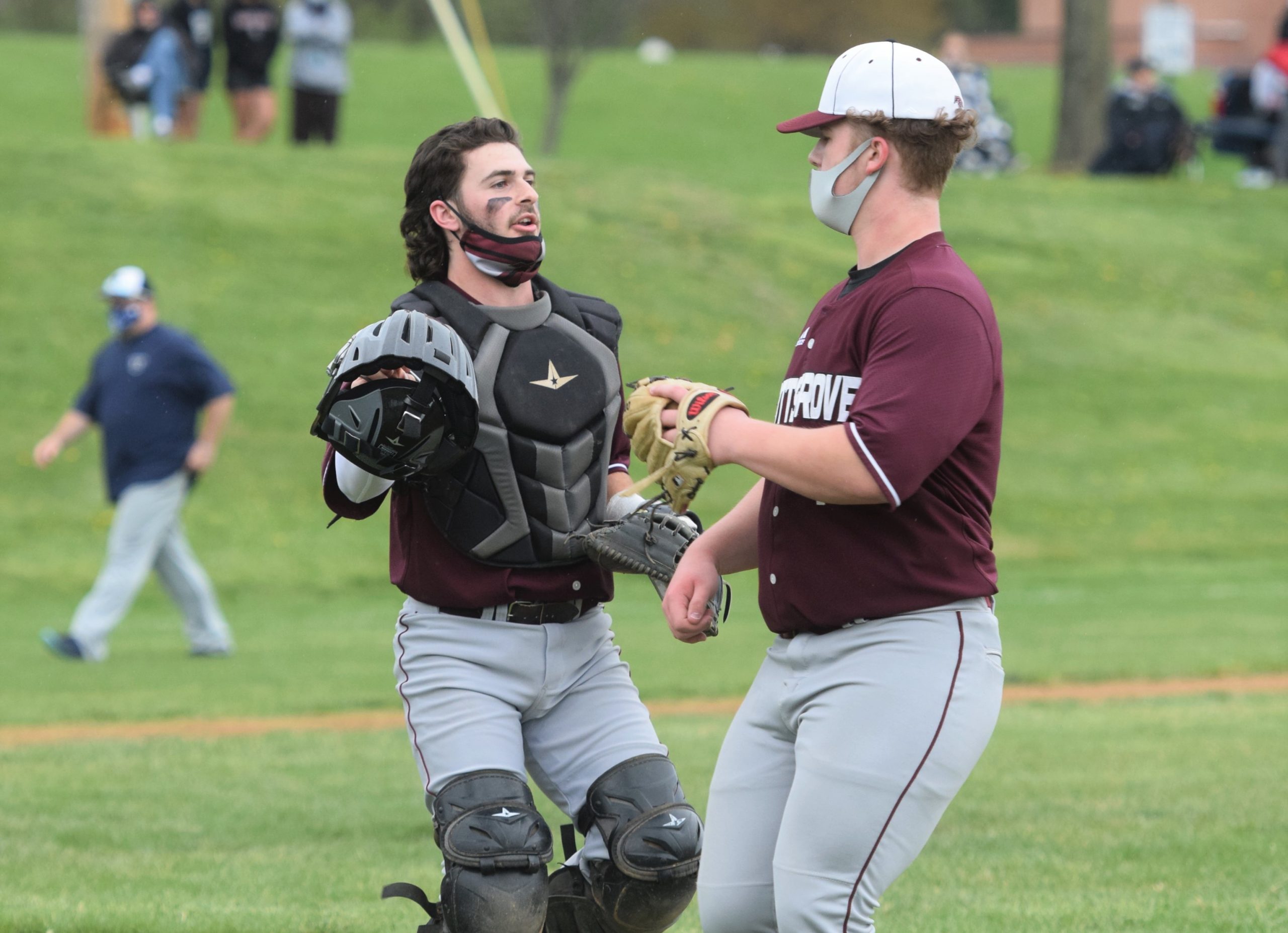 LOWER POTTSGROVE >> It had the best of all worlds Wednesday.

Pottsgrove had it all over Pottstown in their neighborhood diamond clash: An offense that scored at will, a pitcher (Ryan Van Bramer) that did his part to make the massive run total look even bigger and even a defense that played solid behind its hurler.

It all added up to a 15-2 victory in 4-1/2 innings … one capable of giving head coach Jamie Nash a high level of optimism alongside the 2-1 record his youngish roster has compiled to date in its return to action from the 2020 COVID-19 season shutdown.

“The best part is, now every time we come out on the field, we’re looking forward to every single day,” he said.

The Falcons’ anticipation every time they came to bat was validated by the 16-hit attack that had six players collect multiple hits, and four drive in multiple runs. They were particularly hot in a third inning that came close to being a double bataround, 17 players coming up to plate 11 runs on top of the two they got in the early going.

Pottsgrove’s Avery Spencer, who was 3-for-4, hits an RBI single in the fourth inning. (Austin Hertzog – MNG)

Avery Spencer was a big contributor to that outburst, hitting a double and single and scoring both times. The Pottsgrove senior, serving as designated hitter, finished the day 3-for-4 with two doubles, two RBI and three runs scored.

“We’ve had only three games so far,” he said, “but we’re back into it. We want to move forward and keep swinging.

“Hitting is contagious, especially in high school, where there’s a lot of energy going.”

Pottstown (0-3) was held to one hit, a Kevin Zvodar single, through the first 3-1/3 innings. It bunched a Mason Miller single, Dylan Murphy double, Caleb Quiles’ groundout to third and Zvodar’s second single into a pair of fourth-inning runs, but a walk to Enam Robinson with two away in the fifth was the only other baserunner it managed at the end.

“We’re very excited,” head coach Chris Petro said about the Trojans’ return to action, “but we’re very young. We have 10 sophomores and only four seniors. In our two games so far, we’ve battled. We have slow starts where we get behind, but there’s no quit in these kids.”

Along with Spencer, Steven Rinda went 3-for-4 for Pottsgrove. Gardner-Sizer and Nick Freese each went 2-for-3, with John Ryan McMenamin and Cooper Fiore both 2-for-4.

Van Bramer scattered three hits and one walk over his five-inning stint, with six strikeouts to his credit. And the Falcon defense had just two errors to the Trojans’ five.

“I can’t say enough about Ryan,” Nash said. “We saw him in a couple scrimmages his freshman year. His fastball, which he mixed with his curve, was hitting his spots.”

Pottstown, in the meantime, is focused on getting varsity experience for its younger players. To date, Petro has been impressed with the work ethic his players have displayed in spite of their record. Pottsgrove catcher Cooper Fiore, ground, asks for time after hitting a triple in the fourth inning, ahead of the tag of Pottstown third baseman Kevin Zvodar. (Austin Hertzog – MNG)

NOTES >> The newest amenities to the Pottsgrove ballpark — covered bench areas, aluminum bench seats for spectators along the third-base line — were on display for those who attended the game. “It gives more of a feel as a ballpark,” Nash said. … Spencer feels considerable joy about being back playing baseball after the 2020 shutdown. “Last year, having no sports in general hurt a lot of people,” he said. … Even with the extended third-inning at-bat, the game was completed in a brisk 91 minutes.