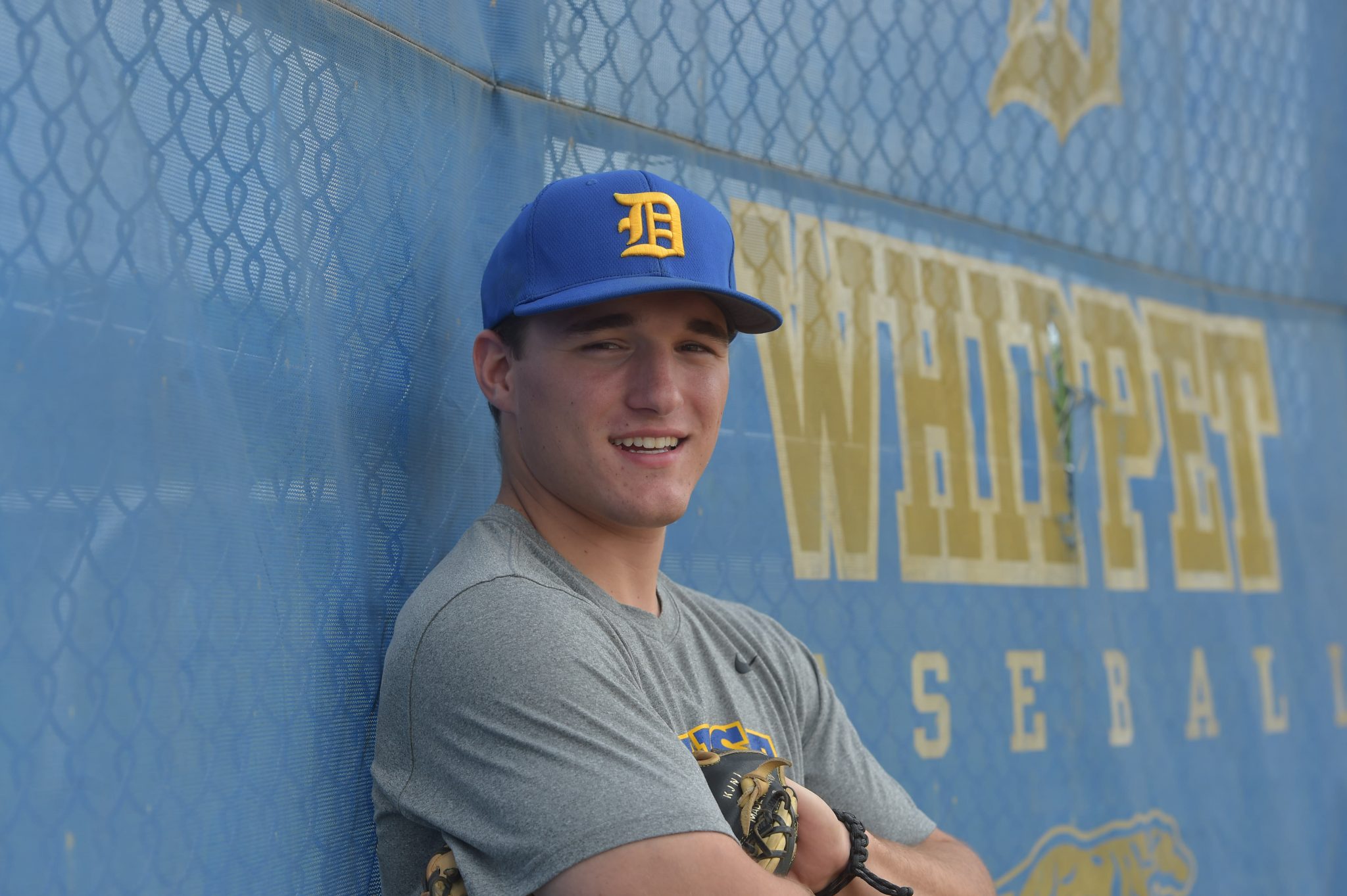 DOWNINGTOWN >> Baseball is game where players are judged by their numbers.

But there is also that intangible that the truly special ones have. You know it when you see it, but it is hard to explain. A confidence that combines talent, love of the game and leadership.

During the 2018 regular season, no one in the Ches-Mont League had better numbers — or such special intangibles — than Downingtown West junior catcher Eric Grintz.

The Whippets’ catcher hit .411 with 23 hits, six home runs, 24 RBI and a .759 slugging percentage. Grintz led Downingtown West to its fourth straight Ches-Mont National Division title and a first round date in the PIAA Class 6A playoffs.

He also did what not many high school catchers get to do, and that is call the pitches for his team.

That combination was more than enough to make Eric Grintz the Daily Local News All-Area Baseball Player of the Year.

“I usually get a feel of what the pitcher is throwing well before the game down in the bullpen,” Grintz said. “You get an idea of how he is feeling and just go from there. And to win the Ches-Mont again was a big thrill and I think it is a testament to the work ethic and the talent the team had. We had a good group of players that was not afraid to work hard to get where we wanted to go.”

The University of North Carolina recruit drew praise from his coaching staff and other Ches-Mont League coaches. Steve Fitch of West Chester Henderson was caught by Grintz’s brilliance.

“He makes that team go,” Fitch said. “He does it at the plate and behind the plate throwing out runners and handling their pitching staff. You can tell he is a Division I player the way he handles himself on the field.”

Grintz’s own coaches, Dave Oleszek and Scott Rambo, also heaped praise on the Whippets’ star for his contribution to the West program.

“For the last two years Eric has been the leading hitter on the team,” Oleszek said. “As a ninth and 10th grader he played third base and moved to catcher this season. Not only does he hit for average, he adds power to our lineup. He forces coaches and pitchers to pitch around him in certain situations. He is a problem for any opposing coach offensively and defensively. His ability to shut down the opponents’ running game was a great asset for us.”

Grintz was also praised by his pitching coach Rambo, who allowed the junior to call the pitches for his team, something not often done in the high school ranks.

“Eric is an exceptional talent,” Rambo said. “It is well known what kind of offensive ability he has and because of that his defense can sometimes be overlooked. His ability to shut down the running game to the point where teams rarely even attempted to steal bases was a major asset to our team. I also feel very confident turning the pitch-calling duties over to Eric this year, and he was a big reason why our pitching staff was the best in the area.”

Grintz was a pure combination of power, average and had a cannon for a throwing arm. He is the total package who stepped up for the Whippets at the most crucial times. Grintz’s three-run homer against Boyertown propelled the Whippets to the PIAA Class 6A playoffs.

There were many very good players in Chester County this season, but none brought more to the diamond than Eric Grintz.