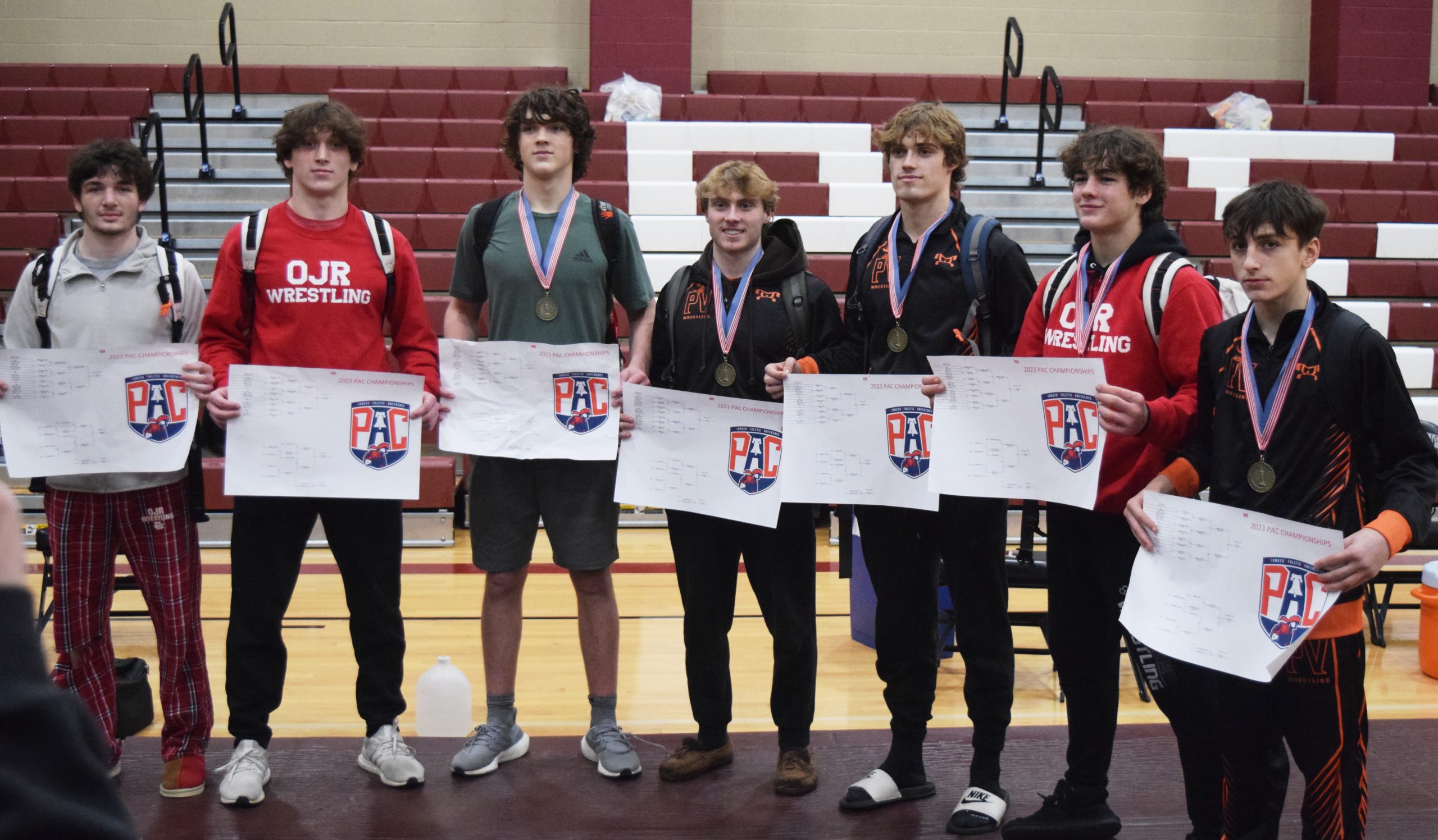 The Pioneer Athletic Conference held its individual wrestling tournament last weekend. It appears to have been misnamed though.

What broke out last Saturday at Pottsgrove was more a pairs competition than anything individual.

To say it another way, the league’s top wrestlers hunted in packs at PACs.

Four sets of practice partners stood atop the podium on Saturday with Boyertown kicking off the pair parade with Luke Heimbach and Gavin Sheridan, followed by Mason Karkoska and Sam Gautreau of Owen J. Roberts, which led into the sibling combos of Perkiomen Valley’s Gavin and Carsoe Pascoe and OJR’s Dean and Dillon Bechtold.

Count it up and those partnerships counted for eight of 13 championships.

‘Iron sharpens iron’ is as big a sports cliche as you’ll find. But that doesn’t make it wrong.

The Wildcats fell short of Spring-Ford in the team standings, but enjoyed five individual champions with senior Karkoska (139), junior Gautreau (152) and senior Skylur Davidheiser (145) holding down the middle weights while freshman Dean Bechtold and junior brother Dillon owning the 189 and 215 brackets.

“It’s been good, always a good environment especially around my weight and obviously the Bechtolds,” said Karkoska. “Everyone is trying to push each other to be better.”

Karkoska (21-8) and Gautreau (27-5) have collectively taken a step forward this winter – Karkoska’s health has been key while Gautreau’s elevated commitment to the sport is showing – and it begins in practice.

No one has had a January quite like Dillon Bechtold.

He was the PAC’s highest state finisher last year when he took fifth at 172 pounds in a 37-9 season. Yet the Bucknell commit has still managed to be a revelation this year. He began the season at 189 pounds but made the bold bump to 215 pounds beginning at Council Rock North’s Rock Yard Duals on Jan. 7.

Since then he is 14-0 with 11 pins, and acquired an Escape the Rock championship belt and PAC winner’s medal.

“It’s been a good couple weeks,” said Bechtold. “I think my style of wrestling, I like to create a lot of angles and I’m really fast especially against the bigger guys. I don’t think there’s a lot of 215s in the country that can keep up with my speed and my technique. That’s why I moved up. I felt like it was a better fit for me and it’s paying off.”

Freshman brother Dean (26-8) is headed for similar success if his rookie campaign is any indication.

“He’s gonna be a beast,” Dillon said about Dean. “He’s been practicing with me, Tucker Hogan (Daniel Boone standout and 2022 Mercury Wrestler of the Year), other really good guys in the area. He’s been getting his butt kicked but he’s going to be really good for sure.”

The Bechtold brother battles in the practice room are practically worth admission, says Karkoska.

“You should see it in the room! They’re scrapping almost every day,” he said.

Perk Valley’s Pascoe brothers know the way of siblings pushing each other, too. They went back-to-back in the finals, Gavin winning PACs at 160 pounds, followed by Carson, a linebacker in football who was Mercury All-Area Player of the Year, taking it at 172 pounds.

They weren’t alone in knowing success is great, but it’s even better together.

“There’s nothing better,” said Carson Pascoe. “We put in a lot of hard work and wanted to come out on top. And that’s what we did.”

The field for the 16-team District 1 Class 3A Duals were released Sunday. The first round is set for Jan. 26 with matches held at the higher seed. The quarterfinals through championship will be staged Feb. 4 at Upper Dublin.

On Thursday (7 p.m.), Upper Perk visits No. 1 Council Rock South; No. 8 OJR hosts No. 9 West Chester Henderson; Boyertown takes on No. 12 Downingtown West, No. 13 Conestoga heads to Spring-Ford and Perk Valley travels to No. 7 Kennett.

Four teams qualify for the PIAA team championships from District 1. The finalists get automatic entry to Hershey while the third- and fourth-place finishers must wrestle a preliminary round match Monday, Feb. 6 to gain entry.

Team duals take the focus this weekend for the Mercury area’s other wrestling programs.

Hill School is off to the PAISAA Duals this weekend at Mercersburg Academy. Hill last year was runner-up to prep powerhouse Malvern Prep, which will again be favored for its fourth straight team championship.

Hill’s leaders include Hunter Sloan and Colby Isabelle, who were champions at the Bissell ‘33 Hill Tournament on Jan. 7, as well as Kade Davidheiser, Robert Pavlek, Cole Albert and Williams Antippas, all third place at the Bissell tourney.