Great Valley shuts down Interboro in 4th to stage comeback 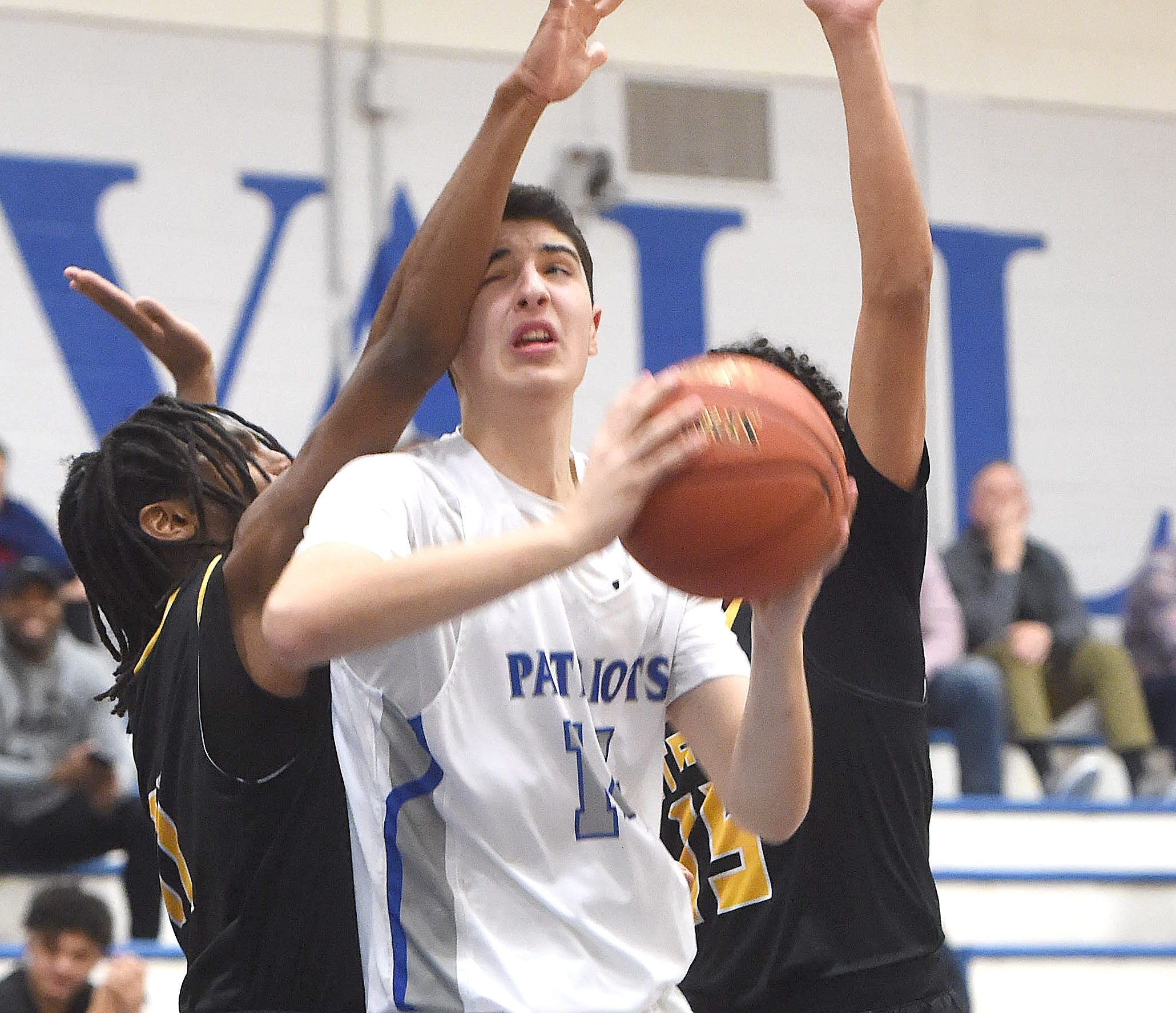 The host Patriots held winless Interboro scoreless in the final eight minutes to impressively close out a 45-34 non-league triumph. But through three quarters, the Bucs actually had the lead.

“The first three quarters we started off slow, but in the fourth we started playing as a team, and we got it done,” said forward Jack Woodard, who played a major role in the finishing kick.

“It was (Great Valley’s) quarter,” added Interboro head coach Conrad Kirkaldy. “We took a lot of jump shots when we could have gotten to the rim for some layups or to the foul line. We are young and immature, and just couldn’t finish it. But they will get it.”

Now 9-9 overall, Great Valley currently sits at No. 33 in the District 1 6A Power Rankings. The Pats will need to jump up into the top-24 to make the district field, and they have four regular season contests to go.

“We have a big game on Thursday against a very good Unionville team,” said Great Valley head coach C.J. Savage. “The first time we saw them it was close for the majority of the game. We just need to be consistent and build off the momentum from today.”

Things, however, did not look promising heading into the final period as the Bucs (0-16 overall) held a 34-33 lead. That’s when Woodard took over and scored 10 consecutive points in a frenzied 2 minute, 11 second stretch. The 6-foot-5 junior put the Patriots ahead for good with a 3-pointer with 6:20 to go. He then scored inside, made a couple free throws, and capped it with another 3-ball.

“We just left (Woodard) alone, he hit a couple big 3’s and (Great Valley) got the momentum from that,” Kirkaldy said.

“Once you make one, you want to keep it going and keep making shots,” Woodard added. “I don’t know if I’ve ever scored 10 in a row.”

Teammate Aaron Levine added another bucket as Great Valley finished the contest with a 12-0 run.

“Jack hit a couple big 3’s to give us the lead,” Savage said. “Defensively, we stopped what (Interboro) was trying to do, which was dribble penetration. Our guys were in better position. We got some stops and then we hit some shots.”

The Pats opened the game on a hot streak, hitting five of their first six shots. But they quickly cooled, and then starting center Jaxson Ray went down with a right ankle injury. He did not play again and came out in a walking boot for the second half.

“When he went down, it was like ‘here we go again,’” said Savage. “With so many guys out with injuries or sickness, we haven’t been able to build much momentum.”

Woodard led all scorers with 17, and Levine came off the bench to chip in eight. Jayden Diawara paced the Bucs with 11 and fellow forward Josh Lloyd added nine.

“This is the second game where we’ve played well – the first was against Chester,” Kirkaldy said. “We’ll take what we can from this game and get better.

“We have to have a short memory and get ready for (Chichester on Tuesday). (The first win) is going to come and it is going to be soon.”

It actually wasn’t the first time this season that Great Valley held an opponent scoreless in a quarter, but it was the first time it sparked a come-from-behind win.

“That’s pretty impressive, but we need to be able to do it the whole game,” Woodard said.

“The end goal is to get into districts. We started off the season strong on defense and we have to get back to that.”