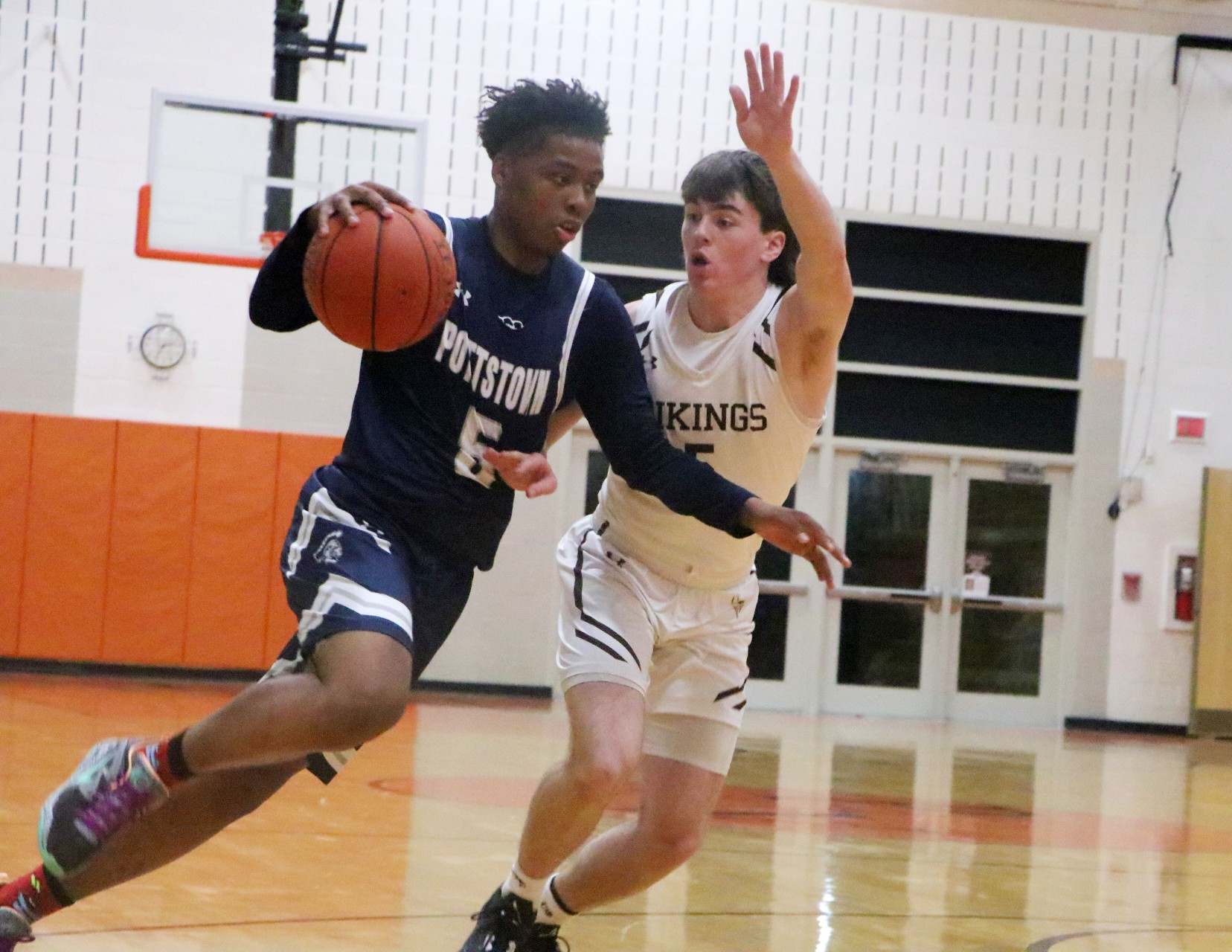 In his second year at the helm of the Pottstown boys basketball team, Ken Ivory is happy with the turnaround, but still sees plenty of room for improvement.

A 6-16 overall record with just three Frontier wins in the Pioneer Athletic Conference last season marked a setback from the year prior. But so far through 2022-23, the Trojans have been pounding the drum.

With a 10-6 record and four Frontier wins, Pottstown sits in second place of the small-school division a game behind Upper Merion (8-8, 4-2) and is ranked No. 7 in the District 1 Class 5A field.

“I’m really trying to restore the luster and pride in the community and in Pottstown basketball,” Ivory said. “It’s great history here and we just want to bring a little bit of it back. A little pride in our kids as far as understanding they can do something special.”

That history noted by Ivory was rich in PAC championships with eight straight through the 1987-88 season to 1994-95.

What’s been working for Pottstown this winter? A high-flying offense, of course.

It starts with junior guard Sadeeq Jackson, who’s averaging 16.1 ppg — fourth-most in the PAC. It continues with a tandem of athletic upperclassmen guards in Ty Elliot-Moore (15.2 ppg) and Abdul Jackson (14.8 ppg). Throw in a dominant presence on the offensive boards by big men Terryece Phillips and Elijah Palmore, and you’ve got a recipe for a conference-high offense scoring 63.6 ppg.

But the other side of the coin — just as much scoring on the other end of the floor. The Trojans are allowing 59.7 ppg against it, also the most in the PAC.

“We can play offense, we can score the ball. The other night we scored 70,” Ivory said, noting an overtime loss to Upper Merion on Jan. 17. “You’re not supposed to lose if you score 70 in high school basketball. That was our focal point and we gave up 80.”

Pottstown played a second straight overtime two days later on the road at Perkiomen Valley, another loss in conference crossover action. Both Vikings teams alike were all over loose balls and limited the Trojans’ defensive rebounding.

And while there may be chinks in the armor on that end, Pottstown’s offense still presents a massive ability to hang with any team in the PAC. All four of the Trojans’ losses within the conference have been by single-digits.

Feeding its bigs more to complement the guards on the offensive end is another step Pottstown is looking to take to close those narrow gaps in the future.

“If we can build on that piece, we can be very dangerous. We’ll be real dangerous to beat if we can continue to get that ball down low a little bit and score on the inside with Terryece and Elijah,” Ivory said. “We’ll be good, we’ll be all right.”

Pottstown hasn’t reached the PAC championship since it won the title game over Spring-Ford in 2007-08. With Pottsgrove, Pope John Paul II, Phoenixville and Upper Perkiomen on deck to close out the Trojans’ regular season, the divisional race is still in reach despite a pair of losses to Upper Merion.

There’s still plenty of growing room, but the buzz around this year’s Trojans has been heard by more than just those around the league.

“People are starting to follow them. People are coming out to see us,” Ivory said. “They know we have ability, so I think we’re on the right track. The kids are believing in it and I’m just happy to be here, man.”

Pope John Paul II (7-9, 3-2) has dropped four of its last five games and slipped from the top sport in District 1-4A, but the Golden Panthers have a chance to climb up to third place with a win against Phoenixville on the road Tuesday.

Ranked No. 17 in District 1-5A, Pottsgrove (5-12, 2-3) is on the outside looking in with four Frontier games left, two against first-place Upper Merion and second-place Pottstown.

Methacton (No. 7) and Perkiomen Valley (No. 8) have also bumped up within the top 10 of the District 1-6A field. Both teams are 12-6 overall and are in third and fifth place of the Liberty respectively.

While Norristown (9-8, 4-2) is outside of the top 10 at No. 14 in District 1-6A, the Eagles have hit their stride and are in second place in the Liberty with games against both Methacton and Perkiomen Valley Tuesday and Thursday.

Boyertown’s efforts have been led by Jake Kapp, who’s second in the PAC in scoring at 19.1 ppg. The Bears (12-5, 2-4) are ranked No. 16 in District 1-6A with Perkiomen Valley and Spring-Ford in its gym Tuesday and Thursday.

Luke Fryer and Tyler Rossi have been a sensational one-two punch for Owen J. Roberts (6-12, 1-5), but the Wildcats remain in last place of the Liberty.