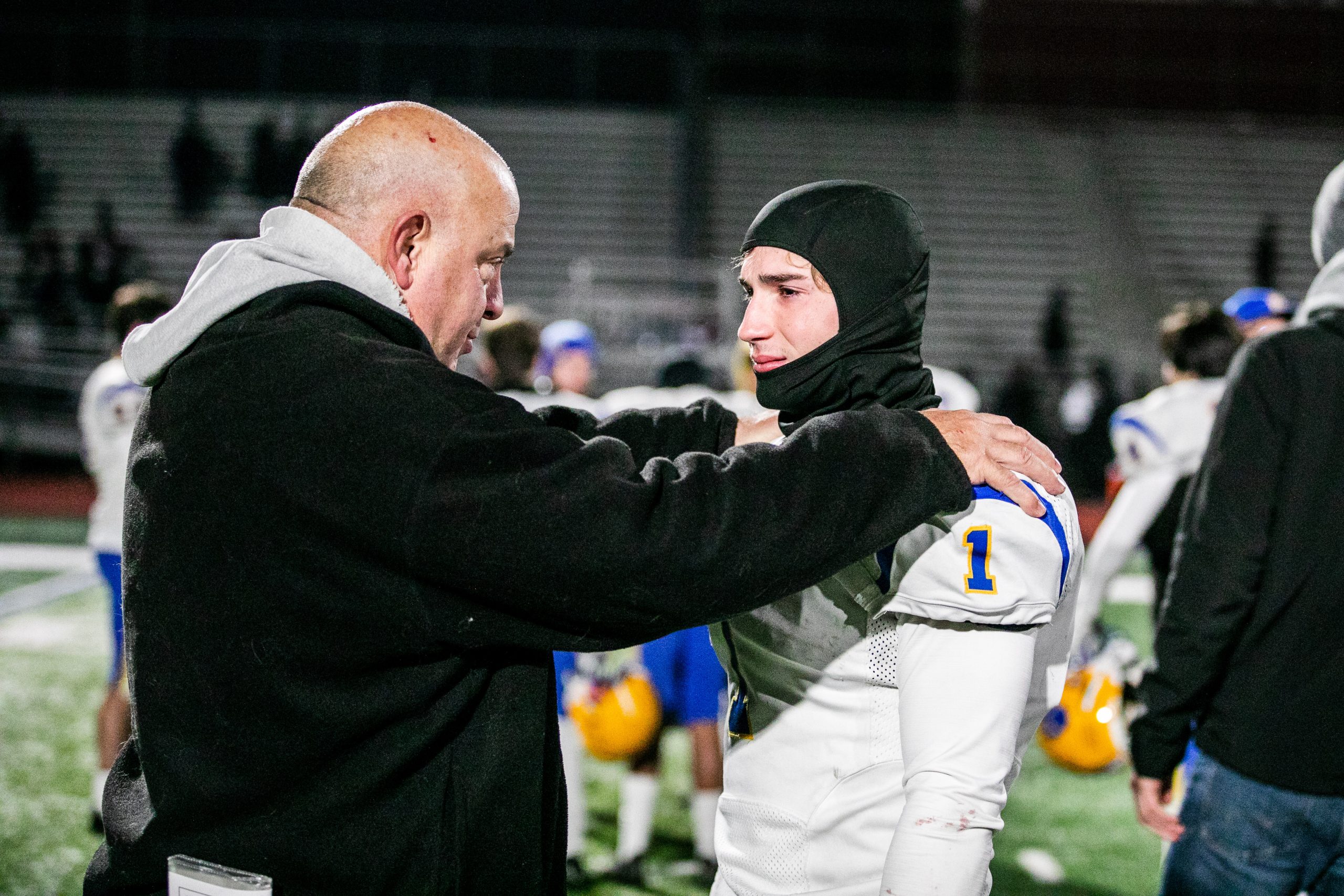 A coach is someone who leads a group of athletes and if he or she is one of the top coaches, their respective teams start to pick up the traits of their leader. This 2022 scholastic football season saw the Downingtown East Cougars post a 9-4 record and advance to the District 1 6A semifinals. The Cougars got to the Final Four by avenging losses to their two top rivals, Coatesville and Downingtown West.

Downingtown East was and no nonsense, tough, resilient team that did not pound their chests and proclaim how goo they were. they were hard working and let their play on the field speak for them.

The Cougars picked up these selfless traits from the head coach Michael Matta, who works harder than almost every other District 1 head coach and it showed in his 2022 Cougars. It is the Reason Michael Matta is The Daily Local News Football Coach of The Year.

“This was a really great group of kids,” Matta said. “We talked about having grit, accountability and family. and family to us was “Forget about me, I love you.” “And the kids really took that to heart and played for each other. it was a close knit group that really cared for each on and off the football field. They really bought in to what we were preaching and that does not always happen. this was a great group to be around.”

Matta and his staff are known for being fully prepared for every game and every situation. It is the work ethic Matta demands from his assistant coaches and himself.

His teams take on this attitude and the Cougars are known for their hard hitting approach to every football game. Matta has the utmost respect from his kids, fellow coaches and football observers around District 1.

When teams play the Cougars, they know they are going to be involved in a physical, demanding game. It is what Matta preaches and how he lives his life.