Dock Mennonite brings it all together, holds off Lansdale Catholic in Jim Church Classic final 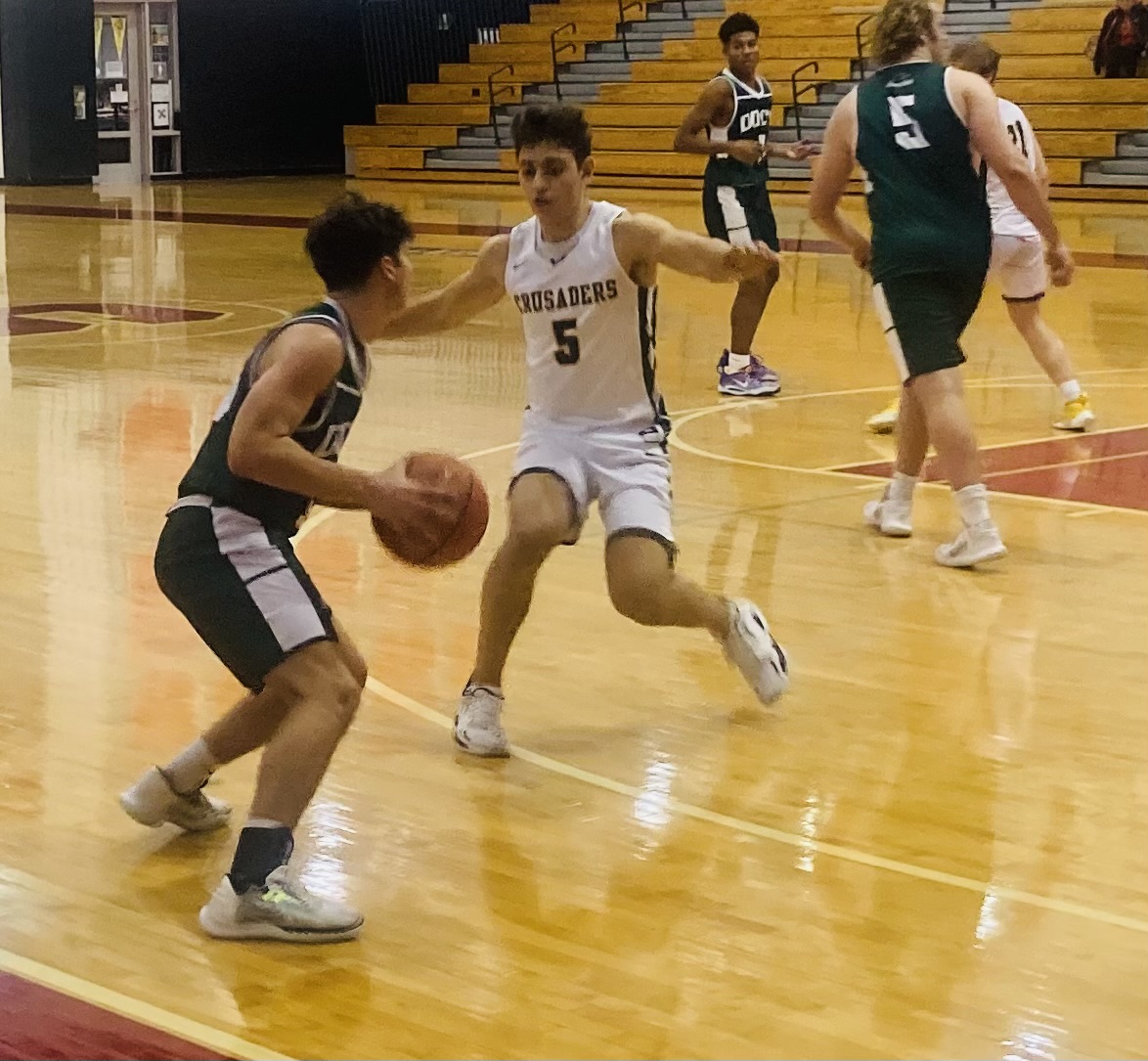 “This is everything. When you start off 2-0 like that, it really is a confidence booster for the rest of the season,” said the Pioneers’ Nathan Lapp. “It gives you confidence going into practice, having a good practice, and then getting ready for games the next day.”

Lapp and the Pioneers earned a 48-41 victory over Lansdale Catholic in the Jim Church Classic Final to kick-start their season in thrilling fashion.

“Coming back, I knew we were gonna have a really good team,” Lapp said of the Pioneers, who made it to 3A States a season ago. “And we showed it this weekend. I’m so excited for this team. I can’t wait to see where we go.”

Lapp, the tournament’s Most Valuable Player, scored seven of his 12 points in the fourth quarter to help the Pioneers nail down the victory.

LC got to within 29-26 early in the fourth on a three by Brendan Stewart (8 points). Evan Lojewski, who had seven points for LC, also earned an All-Tournament selection, his contributions keeping the Crusaders close.

But Hoyt Bultje found a streaking Lapp cutting to the basket and the lead was back to five for Dock.

Matt Hopkins sank a pair of free throws for the Crusaders to later slice the margin to 32-28, but one of six 3-pointers by the Pioneers – this one by Zach Neff – boosted the Dock lead to 35-28.

Lapp drove for two and Martin scored in transition to make it an 11-point cushion, and the Pioneers were in control the rest of the way.

“It definitely felt good to see the ball go through the hoop. And my defense picked up a little bit after that and we just closed it out,” Lapp said. “Because our defense has that chemistry, man. And our energy. We play with so much intensity and our energy is so high – that’s why we’re hard to beat.”