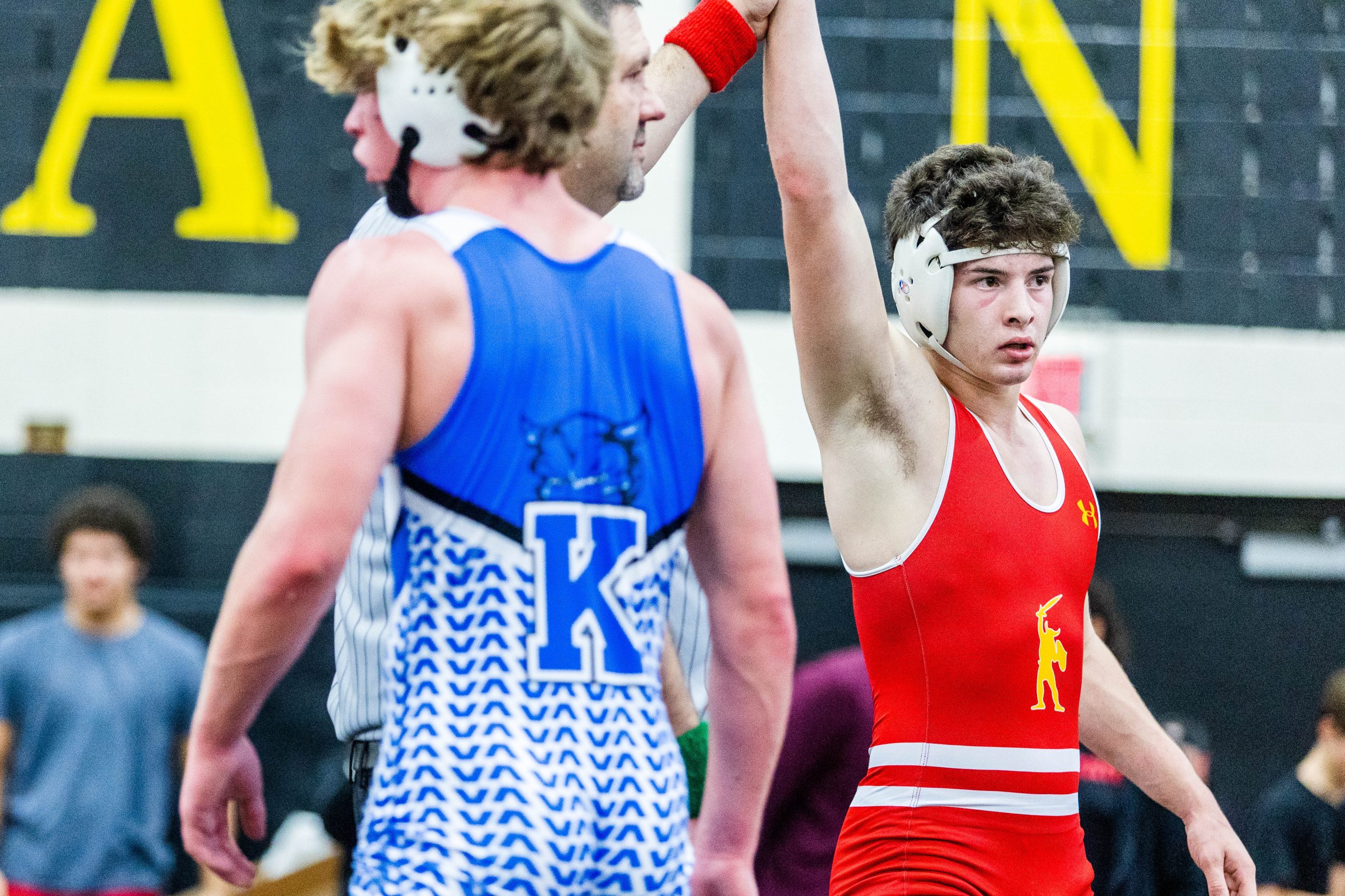 QUARRYVILLE >> West Chester East’s Max Parnis tried to make sure he left no stone unturned, heading into his senior season.

Over the summer, Parnis participated in, and won his bracket, at the Maccabi Games in Israel, and the Vikings’ returning state qualifier seemingly sought out extra training from whomever was willing.

“I just wanted to get better,” Parnis said. “I want to wrestle the best I can and not have any excuses. If I lose, I lose, but it’s not because I didn’t go to his practice or that. I making sure I do my best.”

Some of the fruit of his labors was on display Saturday, at the Solanco Mule Classic, as Parnis was one of just two local champions, joining Oxford’s Austin McMillan.

After taking fifth in the Southeast Region and going 1-2 at the Class 3A PIAA Championships as a junior, Parnis (152 pounds) was the top seed and scored bonus points in three of his four wins.

His only decision came against Central Dauphin’s Mike Beers, 12-7, in the semifinals and that propelled Parnis to the top of the medal stand.

“That gave me some pretty good confidence,” Parnis said of his win over Beers. “I felt calm and relaxed heading into the finals and I said, ‘alright, I’m here to wrestle.’”

In the finals, Parnis scored a 9-1 major decision over Kennett’s Tyler Maiers. It was that kind of afternoon for the Blue Demons, who went 0-5 in the finals.

Kennett’s Josh Barlow gets in a scramble late in a 2-0 loss to Central Dauphin’s Ryan Garvick in the 160-pound final. (Nate Heckenberger – For MediaNews Group)

Kennett finished second in the team standings, 42.5 points behind Central Dauphin, but it was a wakeup call a Blue Demon roster that expects to make some noise this season.

“It’ll be nice to get back in the room and keep working hard and come back, day by day,” Kennett senior Josh Barlow said. “Hopefully we get the mentality of taking it one match at a time and one period at a time. I felt like some guys were looking too big, when we just need to worry about scoring points every period.”

Kennett freshman, Blake Boyer (127) registered a 46-second pin in the semifinals, but was slowed down and dropped by Central Dauphin’s returning state qualifier, Liam Flanagan, 3-1 in the finals.

Junior John Pardo (215) scored a takedown against Salesianum’s Max Agresti, who’s ranked No. 8 in the country according to MatScouts, but lost 8-3 in the finals. In the following finals match, Bailey Shindle (285) was pinned by Donegal’s Nicholai Brotzman.

Barlow (160) was on the wrong end of a 2-0 decision to Central Dauphin’s returning state runner-up, Ryan Garvick. Barlow nearly scored late in the third, but settled for a closer score than last year’s 9-1 margin in the same tournament.

“I gotta keep working on scoring points,” Barlow said. “I held him to two points and he’s a good wrestler. He got me out of position for the reversal. I have to keep scoring.”

Offense was not a problem for McMillan, who scored from every position in his 7-1 win over Central Dauphin’s Gavin Reynolds, in the finals.

“I knew he was good, coming out of Central Dauphin,” said McMillan, who improved on a runner-up finish from the year before. “I know not many people have been working harder than me, so I kept that in the back of my mind the whole match.”

Oxford’s Austin McMillan locks up a cradle in a 7-1 win over Central Dauphin’s Gavin Reynolds in the 139-pound finals. (Nate Heckenberger – For MediaNews Group)