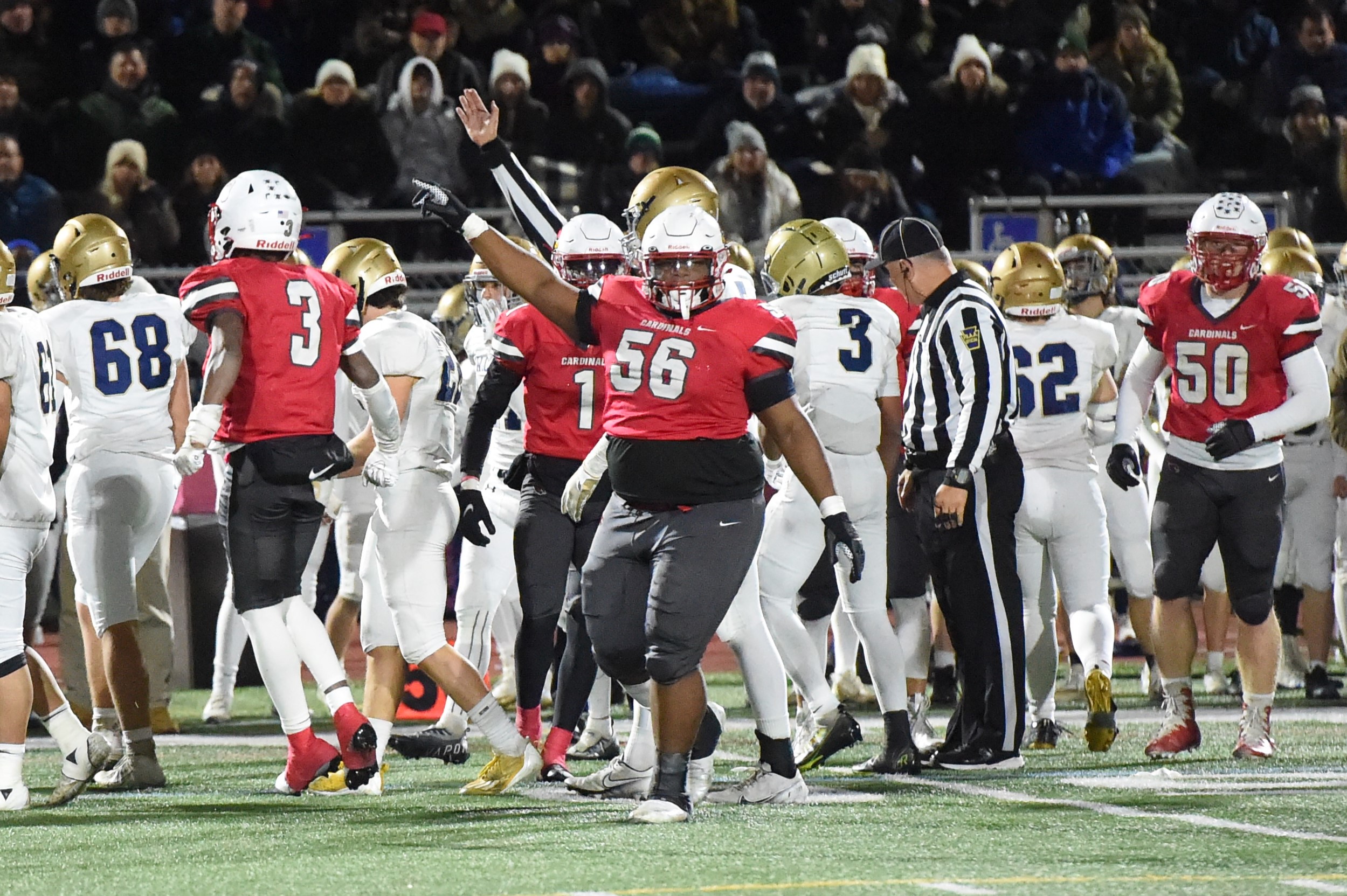 Upper Dublin has rolled through its 14 games this season. The Cardinals are perfect with 13 games decided by 14 or more points. Along the way, they won Suburban One League Continental Conference and District 1-5A championships.

Friday night, Upper Dublin steps outside of District 1 for the first time this year. The Cardinals will face District 12-5A champion Imhotep Charter in the PIAA-5A state semifinals at Wissahickon High School at 7 p.m.

Imhotep made the state final in 2021. They beat District 1 champion Strath Haven, 36-0, in the semifinals before losing to District 7 champion Penn-Trafford in the championship game, 17-14 in overtime.

The Panthers, from the Philadelphia Public League Independence Conference, are 9-2 this season and haven’t lost since a Sept. 16 matchup with Malvern Prep. In eight games since, Imhotep has allowed a total of 23 points. They posted four shutouts before allowing three points to Martin Luther King, seven to Mastery Charter North, six to Roman Catholic and seven to Whitehall.

Imhotep’s defense features players that will be playing on Saturdays at each level.

Jahsear Whittington anchors the defensive line. The 6-foot-1, 280-pound junior defensive tackle is committed to the University of Pittsburgh. He has nine sacks, 18 tackles for loss, two fumble recoveries and three pass deflections this year.

Raheem Reid checks in at linebacker at 6-foot-2, 215 pounds. The junior visited with Maryland and Rutgers earlier this year. He grabbed an interception in the Panthers quarterfinal win over Whitehall.

Rahmir Stewart runs things in the secondary. The 6-foot, 195-pound senior safety was named the 5A Public League MVP last week. The senior has 31 college offers, including Alabama, Clemson, Penn State and Oregon.

The offense runs through running back Jabree Wallace-Coleman. The 6-foot, 200-pound sophomore scored three touchdowns – two on the ground and one through the air – last week against Whitehall. He committed to Georgia before this season.

Quarterback Mikal Davis is a threat with his arm and his legs. The junior signal caller will look for his favorite target, senior receiver Corey Wright-Downing. Wright-Downing, a former Bishop McDevitt student, caught a 59-yard touchdown last week.

Upper Dublin faced a team with similarly impressive point totals in Plymouth Whitemarsh. In 12 games entering a District 1-5A semifinal against the Cardinals, PW scored 30 or more points 10 times and allowed 13 or fewer points nine times. Upper Dublin won, 30-0, on Nov. 18, but Plymouth Whitemarsh doesn’t have the Division I college prospects that Imhotep has.

The winner between Upper Dublin and Imhotep will play for a state championship Friday Dec. 9 at Cumberland Valley High School against the winner of (3-1) Cocalico and (7-1) Pine Richland.