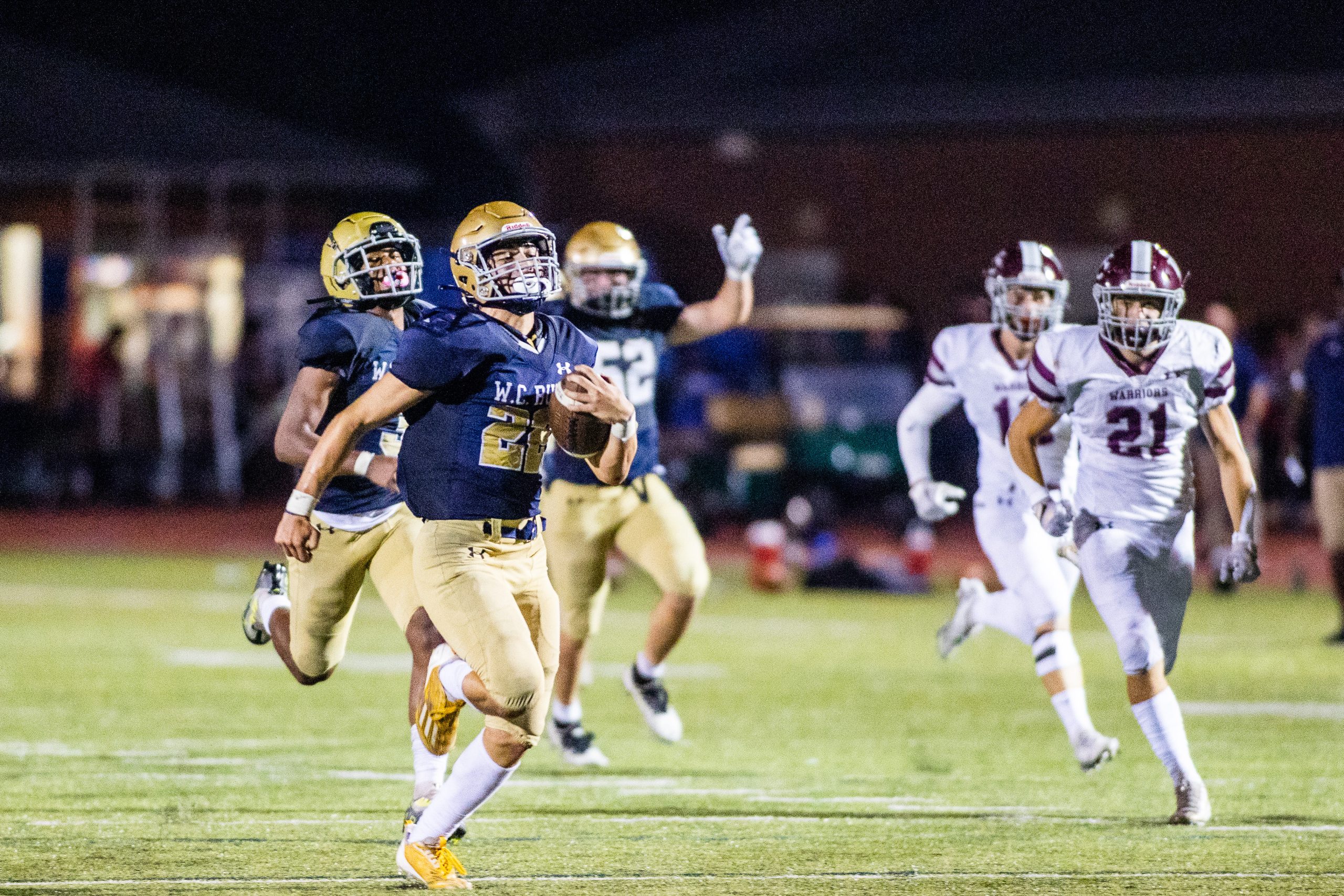 The two teams met in the 2020 final with the Cardinals taking 29-8 decision over Rustin. The Cardinals present a very stern challenge to the Golden Knights as the UpperDublin offense is averaging 36 points per game and is led by Boston College commit and three year starter, quarterback Colin O’Sullivan, who has passed for over 1,800 yards this season.

The Cardinals defense has also been very good as they have shut out their three playoff opponents by a combined 100-0 score defeating Plymouth-Whitemarsh, 30-0 in the semifinal round in a game the Cardinals defense allowed just 43 rushing yards to the Colonials. One of O’Sullivan’s weapons is speedy wide receiver Starling Reaves has caught four touchdown passes in the playoffs and hard running Griff Pensabene, who has been effective on the ground for the Cardinals.

Upper Dublin has some big wins over some good 6A squads as the Cardinals have defeated Central Bucks West 35-7, North Penn 32-28 and Souderton 34-3 during the regular season. Many people feel the Cardinals are arguably the best public school, regardless of classification, in the state.

But the Rustin wing-T offense should give the Cardinals defense some trouble as Daimon Jacobs, Chase Hatton and Antonio Santangelo are a three headed monster in the Golden Knights backfield. Jacobs and Hatton are both over the 1,000 yard rushing mark on the season and Santangelo is very effective running the dive play for the Golden Knights.

The Rustin secondary will have to hold up under the onslaught of O’Sullian passes and the Rustin offense will have to limit Upper Dublin possessions with long, time consuming drives of its own. On defense, Jeremy Lynn and Jake Law had big games on defense against Strath-Haven and they will have to be good again to help the Golden Knights win the coveted district title. The Golden Knights are used to big games and should give the Cardinals a very stern test here.