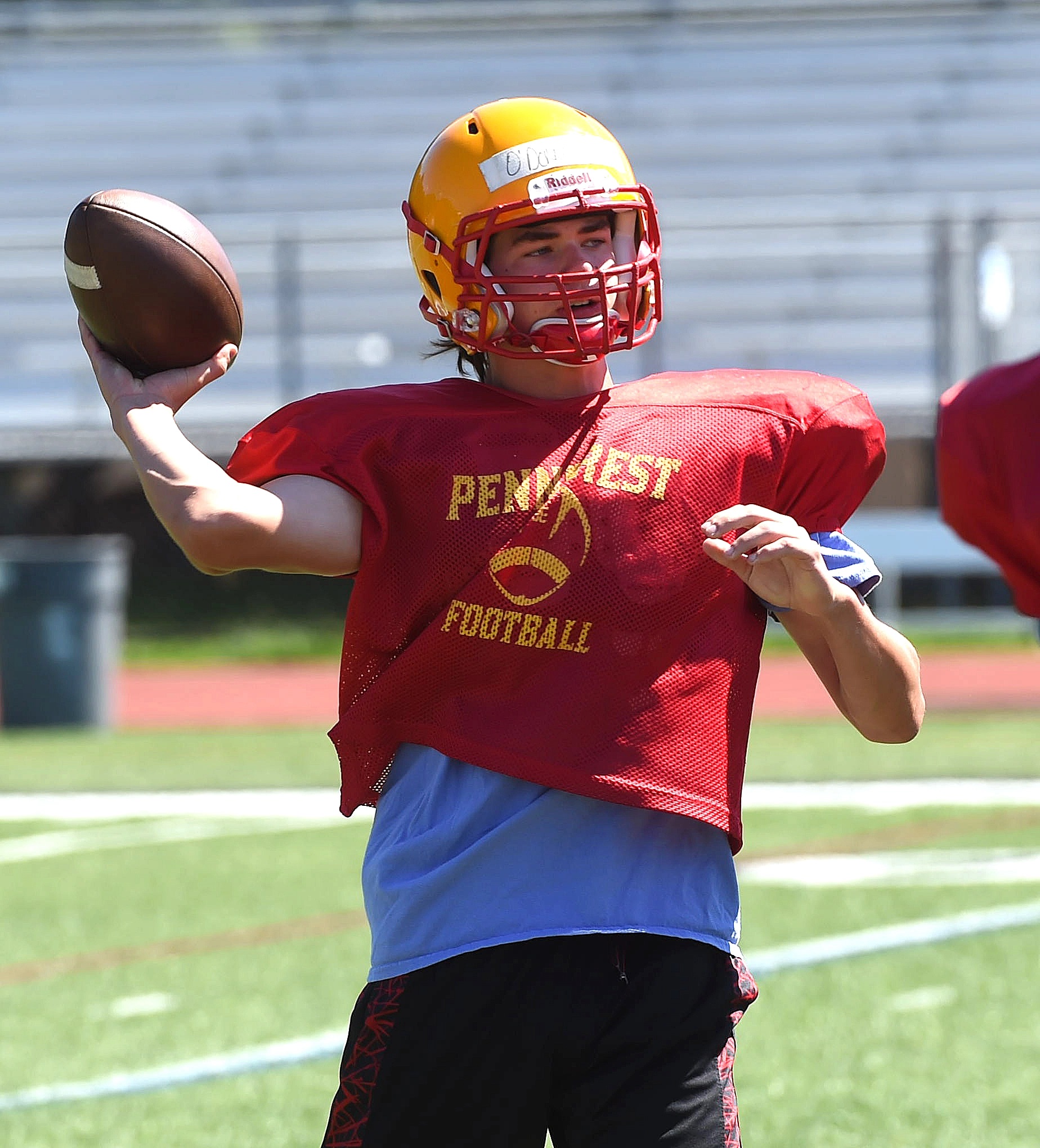 Senior Sean O’Donnell has moved around on the offensive side of the ball during his career at Penncrest. He played quarterback as a freshman before shifting to wide receiver for most of the next two seasons.

When Paul Graham took over for Ryan Smith as the Lions coach midway through last season, Graham installed the veer offense, and it was back behind center for O’Donnell. Making the switch to a new offense wasn’t that difficult for him.

“I feel like I have a pretty good football IQ,” said O’Donnell, who also plays safety on defense. “I think that helped me learn the offense quickly.”

And he had the chops to be a quarterback in the veer, which demands that the QB is able to run and take a hit as well as throw.

“Sean’s one of the toughest quarterbacks I’ve ever coached,” Graham said. “… Sean will always lower his head, dive through a pile, dive over a pile, just from a physical toughness standpoint he’s right up there with anyone I’ve ever coached.”

O’Donnell will get to be the QB one last time when the Lions (1-9) host Marple Newtown (5-6) at Louis Scott Field Wednesday night (6 p.m.) in the newest of the Delco Thanksgiving rivalries.

This is the third meeting in the series, and the second between the teams this season. The Tigers won the first two meetings, at home last season, 39-18, and 16-7 at Penncrest in 2019. There was no game in 2020 due to the coronavirus pandemic. Marple Newtown also scored a 37-6 victory over the Lions on Sept. 2.

“The last time we played them we turned the ball over twice to start the game and we were down 21-0 just like that,” O’Donnell said. “We have to protect the ball.”

“He’s just kind of throwback,” Graham said. “He reminds you of a kid from the ’70s. He’s quiet. He doesn’t talk to the other team on the field and he gets our team to do what we need to do. He really is a throwback. He’s not flashy. He doesn’t talk. He just goes and does his job.”

Now he’s looking to end his career on a winning note.

“It’s nice,” O’Donnell said. “I get to play with the same kids I’ve been playing with since freshmen year one more time. It’s going to be fun and it would be nice to end the season with a win.”

Marple is thinking along the same lines.

“We played them earlier in the year, but it’s going to be a totally different game,” Marple Newtown coach Chris Gicking said. “We had everyone healthy at that point. I’m sure they have some guys banged up, I don’t know, but they’ve gotten a lot better as the season has gone on. They almost beat Haverford. That offense always is tough to prepare for and Paul (Graham) and (defensive coordinator) Jeff Allison do a great job running it. It’s going to be a good game.”