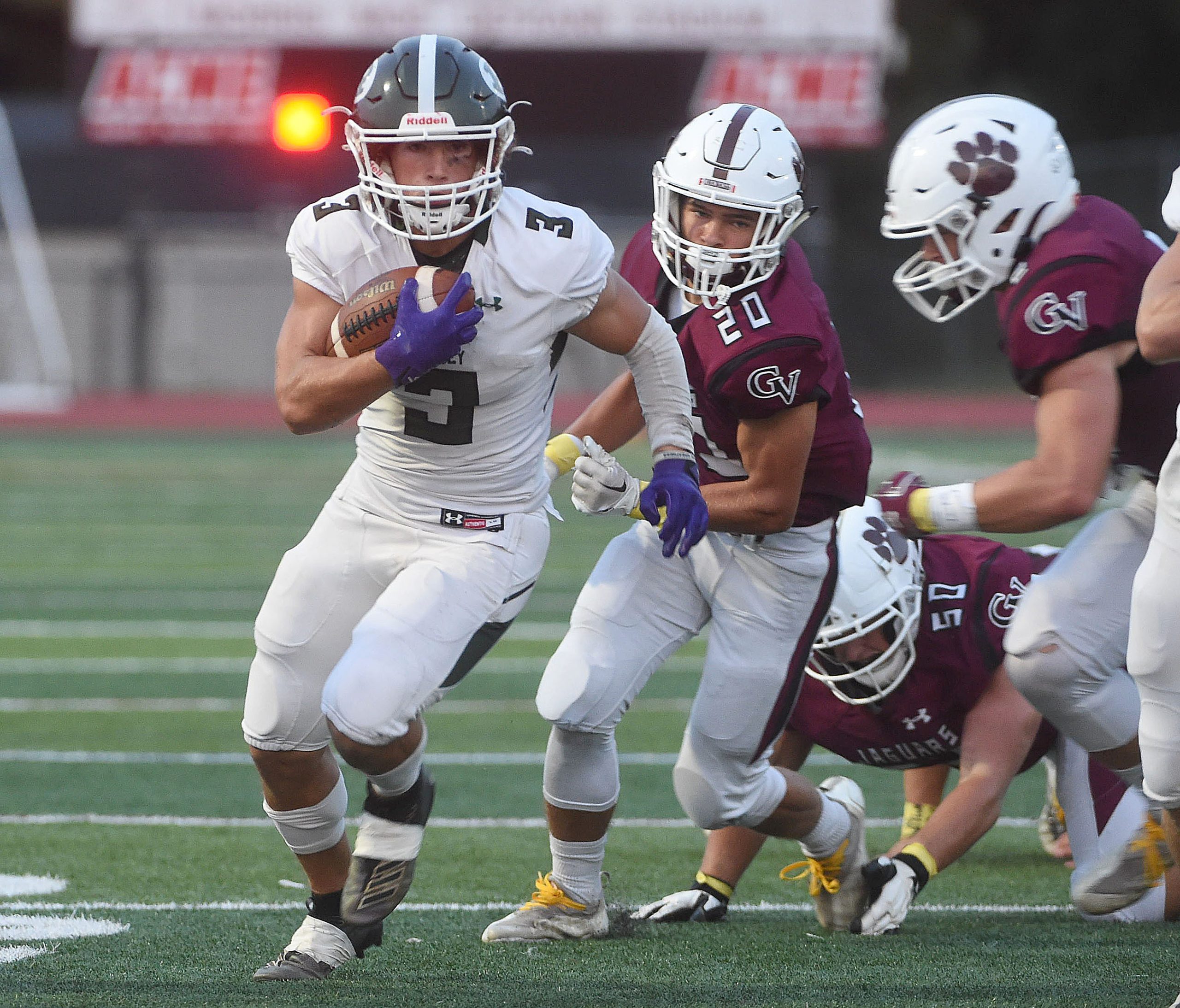 RIDLEY TWP. – Paul Jackson is listed as a slotback and linebacker on the Ridley roster. He’s much more than that.

Sometimes, the 5-9, 185-pound senior plays running back. He’s also been used as a wildcat quarterback, a nickel back in passing situations, handles the punting duties and is on the kickoff return team for the Green Raiders.

About the only time he’s not on the field is when Ridley kicks off.

“We try to rest him on kickoffs so he doesn’t have to run down the field,” Ridley coach Dave Wood said. “He does a lot for us. He’s been a workhorse for two years.”

Jackson expects to be highly involved when the Green Raiders (7-4) host Interboro Thursday at Phil Marion Field (10 a.m.) This is the 54th meeting in the series, which began in 1965. The game was not played in 2006, 2007, 2009 and 2012 because one of the teams was involved in the playoffs, and in 2020 because of the coronavirus pandemic. The Green Raiders and Bucs did play in 2007, but in the first round of the District 1 Class 4A playoffs, not on Thanksgiving. Ridley took that contest, 34-6.

The Green Raiders hold a 39-13 edge for Thanksgiving Day games and a 40-13 overall edge, and have won six of the last seven meetings, including last year’s 34-22 triumph at the South Avenue Athletic Complex.

This year, both teams made the playoffs.  Ridley dropped a 42-28 decision to Spring-Ford in the opening round of the District 1 Class 6A tournament. The Bucs (10-3) are coming off of a 33-21 loss to Bonner & Prendergast in the first round of the PIAA Class 4A playoffs.

“It’s such a big game,” Jackson said. “You have a number of generations who come back to watch it and the whole community is involved. It’s just a big game for everyone.”

For his role, it’s one Jackson has come to relish.

“I’ve always played running back and I could catch, too, so it all just came together,” Jackson said. “I like doing all the things. It makes the game more fun.”

As versatile as he is, Jackson does have a favorite position.

“I like playing slot receiver,” he said. “It’s my favorite and I like catching short passes and turning them into big gains. And you have to block inside the box, get the linebackers and the safeties. It’s just a fun position to play.”

Jackson and the Ridley defense will be put to the test as the Green Raiders look to contain or at least slow down Interboro running back Abu Kamara. That’s something few teams have been able to do this season.

Kamara has enjoyed a record-breaking year for the Bucs.  He set single-season county records for rushing yards (2,803) and total touchdowns (42). He has a shot to become the first player in county history to run for 3,000 yards in a season. He’s topped the 300-yard mark on three occasions and went over 200 yards another time.

Like Jackson, Kamara does it all for the Bucs. He’s more than just the top running back in the county. He’s caught 13 passes for 252 yards and two scores and picked off nine passes. Running the ball, though, is his specialty.

“All the linebackers have to play downhill and you have to make tackles for sure,” Jackson said. “If he breaks tackles he’s going to be free. And if he breaks free and hits the sideline, he’ll score. We have to be on top of our game.”