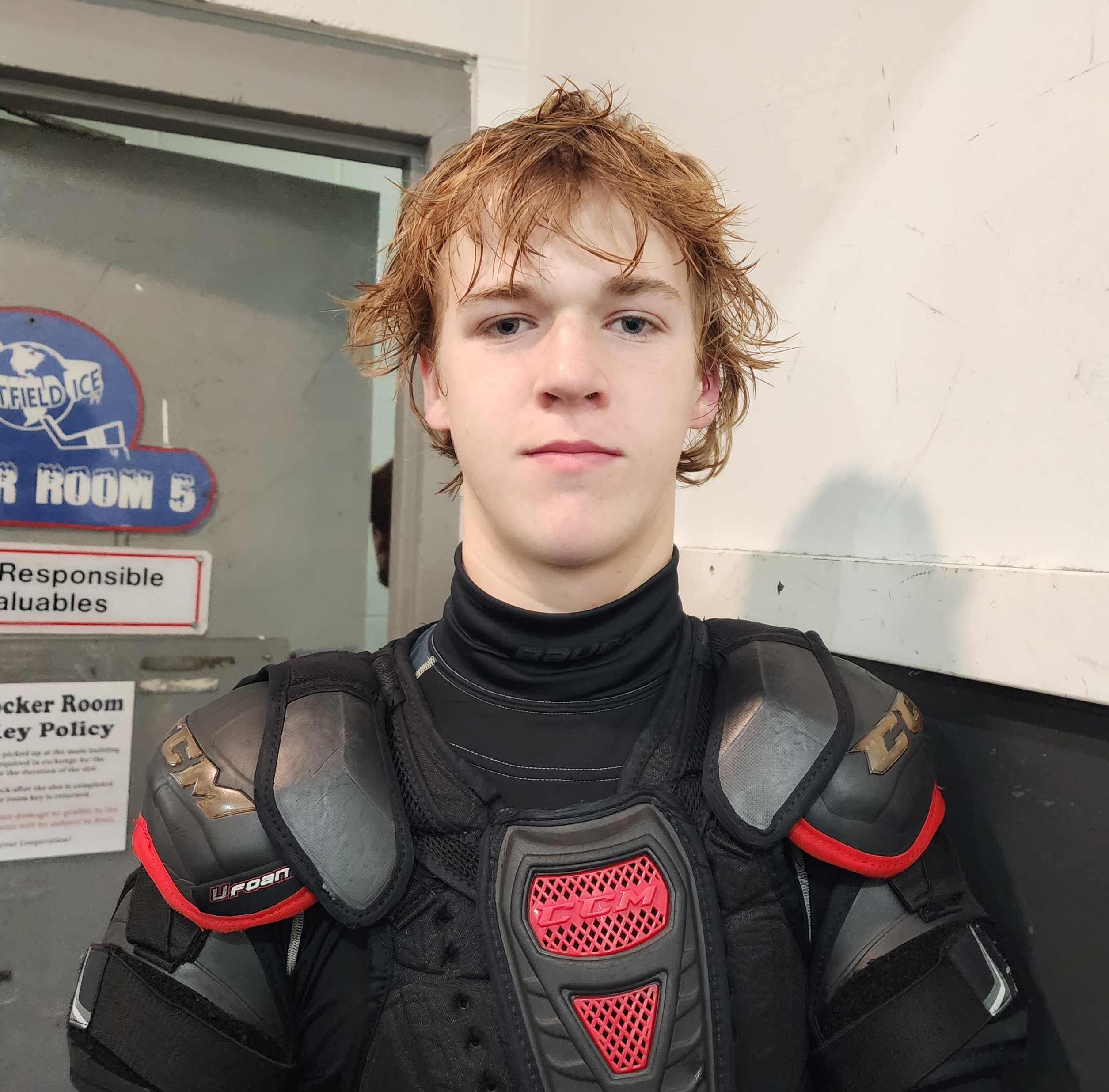 After overcoming a four-goal deficit in their first win of the season, the Rams made it two straight Wednesday night when they rallied back from a three-goal deficit to pick up a 6-5 SHSHL National win over Souderton at Hatfield Ice Arena.

“We were fine,” Pennridge’s Andrew Savona said. “Our key players know when to step it up and make plays and make things happen.”

After the rivals traded goals in the first half of the final period, a scrum after the whistle resulted in a two-minute power play for Souderton (1-4, 0-2 SHSHL National).

Pennridge generated two strong short-handed scoring opportunities, but couldn’t find the back of the net either time. The Rams did, however, keep it 5-5 for two minutes.

“On penalties,” Pico said, “we don’t play to tie. Our coach says we should go out and win every time. He wants us going like it’s 5-on-5 the whole time.”

A minute after the penalty kill, Pennridge won a faceoff in the offensive zone. Pico got the puck to Savona, who went between his legs on the right side of the net and scored to make it 6-5 with 3:31 left.

“We knew not to shoot high,” Savona, who works on trick shots like that and scored one during their last game against CB South, said. “We got him going side to side. When Kevin had that low shot, there was a good rebound and I just took it and went between the legs and it trickled in.”

“The D stepped up,” Pico said. “I saw AJ below, just shot it, passed it, to him and he buried that, between the legs.”

Pennridge maintained possession for most of the final three-and-a-half minutes to close out the win.

“It’s frustrating when a goalie’s hot,” Pico said. “He’s a big goalie, we had to get him moving.”

Pico and Dachowski each score two goals for Pennridge. Manto scored when he lifted a backhand into the top shelf and Savona closed out the Rams scoring with the game-winner.

Five different players scored for Souderton. Matthew Malanga and Evan Thacker scored in the first period to make it 2-0 after 17 minutes. Nicholas Smith and Jaime Avaria Okeefe scored in the second to put Souderton ahead 4-1 and Timothy Alexander tied the game, 5-5, in the third.