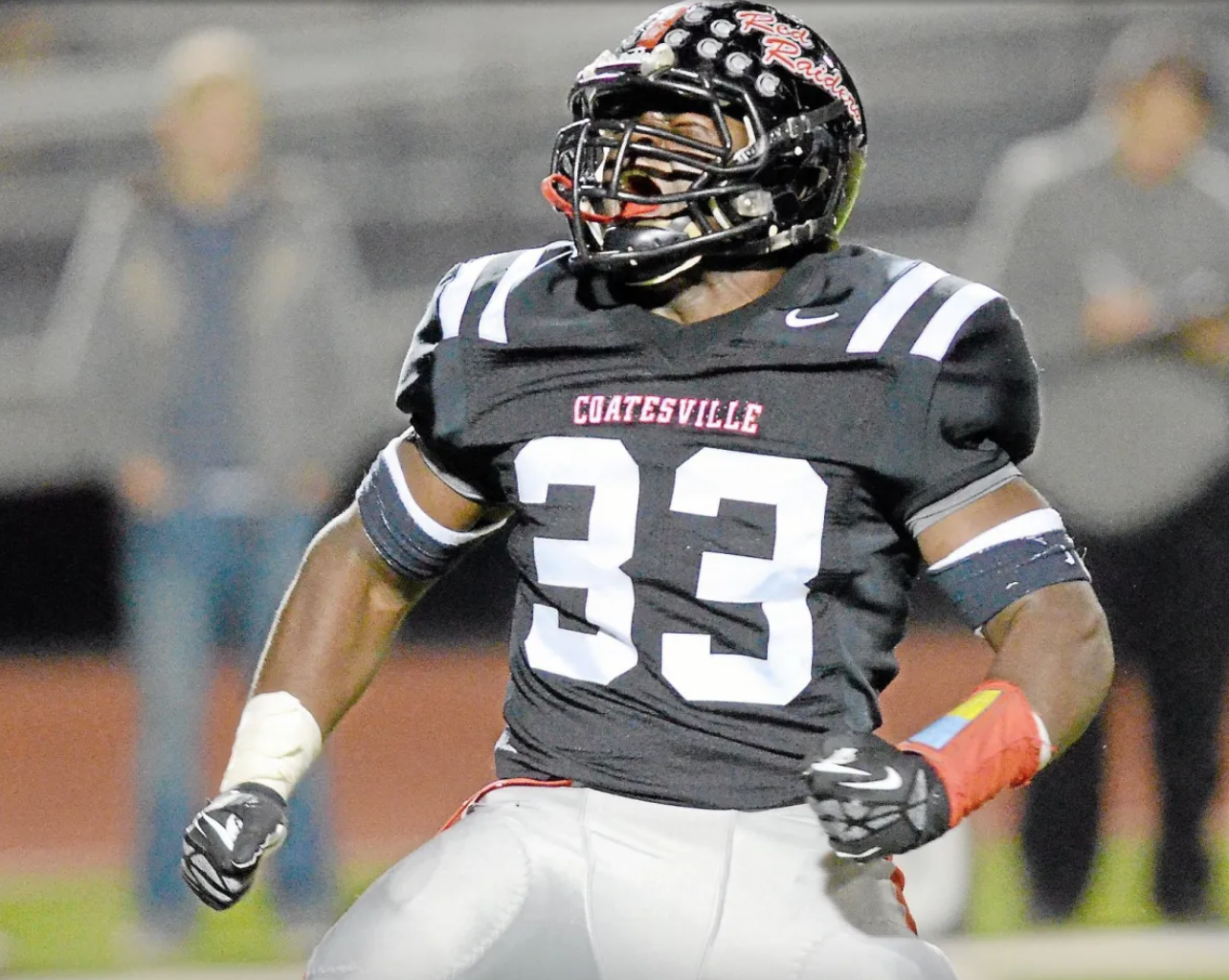 By the time the 2012 Coatesville team rolled into the District 1-4A semifinals, the Red Raiders were as hot as any team in the state.

The first quarter set the tone for what kind of night it was going to be against visiting Neshaminy.

Daquan Worley got the scoring started with an 86-yard touchdown run. Neshaminy tied it, 7-7, towards the end of the first quarter, but Emmett Hunt and Dre Boggs combined for an 86-yard TD pass in the waning seconds. The second quarter was just as explosive. After Coatesville forced a quick three-and-out, Chris Jones returned the punt 56 yards for a score. Later in the quarter, Hunt found Jones for a 59-yard TD pass.

Like in the first quarter, Boggs closed out the second with an 18-yard TD reception from Hunt with 11 seconds left and Coatesville led 35-14 at the break.

In the third quarter, Neshaminy showed its resolve when Nate Hall scored his third and fourth TDs on the night to pull within seven, midway through the quarter. Hall finished with over 200 yards on the ground.

But that’s as close as Coatesville would let Neshaminy get, going back up two scores on a 60-yard TD from Hunt to Jones just 30 seconds after Hall’s fourth TD. Worley scored two more times on the ground and finished with 182 yards and Vinny Williams capped the contest off with a pick-six to give Coatesville a 62-28 win.

Hunt passed for 313 yards, 163 going to Jones and another 104 to Boggs. Coatesville racked up 513 total yards of offense and moved on to the district title game against Spring-Ford.