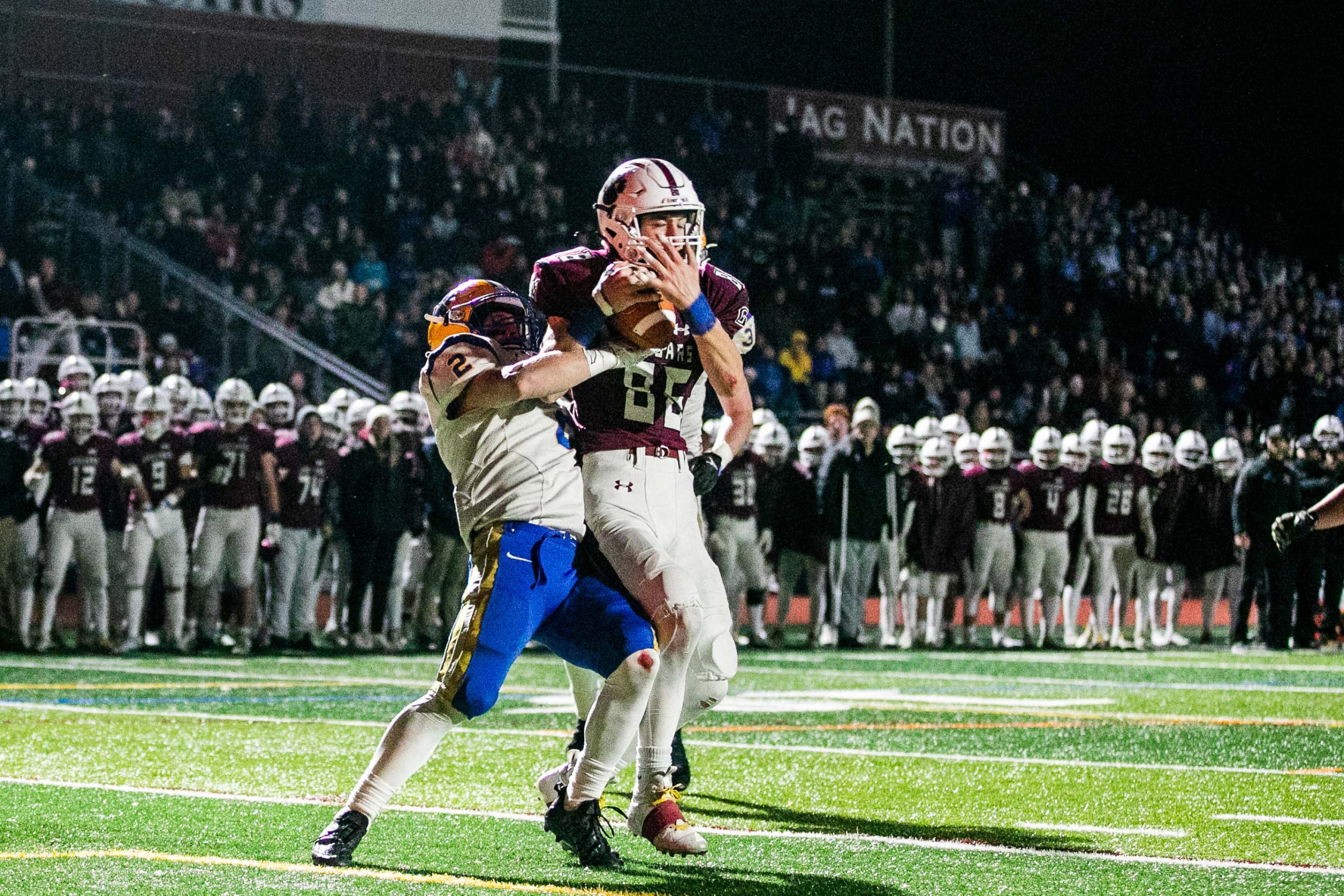 CONCORD — For the Garnet Valley defense, it was an inauspicious start to the District 1 Class 6A semifinal Friday night at Moe DeFrank Stadium.

The Jags responded with a quick-strike drive when Jason Bernard rambled 47 yards to the end zone. Horvath found paydirt again on East’s second possession, and quarterback Matt Mesaros sprinted 15 yards to draw the Jaguars back even. There were four touchdowns scored in the first 12 minutes of regulation. The Garnet Valley defense knew it couldn’t sustain that pace. It needed to find a way to slow down the Cougars and did just that, keeping Horvath and Co. out of the end zone the rest of the way. Mesaros threw TD passes to Ronnie Leraris and Jake McDowell in the fourth quarter as No. 1 Garnet Valley defeated 12th-seeded Downingtown East, 28-17. The Jags (12-0) look to claim their second consecutive District 1 Class 6A title next week when they host 11th-seeded Central Bucks West, which upset No. 2 Perkiomen Valley, 14-13, in the other semifinal.

After rushing for 107 yards on 16 carries in the first half, Horvath, who accumulated 530 yards and eight touchdowns in the first two rounds of the tournament, was held to 20 yards on six totes in the final two periods.

The Jags stopped over-pursuing on Horvath, who had the tendency to pinball his way through congestion at the line of scrimmage for big gainers. One standout on the GV defense was linebacker Joe Checchio.

“I give all the credit to Coach P (defensive coordinator Marc Panepinto), he called a great game, and also the defensive line. They were opening things up for our linebackers making it a whole lot easier for us to get back there and make plays on (Horvath),” Checchio said. “He’s a great player. He’s still going to get some yards on plays, but it’s all about just managing that and keeping it to a minimum.”

The Jags forced East to air the ball out. Quarterback Jamy Jenkins was 11 of 24 for 122 yards and seven of his final 10 passing attempts went for incompletions.

Mesaros connected with Leraris down the Garnet Valley sideline for a 21-yard touchdown with 8:55 to play. Mesaros hooked up with McDowell on a four-yard catch later in the quarter to seal the victory. McDowell maintained his concentration as the tight end initially bobbled the ball and was wrapped up immediately in the end zone. The 6-2, 170-pound senior kept upright the entire time and hauled in the catch.

“It was bobbling all over and I’m just swinging my arms and it just ended up in my arms,” McDowell said. “I don’t want to say it was all luck, but I was a little lucky.”

Bernard paced the Jaguars offense with 145 yards on 15 carries. Mesaros added 74 yards on the ground and was 7 of 10 with 92 yards through the air.

“Our defense, they were incredible. Just non-stop dawgs,” Mesaros said. “They never gave up, not for one second.”