Upper Perkiomen the underdog in PIAA 3A championship clash with Moon 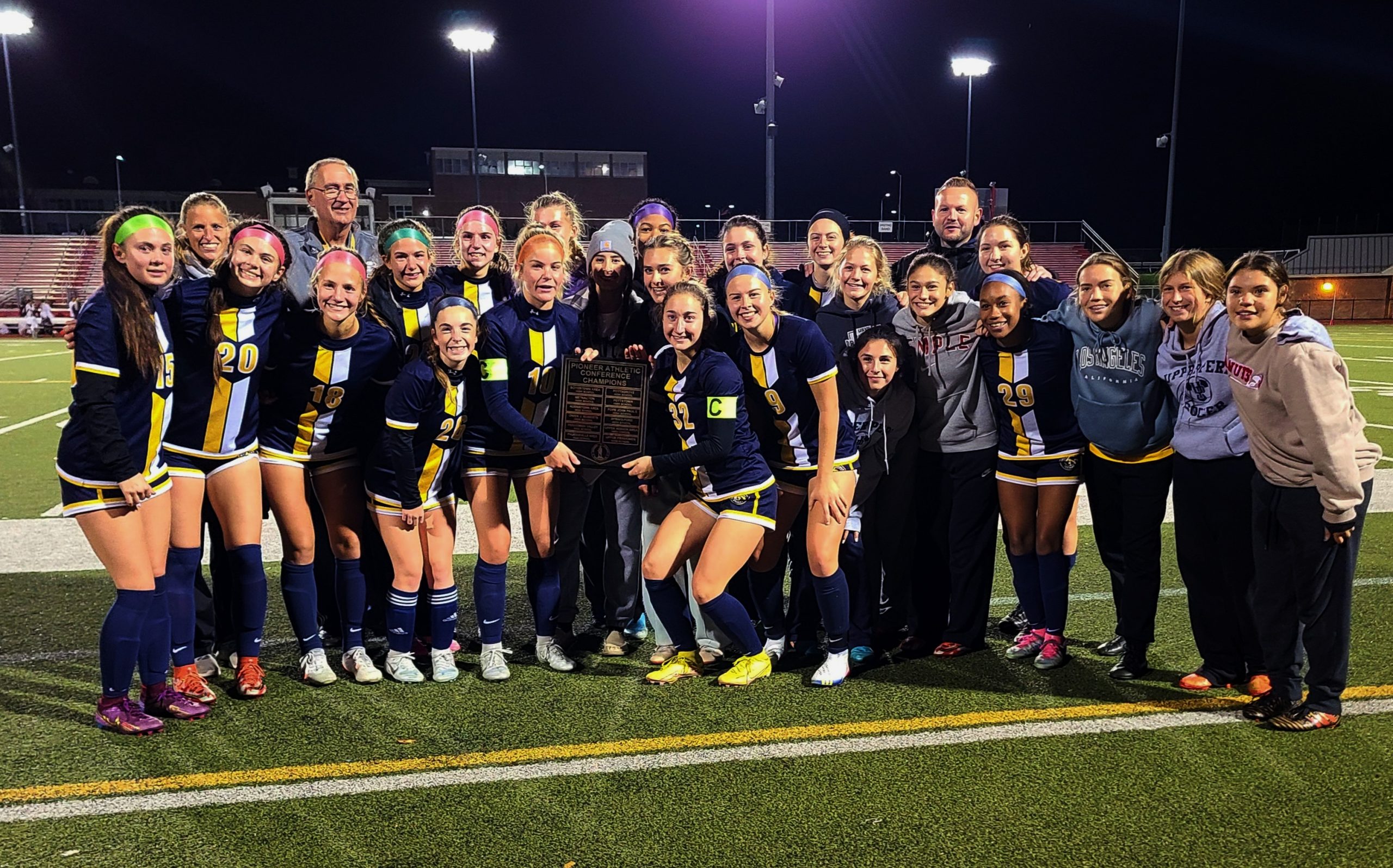 It’s hard to imagine the Upper Perkiomen girls soccer team with its 25-0-1 record and its Pioneer Athletic Conference and District 1 championships finding a path to being an underdog.

Yet that’s the role Upper Perk has been cast in.

It would take a special opponent to put the Indians in the category, but that’s exactly what they have in District 7 champion and reigning PIAA Class 4A champion Moon, a team that has allowed only two goals all season.

Both undefeated this season, Upper Perkiomen and Moon meet Friday in a heavyweight battle for the PIAA Class 3A championship at 4 p.m. at Cumberland Valley’s Eagle View Middle School.

A look at the matchup:

Road to the final >> Upper Perkiomen has outscored opponents 12-1 in the state tournament, cruising past Northern 3-1 on Nov. 8, Valley View on Nov. 12 and District 3 runner-up Greencastle-Antrim 3-0 on Wednesday … Moon effectively ran through the WPIAL for a second time, dropping Greater Latrobe 2-0 and Plum 4-1 before topping archrival Mars 2-0 in Wednesday’s semifinal.

On Upper Perkiomen >> The Tribe are on the type of run they would wish would never end, especially retiring head coach Mike Freed. Upper Perk has scored 104 goals and conceded only 18 and has won every step of the way with the PAC and District 1 trophies already in their grasp.

In the midfield, junior Megan Cairns and senior Mary Kate Sitko play ahead of senior holding mid Kyra Lesko, a trio with quality on the ball and no fear in a tackle. The back four consists of seniors Erin Edwards and Lauren Powers, junior Elizabeth Proctor and sophomore Elyse Kreiner, a no-mess quartet that has limited opponent scoring chances every step. Center back Powers has been a big factor on the other end of late, registering goals in the first two rounds and two assists in the semifinal win over Greencastle. Sophomore first-year starter Ava Long handles goalkeeping duties.

On Moon >> Moon will be riding high after winning its intergalactic death match with three-time defending state champ Mars in the semifinals, a matchup of last season’s PIAA 4A and 3A champions. Enrollment dropped Moon into the 3A classification in 2022 and they’ve laid waste to all comers.

Along with running the table in the WPIAL, Moon twice topped Mars, ending their archrival’s 80-match unbeaten streak spanning four seasons (78-0-2 record) in the District 7 final.

Moon is coached by Bill Pfeifer, the winningest coach in Pa. girls soccer history. He benefits from the return of eight starters from last year’s title team, including his entire midfield trio of seniors Kayla Leseck, Eva Molnar and Hailey Longwell, who scored both Tiger goals in the semifinal win over Mars.

Matchup >> Upper Perk has overwhelmed opponents with its front-to-back defensive pressing and willingness to take on defenders in the attack. That luxury goes out the door against a Moon team that is equally hard-pressing and physical, if not more so if Moon’s most recent matchup against a PAC opponent – last year’s PIAA quarterfinal win over Owen J. Roberts – is any indication. Suboptimal as it may be, refereeing style will likely play a role in a game of teams willing to test the line of aggression.

Moon will have encountered few opponents with two proven scorers like the dynamic Fisher and lethal-finishing Edwards and a midfield able to go toe-to-toe. Then again, the Tigers have shut down everyone while allowing only two goals in 25 matches.

It’s a terribly fast turnaround from the semifinals after they were postponed by inclement weather from Tuesday to Wednesday. That’s no perfect arrangement at a time of year when the minutes, injuries and health troubles have racked up. But the finish line has arrived, no matter the outcome.

It’s as marquee a match as you can dream up with two undefeated teams from either side of the state. The outcome isn’t certain, but two things appear to be: there won’t be many goals; and there will be blood, sweat and tears.