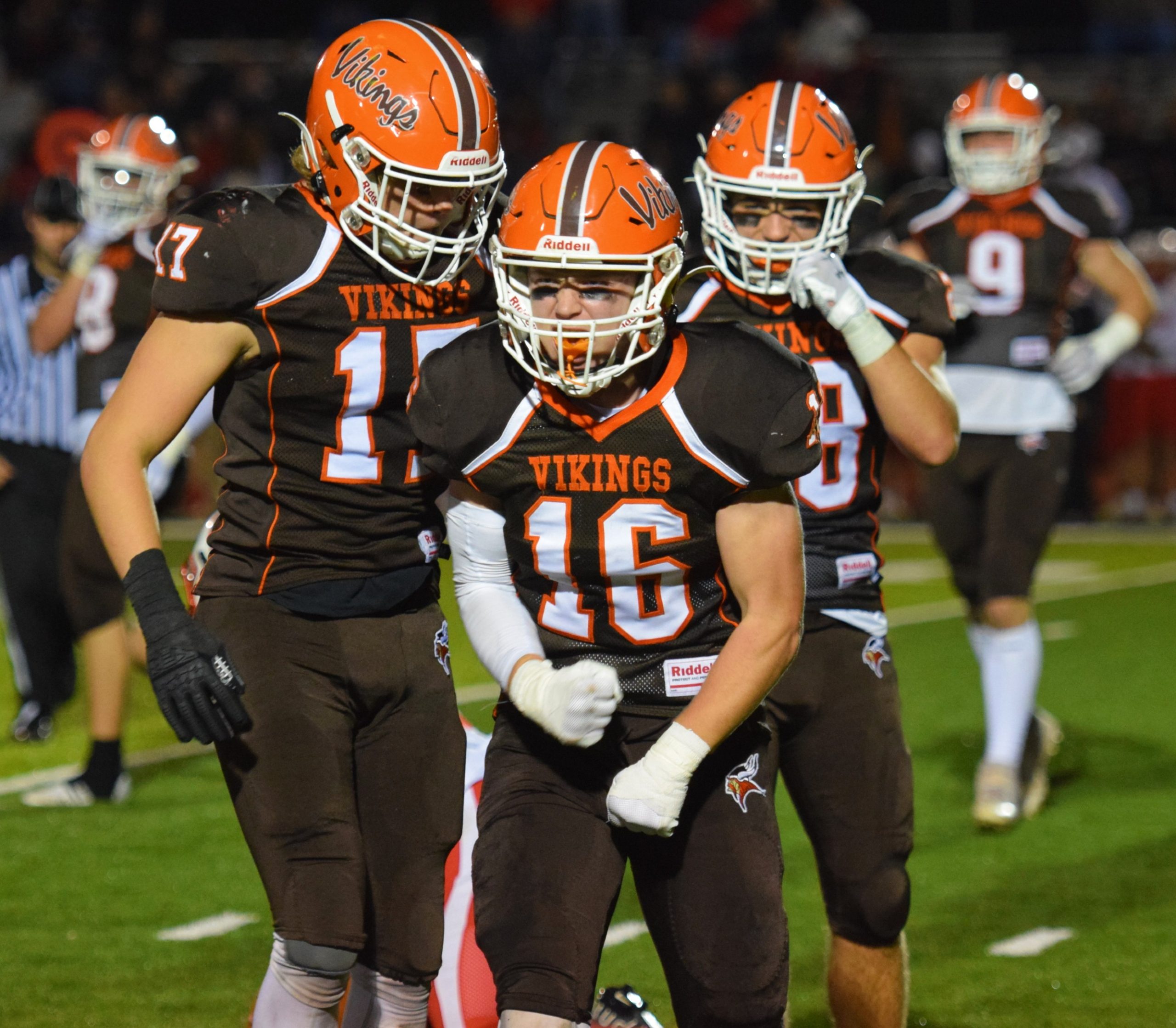 The pressure-packed, do-or-die nature of the District 1 Class 6A playoffs is nothing new to Central Bucks West.

After struggling to a 1-3 start this season, the Bucks entered Week 5 with the knowledge they might need to run the table to qualify for this year’s playoffs. A four-game winning streak followed, but another setback against Central Bucks South put the team into playoff mode a week early.

No matter. They beat archrivals Central Bucks East in consecutive weeks before toppling North Penn in the quarterfinals.
Now the Bucks head to No. 2 Perkiomen Valley (11-1) on Friday night as a No. 11 seed with an 8-4 record that undersells just how well this team is playing.

For the past couple of weeks, it’s been the Eli Boehm Show for the Bucks. The senior running back has 460 rushing yards and seven total touchdowns in the first two playoff games, highlighted by a 330-yard evening last week against North Penn.

“He’s a physical, downhill runner,” Heist said. “He doesn’t want to make you miss as much as he just wants to run through you.
“It’s the body-blow mentality – punish, punish, and in the third and fourth quarter it pays off.”

But there’s more to this attack, including fellow running back Vinny Cherubini who joined Boehm in the 100-yard rushing category in the first game against Central Bucks East and gives the Bucks another hard-running option. Quarterback Ganz Cooper has a couple of favorite targets in senior Conor McFadden and emerging sophomore Ryan Clemens.

McFadden had an 81-yard receiving touchdown last week. The entire trio also features in the secondary, while Clemens also handles the placekicking for Central Bucks West.

A Perkiomen Valley defense allowing just under 15 points per game will be tasked with stopping the Bucks attack.

Offensively, it was Ryan Klimek and quarterback Patrick MacDonald doing much of the work on the ground last week. This week, the Vikings could rely on their leading rusher, junior Jake Stewart (773 yards, 13 TDs).
It’s anyone’s guess when trying to defend Perkiomen Valley.

“I believe in trying to be unpredictable,” Heist said. “We want to get the ball to our athletes in space. Let them do what they do best. If we can keep defenses guessing, we’ll be harder to gameplan against.”

Klimek, the PAC leader in kicking points for a second consecutive season, will manage kickoffs, punts, and kick returns for Perkiomen Valley.

The two teams share a commonality in difficult nonleague scheduling. If the Suburban One National conference wasn’t tough enough, Central Bucks West also challenged Garnet Valley and Upper Dublin early this season – the respective No. 1 seeds at 6A and 5A.

“I think it instills confidence in our kids, playing that type of schedule,” Heist said. “They had to battle back against Downingtown West, which exemplifies this team’s grittiness. Our quarterback made his first varsity start against a team like Roman Catholic.

“Playing against those quality opponents is invaluable this time of year.”

And the reward for the sterling regular season? Playing Friday’s game in Thomas J. Keenan Stadium, where ‘Viking Nation’ prides itself on being one of the most robust and supportive student sections in all of District 1.

“We have amazing support from the community and the parents,” Heist said. “I think it has become a community-wide culture – this is what we do here at PV on Friday nights. I hope to see them out in force again this week.”

More than that, Heist hopes the Vikings can reward themselves and the community with the school’s first trip to a district championship game. The Vikings have been to this point twice, in 2013 and 2016, but the 2022 team has the opportunity to reach an unprecedented level.