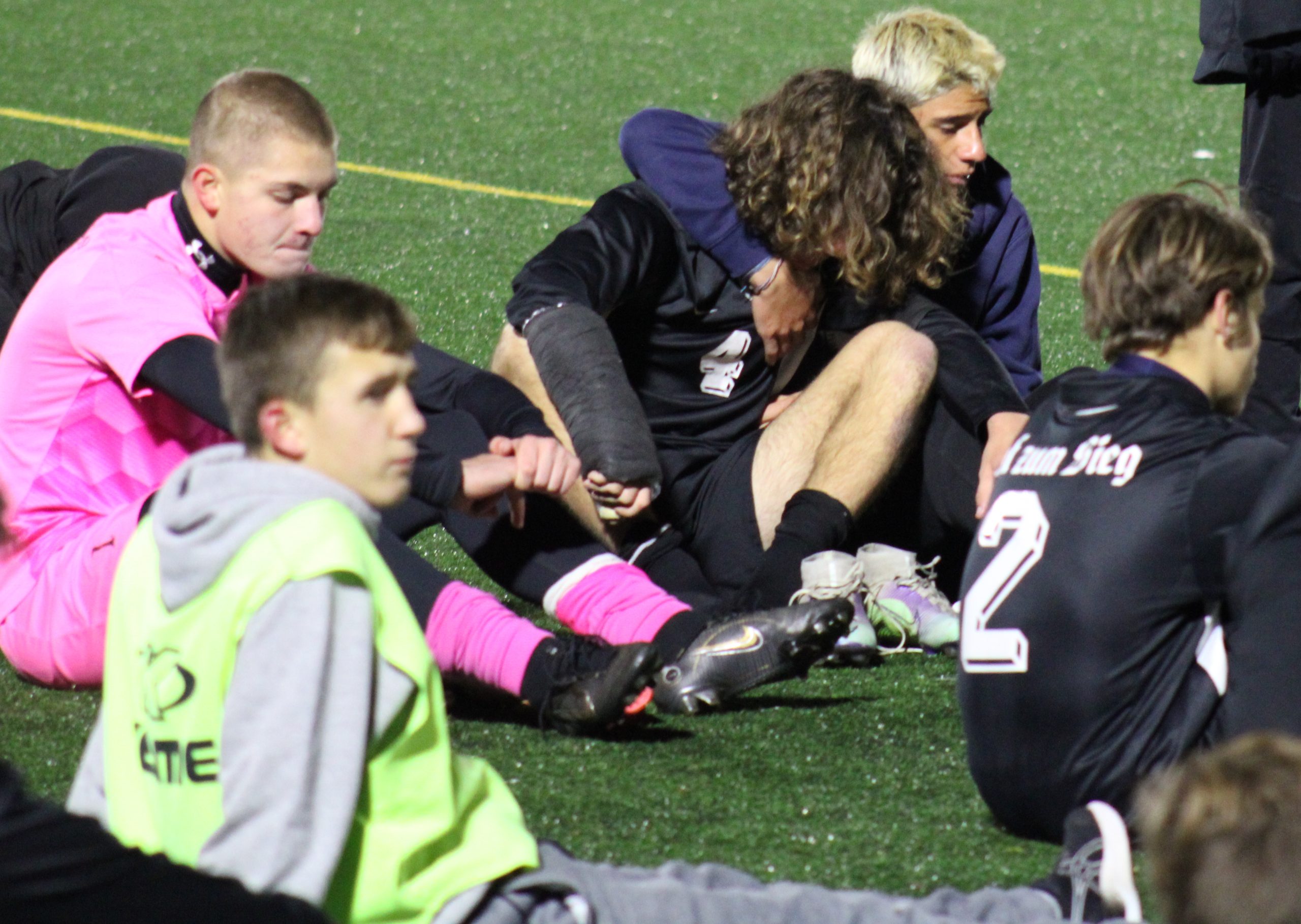 WHITEHALL >> Faith Christian drew even with Moravian Academy with just 1 minute and 44 seconds left in regulation Wednesday night, a goal by junior Colin Moyer deadlocking the score at one apiece and sending the state semifinal match into overtime.

Faith went into OT with both confidence and momentum. A third straight trip to the PIAA-1A final was within their collective grasp.

But Moravian Academy struck two minutes and 23 seconds into the extra session, a header by Saleem Diakite bouncing underneath the crossbar and just over the goal line to advance the District 11 Champs into the state final Friday against Winchester Thurston.

A fantastic run by Faith came to a close.

“In overtime, that was a a great play (by Diakite). The kid just put it on frame and beat our keeper (Roman Sigafoos). That’s soccer. Kudos to them — I wish them the best of luck and we’ll probably see them next year.”

Moravian’s path through states included a 1-0 (4-1 in PK’s) win over Dock Mennonite and a 4-0 victory over Holy Cross before going OT with Faith.

The Lions put on the pressure in the second half.

“We made a little bit of an adjustment and told the guys what we needed to do,” Clymer said. “We subbed a little bit more freely and had the win at our backs.”

After Diakite set up Selman Eris to give Moravian a 1-0 lead at the break, Faith went to work.

Moyer very nearly tied the game just two minutes into the second half, outracing a pair of defenders and getting off a decent shot, but it banged off the far post.

Faith had a huge edge in corners and kept generating chances for the majority of the second half, pounding the rock until Moyer tied things up.

It looked like Faith’s momentum would spill into overtime, but it was not to be.

Still, the Lions are a young team moving forward.

“We had three seniors (starter Antonio Luciano, Liam Rea, Randall Elvin). It’s a very young team – a lot of sophomores, a good handful of juniors and some good kids coming up,” Clymer said. “So we should be deeper next year than we were this year. We’ll be back.

“You don’t wanna lose this taste in your mouth. You wanna have that drive you in the offseason, the weight room, and let it motivate you.”