Dtown East finds some redemption with romp of Dtown West 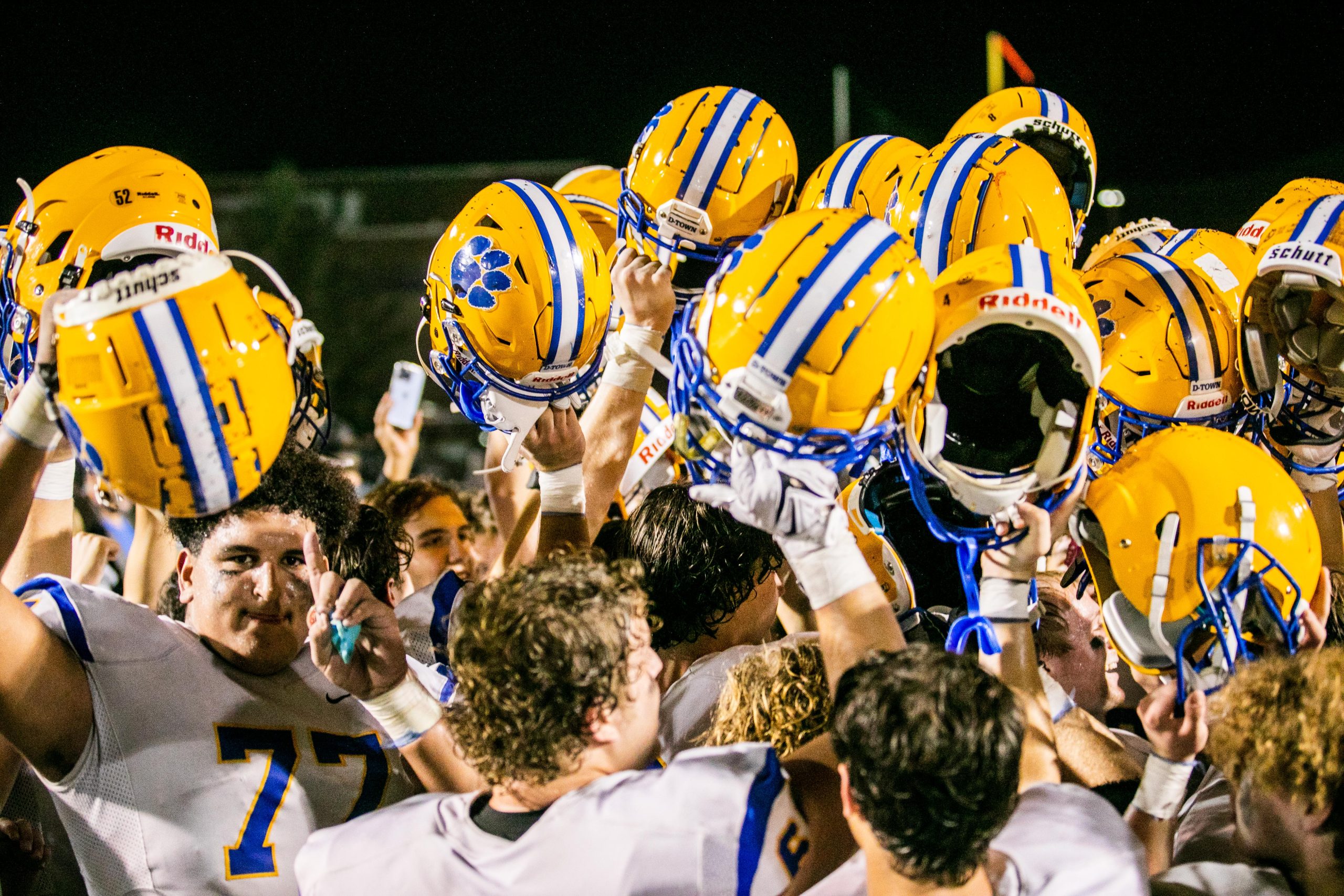 DOWNINGTOWN >> For a decade, Downingtown East had to sit and watch Coatesville and Downingtown West make their runs to the top of District 1.

Friday, at Kottmeyer Stadium, the No. 12 Cougars found a bit of revenge, following up their first-round win over No. 5 Coatesville with a 34-9 victory against No. 4 Downingtown West in the District 1-6A quarterfinals.

Bo Horvath ran for 275 yards and five touchdowns and the East defense was sterling, as the Cougars advanced to the district semifinals for the first time since 2014, and fourth time, ever.

“We know we’ve had a lot of two-and-outs in the playoffs and this group did not want to go two-and-out,” East coach Michael Matta said. “The seniors said in December they were not going to get to the end of the season and say ‘we’ll do better next year.’ They did whatever it took to not do that. They’ve been winners their whole lives and I knew, given the chance, they’d be OK.”

East (9-3) ended its regular season with a four-point loss to Coatesville and a three-point loss to West (9-2). Since trailing 15-0 to the Red Raiders late in the second quarter, last week, the Cougars outscored Coatesville and West by a combined 65-9, to set up a date with No. 1 seed, Garnet Valley, Friday.

From the get-go, East seemed to be playing downhill. West kicked off and the ball took a Whippet bounce, but Mike Waite collected it and returned it 45 yards to midfield.

From there, Horvath was an unleashed animal. He tore through the West defense, breaking tackles and finishing runs all the way until the four-minute mark of the fourth quarter.

“They had us on the ropes early,” West coach Mike Milano said. “We all felt that on the sideline. Credit to (East). They had a great gameplan and played their butts off.”

Horvath finished East’s first drive with a one-yard touchdown, and following an interception by Mike Luongo off a dropped pass, Horvath punched his second in from a yard out.

West finally got a three-and-out on East’s third drive, but could only muster a 23-yard field goal by Ben Mehan in the first half.

After the Whippets turned the ball over on downs deep in East territory, Jamy Jenkins picked up his only completion of the night, a 31-yarder to Erik Thelander.

Horvath broke free for a 41-yard score on the next play and added his fourth TD from 46 yards out before halftime.

“I think everyone was just a little more (ticked) off this time,” Horvath said of the rematch. “We wanted the win a lot more and that helped a lot.”

The Cougars’ workhorse finished the scoring in the third with a nine-yard jaunt, giving him eight TDs in two playoff games. Horvath also has 530 yards this postseason. In his last four games, two against Coatesville and two against West, Horvath has 141 carries for 801 yards and 11 TDs.

The Whippets put up 294 yards of offense but could not finish drives and clearly missed Dean Hangey on both sides of the ball. Quarterback Quinn Henicle passed for 168 yards, but took a beating and Jake Kucera 94 total yards on seven offensive touches.

East opened its season with a scrimmage against the Jaguars, and will need to beat them to reach its first district final since 2005.

“Can you give me until tomorrow to fret about (Garnet)?” Matta asked. “Right now, I’m pretty pumped.”

West walked off proud of its season in which the Whippets made the playoffs for the first time since 2019. With Henicle, Hangey and Kucera, among others, back next year, the future is promising for West.

“We tasted the playoffs and had a share of the Ches-Mont (National) title,” Milano said. “We have a great group coming back, but we lose a great group of seniors. They were the COVID-kids, going 2-2 a couple years ago and then the tragic loss of Cos Villari and those heartbreaking losses to Coatesville and East last year. This group got us out of the ashes.”