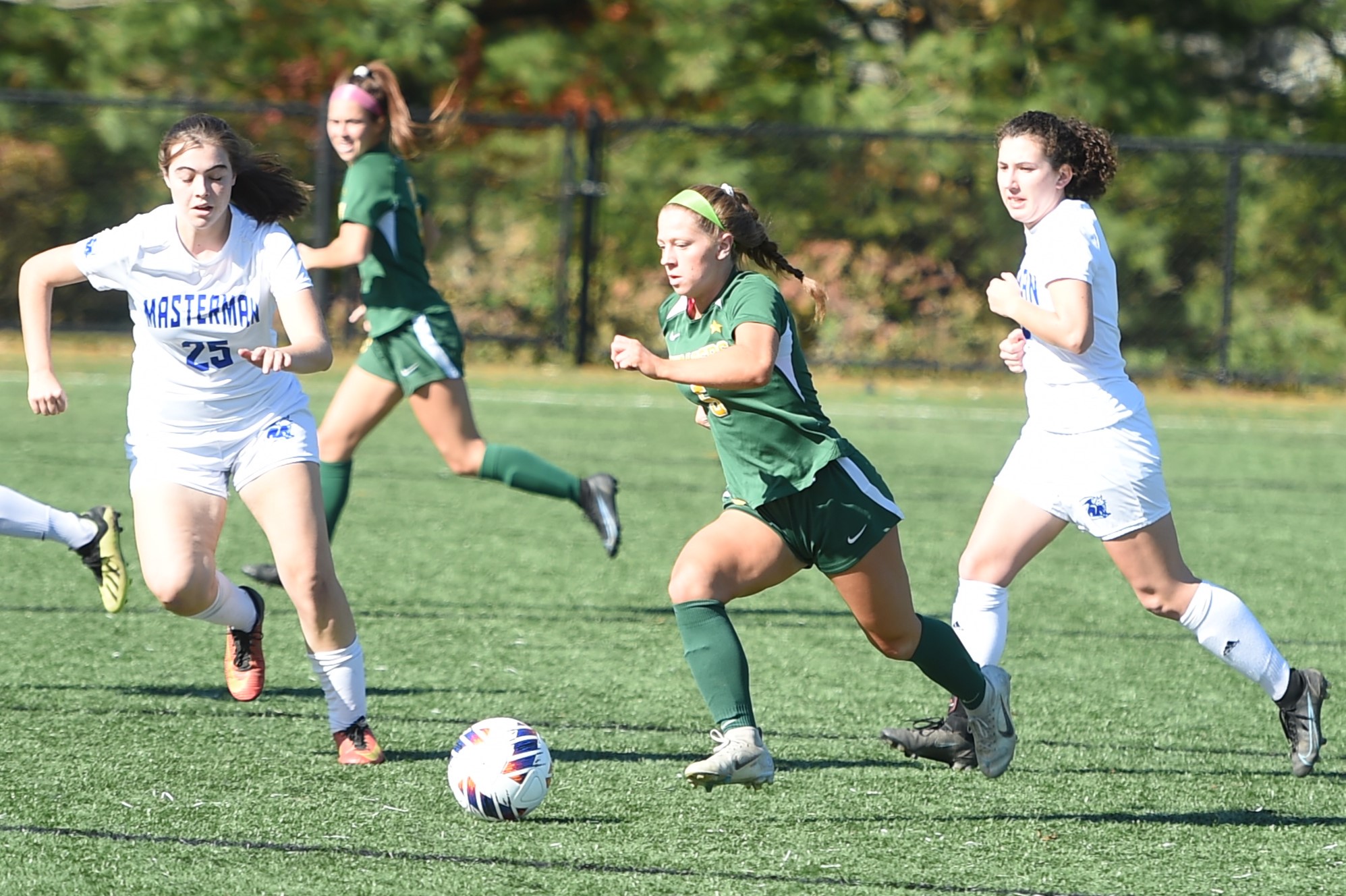 PHILADELPHIA >> Tuesday night marked the end of the line for a strong class at Lansdale Catholic. The Class of 2023 seniors, who were freshmen when the Crusaders won the PIAA-2A state title in 2019, played their final high school game together when they lost to Trinity, 3-2 (6-5 PKs), in the first round of the state playoffs at Ramp Playground.

Steinbach generated chances throughout Tuesday’s game despite having the full attention of Trinity’s defense. She put a shot on goal in the second half that Trinity’s keeper just got a piece of to keep it a 2-1 LC lead. In the second overtime, Steinbach put two solid shots toward the goal. One went just wide of the net and the other just high.

Saulino made six saves in the 110-minute game. Highlights included stopping a corner opportunity early in the second half, knocking away a good scoring chance late in the first overtime and a full extension, diving save in the second overtime.

“This is the class that won a state title when they were freshmen,” LC coach Bree Benedict said. “I think this just shines a light on how difficult that was and reminds them of how special that run was and how special it is to win one. We’re grateful to have gotten that one, but a little bit tough that we couldn’t put this one away because I thought we had the right people to do it.

“(I look at this season) with an immense pride for this senior class. It’s not easy when you win a state title as freshmen and you’re the leading part of it going into your sophomore year and you have a target on your back. I know we had a target on our back the last couple of years in the PCL because we’re the only ones that have ever won a state title. It made every game that much harder. For this group to go from their sophomore year to their junior year and now put us back on the map as seniors is a really special thing. I truly feel like they rebuilt the program from that state title run. All credit to the senior class, they’re great kids.”

The Pennridge and Central Bucks West girls soccer teams are set to meet for a fourth time this season.

This time, the winner goes to state final four, loser goes home. After Pennridge beat Central, 7-0, and West got past Parkland, 2-1, in the first round, the Suburban One League Colonial Division rivals will meet in the PIAA-4A state quarterfinals Saturday.