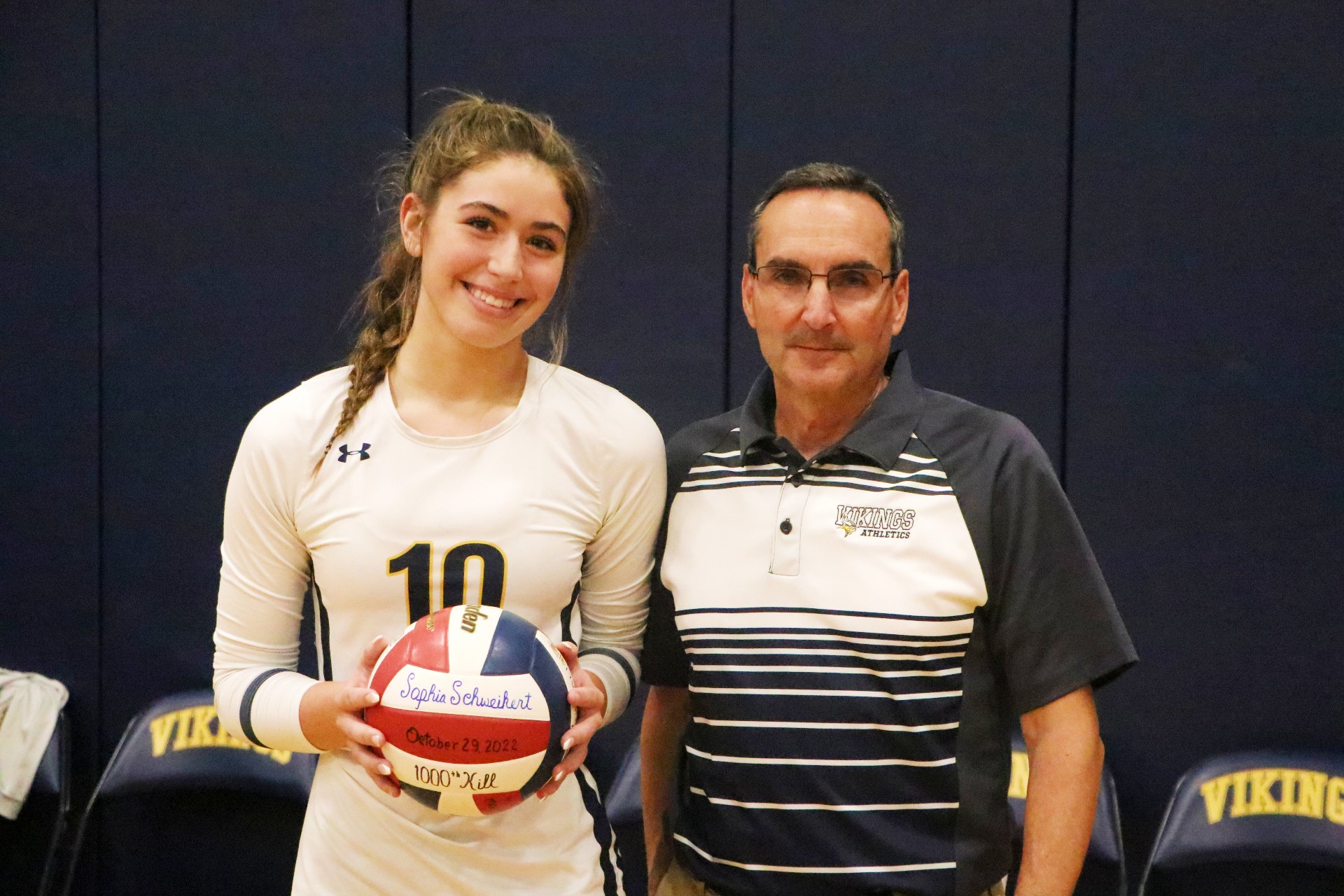 KING OF PRUSSIA >> With its season on the line, No. 13 Strath Haven girls volleyball faced a tall task on the road in a District 1 Class 4A playback at No. 9 Upper Merion. But as the match wore on, the Panthers were well in it despite dropping the first two sets.

A nine-point win in the third set and a fourth frame that came down to just a small handful of plays gave Strath Haven much promise, but the Vikings did just enough to prevent a five-setter.

“I think we’ve been an underdog from the very beginning of the season coming off of last year’s season,” Panthers (14-7) coach Mary Kirchner said. “I don’t think people really expected much from Strath Haven and this is a really special group of girls.”

Vikings take the fourth set 25-22 to survive and advance.

Strath Haven’s season comes to an end, Upper Merion will face the winner between No. 6 West Chester East and No. 10 Downingtown West for a state tournament berth. pic.twitter.com/6DVKurQ9gv

Prior to the game, Upper Merion outside hitter Sophia Schweikert was honored for reaching 1,000 kills in her career. The sophomore added another 27 to her highlight reel on Tuesday.

“For me, it’s really exciting because I was stressing that I wasn’t gonna get it this year,” Schweikert said. “But I really tapped in and was like, ‘I really want to get this, I’m going to do as much as I can to get this milestone this year.”

The elite figure came against elite company on the road at top-seeded Unionville, which bounced the Vikings to the playback on Saturday.

Sophia Schweikert (@sophvolley2025) is honored prior to the game for being the fastest Upper Merion player to record 1,000 kills in program history. https://t.co/tKUrqSAOeY pic.twitter.com/jCbqQ5YEqX

While Upper Merion retained some cushion and coasted out the opening frame, the second set saw a much tighter finish heading toward the stretch. Strath Haven held a 20-19 lead before the Vikings pieced together a late five-point run to help go the distance.

“I think we finally started being smarter about our plays, because we were just hitting and hitting and we were getting blocked,” Schweikert said. “We had to start tipping and we had to make sure our defense was good.”

A bulk of those blocks came from middle hitter Amelia Andrews-Sullivan, who kept a dominant presence at the net with nine blocks while adding 10 kills for the Panthers.

Caitlyn Daywalt put up 39 assists for Upper Merion and has been not only a key component of the Vikings’ offense, but the go-to setter for Schweikert (16 digs). The dynamic duo for Upper Merion bettered the communication following the 25-16 sucker-punch third set.

“With Caitlyn, we talk,” Schweikert said. “If I get blocked on a ball, we talk about it and we try to either push the ball further to the middle or push the ball more outward. She listens to where I want the placement of the ball and it turns out as a kill.”

With an offense that was able to go blow-for-blow through the third and fourth sets, Strath Haven was down 23-22 in the final frame, looking to sweep the rug out from under the Vikings.

But with a quick two points in part but a tip at the net from Despina Kourtidis to ice it, Upper Merion was able to do just enough to keep the match to four sets.

“When they gel, they gel. And they can surprise a lot of other teams. It’s a tough loss today, which ended the season, but I’m really proud of them,” Kirchner said. “They left their hearts right on the floor, every single one of them.”