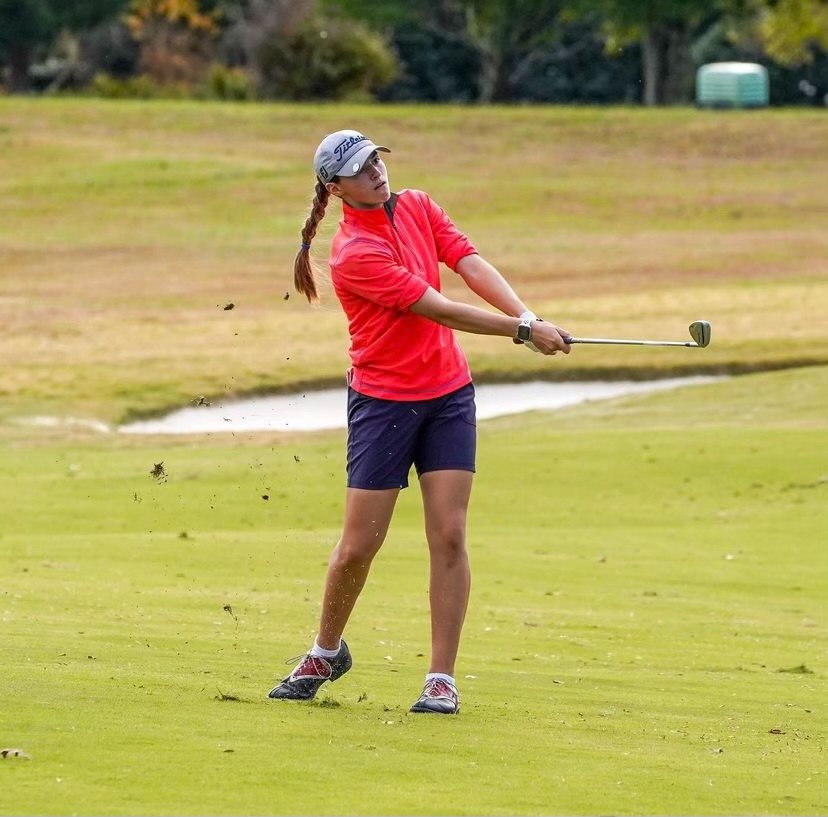 After sweeping the PIAA, District 1 and Central League golf titles as a junior, Yermish repeated the hat trick this fall, culminating with rounds of 72-67 at Penn State to capture the state title.

“Sydney encompasses all of the attributes of a true champion,” said  Lower Merion golf head coach Scott Seibert. “She is physically strong, mentally tough and the moment is not too big for her because of her tireless preparation to improve herself and her game. Sydney is a terrific golf champion and an even better person.”

Yermish is a cool customer under fire – on and off the golf course. She serves as a volunteer first responder at the Penn Wynne-Overbrook Hills Fire Station, and last year, because of the passing of firefighter Sean DeMuynck, she started ‘Birdies for the Fallen’ campaign to raise money and awareness for the National Fallen Firefighters Foundation. During the 2021 PIAA post-season, she raised more than $18,000 through leadership links.

“It was truly amazing – the campaign to raise money went well beyond any expectation I had and I was incredibly grateful to be able to help families who lost loved ones and friends on duty,” said Yermish.

On the golf course, Yermish is strong off the tee, and she credits part of her success at the PIAA state tournament to her favorite club, a driver with a TS13 club head and a stiff shaft.

“My driver was working well the entire tournament, which really helped me score because I never had to rescue myself out of tree lines and other hazards,” said Yermish.

In the final round, Yermish used a big drive to carve out an eagle on the par 5 sixth hole.

“On the sixth hole, there’s an open area, taking a line aiming left of the fairway,” said Yermish. “I hit a perfect drive on that exact line and was set up with a fairly short second shot. I hit that shot about 10 feet from the hole and sank the putt.”

Her playing partner in the final round, Kayley Roberts of Phoenixville, who was tied with Yermish at the time, also eagled No. 6.

“From that point on I knew this was going to be a good day for back and forth competition,” said Yermish.

Yermish’s putter caught fire in the final round of the state tournament.

“I was making many clutch putts to keep the par train going and a couple good birdie putts,” said Yermish, who carded 10 birdies and 18 pars at the PIAA tourney, and only seven bogeys.

“I enjoyed my time at Penn State and had a great time, especially since it was my last year, I took it all in,” said Yermish. “I thought the change in venues was nice, Penn State provided more accessibility for all competitors than Heritage Hills although I believed the two courses played very similar.

“I was surprised how short the PIAA set up the White course, but I used that to my advantage.”

Yermish particularly enjoyed the Penn State venue because it allowed her to spend time with her friend from junior golf, Michelle Cox, who has competed in PIAA events and who now is a sophomore on the Penn State women’s golf team.

“She came to watch me play, and I got to hang out after with her after my rounds,” said Yermish. “She’s a great player and influence and I haven’t been able to see her since she went to college. It was amazing to catch up with her at Penn State.”

“I woke up on the morning of the first round with a fever, but battled it out the rest of the day to stay in contention,” said Yermish. “During the entire event I felt very poorly but I just continued to play steady and take my breaks when I could. I wouldn’t have been able to do what I did without my coaches, who worked tirelessly to make sure I felt as good as I could have – they offered me a cold towel on every hole to bring my fever down.”

Yermish’s family belongs to Rolling Green Country Club and it was when the club hosted the 2016 U.S. Women’s Amateur tournament that really sparked Sydney’s interest in golf.

“I got to meet and hang out with all the players, and I was truly inspired by certain players and the overall experience,” said Yermish. “I remember turning around and being like, this is what I want to do.”

Her favorite hole at Rolling Green is the 13th.

“I like the 13th because in my opinion it’s the hardest hole on the golf course,” said Yermish. “I like the challenge and the fact you need to hit good shots to be rewarded on that hole.”

Yermish’s favorite course (of ones she has played) is the Monterey Peninsula Country Club, in Pebble Beach, Calif.

“It’s a spectacularly-designed course with even better views of the ocean,” said Yermish.

Yermish’s favorite golf coach is Mark Sheftic, whom she credits for her never-give-up attitude.

“Mark always says to keep in the competition, never led up or give up,” said Yermish. “I trailed [Roberts by one stroke] going into the second day of the state tournament, and I knew throughout the day to never give up on it, anything can happen and with that mindset I was able to play just a really consistent round of golf.

“I owe everything I know in the golf world to Mark, because he has been there at every stage in my golf career and my life.”

Sheftic, currently the Director of Instruction at Lookaway Golf Club near Doylestown, said, “When people ask me what make Sydney such an amazing golfer my answer is always the same – her mind set, it all starts from how you think.  Sydney wants to be the best and she’s not afraid to be the best.

“Next, when Sydney hits the golf ball it makes a different sound than most.  Sydney has put in a great deal of time to develop and condition her body to perform at the highest level.  Her distance with her irons and driver is comparable with the best on the LPGA.

“I would then rate Sydney’s short game as one of the best I have seen.  She is a tremendous with her wedges.  Sydney‘s success is not luck – winning is not based on luck, it is based on many traits that gets you to the finish line ahead of everyone else.

“Most important, Sydney is an amazing person outside of golf.  Sydney’s influence on people has a positive impact.”

“Her work ethic and passion is inspiring – she always strives to do better and always improve,” said Yermish. “She is a great ball striker; however, her wedges and touch around the green is spectacular, and I would like my game to model hers in that particular area.”

Next year, Yermish will play golf for the University of Michigan.

“When I stepped onto the University of Michigan campus I instantly loved it,” said Yermish. “I enjoyed the size of the campus yet the feel of the tight-knit community. I also wanted a top notch academic school, which Michigan checks. I plan to study a major specific to only Michigan called Biopsychology, Neuroscience, and Cognition – this covers mostly psychology while touching on the science of the brain as well.”

Favorite golf ball: Titleist Pro V. “I like how the ball reacts as I hit, especially around the green with the amount of spin it provides.”

Person I most admire, and why: “Sean DeMuynck – for his passion, inspiration and heroism.”

(To be selected as Main Line Athlete of the Week, a student-athlete must first be nominated by his or her coach.)